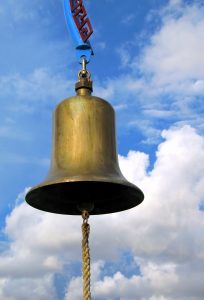 Blog-Buddies, I didn’t see this one coming. Instead I simply was looking forward to one more delightful session with JESSE. Yet, soon as I did the usual Skilled Empath Merge near the start of our time together…

There it was. Age of Awakening Enlightenment!

Introducing the Latest RES Client to Move into Enlightenment

JESSE has been my client longer than most. During these years, he’s had loads of RES sessions. Especially significant may be his many past-life regressions. These were, of course, using the jet-propelled system of Soul Energy Awakening Hypnosis®.

But also significant? JESSE has been an RES Apprentice for many years. Like many with day jobs in conservative fields, JESSE isn’t listed at the part of my website about RES Experts. He belongs there, though. And he’s there in spirit. Survival (with a good income) has to come first. I celebrate reasonable priorities.

As one of my Apprentices, though, JESSE has learned excellent skills:

Finally, JESSE has attended many in-person RES workshops. Including the “Accelerate Enlightenment” Workshop last year. Who else attended? TATIANA and BRYAN, that’s who. (Plus many more spiritual sophisticates….)

Note: In 2019 I’m offering TWO new Enlightenment Coaching workshops: “Your Sacred Body” and “Spiritual Clarity on Your Path to Enlightenment.”

Well, Blog-Buddies… Since you’ve been properly introduced now, here’s the story of…

The world is not crashing in on me any more. More like, it’s expanding out.

And you know what? I like being here on earth now.

Subtle shifts to consciousness, right? But with big practical implications. Like this:

In most social situations I’m confident at how I act. I’ve realized, I’m fairly normal.

So now, what happens if problems come up when I’m dealing with somebody else? I know it’s not necessarily on me, on me.

Another example involves how JESSE has come to handle anger. Quite spontaneously!

Before I would keep anger in, not saying anything.

Come to think of it, now I respond back right away. I tell people to realize when they are the ones who are acting inappropriately.

Not that JESSE’S life is heavy on conflict right now.  But many folks he deals with on a day to day basis are in spiritual shutdown. (For details, scroll down to the turquoise box.)

No HSP would find them easy to handle. Let alone an empath like JESSE — Except that he’s established some very reliable Empath Empowerment® Skills,  helping him progress with his personal growth

Over the years, I’ve researched quite a few of these characters. So many of these co-workers are living in

It’s not easy for JESSE, being so different.

But that sure hasn’t stopped him from progressing with his personal growth.

Incidentally, all of these are shared today with his permission….

Regarding his life outside work, JESSE said:

Here we get to a really distinctive characteristic of life on earth now. Meaning, life in The Age of Awakening.

All human beings can evolve super-fast now, both emotionally and spiritually. How much faster? That depends on our choices and follow-through.

No wonder I recommend creatively setting goals, as described in this how-to book.

However, it bears repeating. All of us can evolve super-fast.

How about Moving into Enlightenment?

Did JESSE Notice When It Happened?

Actually, he did. Although he still didn’t recognize that what was happening to him was Enlightenment. So that a higher state of consciousness would show up, distinctly, during Enlightenment Validation. More than a subtle inner shift but… the real deal.. Enlightenment.

That said, here’s what JESSE noticed:

One morning I was walking to work, when I felt like I was expanding out. Expanding in a new and natural way.

Usually it takes a bit of validation to recognize when one has moved into Enlightenment.

“It’s not like what I thought it would be,” JESSE told me during our session. And when he did? I’m pretty sure that I heard, through his voice on the phone, a great big smile.