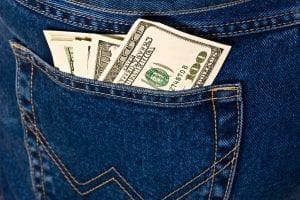 Success Price. Let’s return to the theme of many an article here. Although it’s been years since we’ve had a blog conversation about “paying the price.”

To get in the mood, search here on “Pay the Price.” You’ll find loads of past articles on this theme. Especially a lot of guest posts.

Or simply ask yourself: Do you often groan, “It’s not fair”?

Does it sometimes drive you nuts how people who don’t seem to deserve riches or fame… Wind up winning so many of life’s big prizes?

Here’s what consoles me:

For Any Good Thing People Get in Life,

And that price has been paid in full. Really! This applies to any achievement or “luck” that we might envy in somebody else.

You and I, every person alive — we always pay for the good things we get. Only it’s a hidden price.

Earth School is set up in that mysterious way. Like it or not.

Today’s article will be the first in an occasional series of NEW articles on Paying the Price.

Because knowing about this causational principle can bring serenity, as well as determination. Yes, determination!

Expanding upon a familiar saying:

And also provided that you’re prepared to wait for the karmic wheels to turn.

What Got Me Thinking Again about Success Price

It was a cookbook review like no other. Quite regularly I read the Washington Post “Food Section” on Wednesdays. But never have I encountered a cry of anguish and perplexity like this article by Bonnie S. Benwick.

Clearly, in Benwick’s article, she’s trying so hard to be polite. Read it and you’ll learn how simplistic the “Magnolia Table” recipes are. As for the reaction of taste testers at the Post? Priceless!

Benwick quotes Canadian food writer Wendy Underwood, praising the cookbook. Perhaps Benwick chose this quote as a sample of praise to balance the story. Or maybe she hopes that readers will personally salt this sentence with sarcasm:

“The flavors and ingredients used aren’t too challenging or experimental for most North American palates.”

Gushing praise, for a certain kind of readership? Or a burn?

Sure, her recipe partner had to sign a nondisclosure agreement.

Yep, Joanna is best known for her reality TV show, “Fixer Upper.” It ran for five seasons on HGTV.

And yet, “According to NPD Bookscan, “Magnolia Table” was the No. 2 bestseller across the entire book industry last year, behind Michelle Obama’s autobiography.”

By comparison, how about “Mastering the Art of French Cooking” by Julia Child? It’s one of the most influential cookbooks in American history. Hello! After decades, sales build all the way up to 1.5 million.

According to Benwick, a food writer I admire greatly… How many copies do most cookbook authors sell? Specifically, authors who manage to get substantial food media coverage. How well do their books sell? Just 7,000 to 10,000 copies.

For a dedicated food writer like Benwick, Gaines’s success could be crazy making. Seeming so not fair!!!!!!!!!

Yet even disregarding Joanna’s reality show fame, guess what? In terms of social class, I think it makes plenty of sense.

My impression of most food writers? Solidly middle class — at least. Often upper middle. Or even upper class. Hint: “The Barefoot Contessa.”

By comparison, to her fans, Joanna Gaines might come across as refreshing and real. “One of us.”

Why else do so many people admire Joanna Gaines?

Aura reading reveals something that’s also quite popular: Like an estimated 45% of Americans, Joanna Gaines lives in spiritual shutdown.

Most Important, Though, Is Paying the Success Price

You can be sure that Ms. Gaines has thoroughly paid the price for her huge success.

That’s why she got the reality TV show. (Could be, reality TV exists as a way to help people live out the fame karma they have been building for lifetimes.)

It’s no accident that she happens to be the fine, photogenic, blue collar-looking specimen who published an awful cookbook. Excuse me, published a huuuuuuge hit cookbook.

Yes, Shockingly or Not

In a way, Gaines’s success reminds me of another breakout star, Debby Boone.Do you recognize the name? She’s the daughter of a one-time household name in America. That would be the handsome singer and public Christian, Pat Boone.

In 1977 Debby had a breakout hit, the catchy religious song, “You Light Up My Life.”

I remember hearing an interview she gave at the time. Where she bragged that she never practiced singing. Instead she just trusted in the Lord.

What a head-slapper moment that was for me. I couldn’t get it. Why was Debby so “richly blessed”?

Of course, by now I understand. Debby Boone earned it. Just not in this lifetime.

How Can It Help Us,

Understanding that Everybody Pays the Price for Success?

Simply put, we can do our reasonable best, in career and in relationships.

Over time, all of that will add up.

Also, I would recommend using the success strategies in my how-to book with “10 Secrets for Success and Prosperity.”

What else wouldn’t hurt? Being kind to people.

In Benwick’s article, for instance, she quotes Joanna’s photographer for the book. Saying, “she could not have been more lovely.”

Blog-Buddies, I’d love to hear your reaction to this article.

Especially, I’m curious if you’ve been bothered by people who seemingly never earned their success. Stories, anyone?

Does it help to consider that your disliked person… really did pay the price? Just not necessarily in this lifetime.