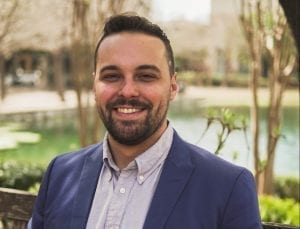 New Energy Spirituality Practitioner LEO WATTS shares his story. How did he come to graduate as one of the first in this emerging field for emotional and spiritual growth?

New Energy Spirituality Practitioner LEO WATTS shares with us what led to his gaining professional credentials. What led him to seek out those Really Effective Skills?

This year he has also landed on my Enlightenment Life List. Plus the list about Energy Spirituality clients and students who have moved into Enlightenment.

Today he shares his thoughts on becoming an Energy Spirituality practitioner. What follows is his guest post.

Free Will or Meant to Be?

That we’re fated for some predestined path or another has been debated in most every culture and religion since the dawn of human civilization. This notion lies at the core of major shakeups in the Christian church, forms a key tenant in Islam, and is discussed in Hindu scripture.

I believe in free will, but also that key components of our lives are set in motion by certain force before we arrive here on earth. Before we graduate from kicking and screaming to walking and talking.

My life has been marked by a seeking of truth, by a search for the underlying logic of life. Reputedly, as a child. I annoyed my family ad nauseum. Because I kept asking the question “why,” trying to figure everything out.

A childhood memory that stands out vividly to me is a moment in morning chapel at my private elementary school. Kneeling in the pew, while the priest led prayer, an image popped into my mind’s eye: a simple brown wooden chalice.

Its meaning was clear even to my seven year old self: “Enlightenment – this is what you are seeking.”

I lacked a solid frame of reference to understand this symbol, but it stuck out: a moment of crystal clarity in a childhood of enthusiasm and confusion.

As I grew older, my drive to know and understand expanded. I read deeply and widely, seeking wisdom in texts.

This drive consumed me, fulfilled me, drove me to declare Philosophy as my major in college, with no end beyond “figuring it all out.”

Seeking truth, I studied with an internationally celebrated professor. But when the sterile analysis of theory did not quench my thirst for universal truth, I switched to Psychology.

And when this abstract, limited paradigm fell short of what I felt of explaining the deep, compelling mysteries and beauties of humanity, I changed majors again.

This time I switched to interdisciplinary studies — affirming my holistic interest in society, history, and language. By then I abandoned hope that formal academic study would settle these persistent internal questions.

In truth, my life had not been a cakewalk to that point. While I excelled academically, I struggled in many ways. Such as:

Yet I never lost hope. Instead I pushed on, fighting against my own frailties. Somehow I was bolstered by an internal strength; it would not allow me to give up..

So How Did I Discover Rosetree Energy Spirituality (RES)?

Through a happenstance Google search, I happened upon a post about Empaths.

After checking off many items on the list, I spent $15 dollars to buy what’s now called “Empath Empowerment in 30 Days.”

At the time, I held out hope that I could overcome some of what I saw as my weaknesses around sensitivity. Basically, I believed that I had a weak sense of self. Besides, it seemed to me that, in the face of adversity, I’d collapse into internal chaos.

I’m glad I spent that money, because no book before or since has so radically changed my life. I can fairly neatly organize my life into Before and After becoming a Skilled Empath.

That book gave me a new lease on life. That Empath Empowerment® might really make a difference… it seemed unimaginable, but I knew I could not deny that truth.

Soon after, I decided to book a phone session with the book’s author, Rose Rosetree. I brought with me thousands of pounds of skepticism (I was still, mostly, an atheist after all) which quickly evaporated.

In that session, I experienced a flashy, bright, and colorful experience of a vivid, superhuman healing. The impact was so noticeable and smack-me-up-side the head… that it was impossible to ignore.

Surprisingly I was starting to think that maybe I’d found something useful — something much different from, but more useful than, anything I’d seen before.

How My Curiosity about Energy Spirituality Grew

I took a few workshops with Rose. Also I became a regular client.

Gradually my conviction in this system of healing and insight grew. Although certain key components seemed to defy my intellectual convictions.

As a scientific materialist, I saw my skepticism melt away in the face of undeniable results.

While many cannot accept any truth beyond that which can be externally quantified, I grew to understand the primacy of a lived experience. From my perspective, the truth stared me so squarely in the face. To negate the impact of Energy Spirituality would, from my perspective, constitute a callous self deception.

After All, What Is The Point of It All?

Thinking men and women have always stopped to ponder:

For me, I’ve always returned to the themes of less suffering, more joy, and more truth. If a life is a journey, it stands to reason: increasing that journey’s relevance, its truth value, and increasing its beauty and joy constitutes a valuable consideration in and of itself.

So I Applied to Become an Energy Spirituality Apprentice

After Rose accepted me to her Mentoring Program, I grew intent on studying. Seeking to better understand this system. And perhaps preparing myself to share its usefulness with others.

In order to graduate, I had to complete 40 session reports for Rose. It was a gift to benefit from her insightful and rigorous teaching and guidance. At certain times I felt frustrated that she demanded a lot from me. Because she insisted on thoroughness if at times I preferred to settle on good enough. At times I wondered why strict adherence to precision was necessary.

From my perspective now, I can understand now the importance of systematic, carefully designed instruction.

To develop a new system is difficult, but to teach it is even harder.

Energy Spirituality makes sense, yet much of its core tenets are quite counter-culture — for example going against the prevailing wisdom of pop psychology and also New Age systems of belief.

Although I had good Energy Spirituality Energy HEALING and Energy READING skills four years ago when I entered the Apprentice program. Yet now I can appreciate how mentoring with Rose has vastly upgraded the depth and breadth of my learning.

Seems to me, it is an honor but also a grave responsibility, offering sessions as a practitioner in a nascent field. Bringing a radically new system into the world is much more difficult than following tried and true paths, worn deeply into society and collective consciousness.

What Now, for this New Energy Spirituality Practitioner?

Stepping out into the world as a practitioner, I am eager to help others. Personally, I’ve benefited from real lasting growth. That includes recently moving into Age of Awakening Enlightenment myself. (No doubt, largely the result of receiving many Energy Spirituality sessions as a client.)

While many may come to Energy Spirituality with the idea or evolving spiritually, moving towards or into Enlightenment, for me that is not the main motivation. I’m probably more driven to help my clients with the mundane, insidious struggles that rob us of our potential:

Indeed, if I’ve learned anything, it’s that in the Age of Awakening, spiritual growth and personal development are intimately intertwined; they work best in tandem.

Throwing the human baby out with the pious bathwater is no longer a viable path for most seekers.

Now, perhaps more than ever, humans are called on to grow up. We have a sacred opportunity to claim ownership over our own hearts and minds.

Living now, ordinary people like me can become capable captains of our lives.

It matters, opening our eyes to reality, both good and bad.

It strengthens us to use our free will.

We ennoble ourselves when we endeavor to realize lives of joy, beauty, and abundance.

And it seems to me, that kind of life is available to us now. Energy Spirituality is one way to move toward the self-actualization prophesied by Jesus when he said: “Ask and it will be given to you. Seek and you will find. Knock and the door will be opened to you. For everyone who asks, receives. The one who seeks, finds. And to the one who knocks, the door will be opened.”