Corrupted Enlightenment Coaches. What to Believe? 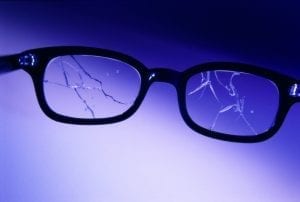 Corrupted Enlightenment Coaches. In praise of discernment rather than blind trust.

Corrupted Enlightenment Coaches. Unfortunately some – not all! – Enlightenment teachers can lose their way, particularly Non-Duality teachers.

Today I begin a series of articles. Aiming to bring you consumer smarts for seeking Enlightenment.

What’s the purpose of RES? To bring emotional and spiritual growth, using energy healing techniques that work now, in The Age of Awakening.

When I work with new clients, occasionally, what will that client request? Consumer perspective. Asking me to evaluate a growth practice that my client’s been doing. Such as a recent session I did for ANDY.

He asked for perspective. And he got it. Unexpected info! It shocked him, shook him.

Look, if you ask me about an Enlightenment Coach or other spiritual teacher, I’m going to tell you the truth as I know it. Simply put, consequences of any growth practice will show in a person’s aura. As it happens, I’ve spent decades researching such things. Using Aura Reading Through All Your Senses®, not simply vibing people out. (Which is notoriously unreliable.)

An Exception that Proves the Rule

Talk with me during your session. Only.

Between your sessions? I’m off limits.

Please do not tell me your story in emails. Or treat me like your new pen pal.

If you have a heart, or if you can count to 24 (meaning, total hours in my day), hello! You can understand. I need that policy to live in balance.

Consider, I’ve been helping people as a spiritual teacher, etc. since 1970. Not burned out yet. And not dead, either. A major reason why? That’s my Survival Policy. I need it in order to keep my balance as an Enlightenment Coach. Plus, all the other facets of RES.

So What’s the Exception?

As an exception, I am going to share what ANDY wrote me following his session. Granted, my first reaction was, sigh! Once again, I emailed back a warm-hearted new client; breaking the news of my Survival Policy. Later though, I told him I’d respond to what he wrote. Provided that I could do this at the blog. And if he’d give permission. (Which he did). You see, ANDY asked some excellent questions. What follows in this article and ones to follow are his questions, with a small amount of discreet editing.

I truly appreciate your honesty, and could feel a lot of compassion as well coming from you. It is clear to me that you are coming from a very authentic place. I appreciate you very much and hope you live a long life (selfishly)!

To be honest, I am still shell-shocked. And confused. And don’t know what to believe. There is also a lot that has happened in the past year that I haven’t had the time to explain to you.

Knowing what to believe NOW doesn’t have to depend on your past. It’s a present-time kind of empowerment. Whether evaluating an Enlightenment Coach or dance teacher or date, what to do? I recommend the following five tips.

Tip #1. Keep your sense of self. But let go of beliefs that might cloud your vision.

There’s a name for making choices that support you: Self-authority. That means, letting yourself be the authority in your life. Rather than somebody else.

Beware any belief system that becomes a security blanket. Like “Yoga is good for everyone.” Or “A vegan diet will help me evolve.” Really?

Better to ask some good questions. (As ANDY has done, and you can too.) For instance, a productive question to ask might be, “Can this Enlightenment Coach really help ME?”

Tip #2. Discount how popular or famous that Enlightenment expert may be.

Ever notice? We live in a celebrity-vanity culture. “The size of the following matters. The degree of fame matters most. Only the best people become famous.”

During the New Age Years, like millions of others, I became a fan of Louise Hay. Embarrassing or not, once I wrote her a letter. I loved “Heal Your Body” so much, I offered my services to record the tunes I made up for them. Just to help her other readers.

Haha. So true!!!! Squirmmmm. Especially since I don’t have the greatest voice in the world.

Anyway, what happened to Louise Hay’s aura in The Age of Awakening? She moved into Extreme Spiritual Addiction. Moreover, what about her top authors at Hay House? Over the years I’ve researched many of them for different clients. Or that ongoing free service, my  Enlightenment Life List.

So far, since 2013, every single Hay House author I’ve researched… Has been in Extreme Spiritual Addiction.

Yet, hello! Many of those authors and teachers are beloved. World famous! Including Enlightenment Coaches like Deepak Chopra and Eckhart Tolle. Ever hear of them? 😉

How nice for them that they have this wealth-and-fame karma! Unfortunately, this hardly has kept them from becoming corrupted Enlightenment Coaches. Among countless casualties in these early years of The Age of Awakening!

Does that sadden you? Me, too.

But many transitional times in history have produced terrible human tragedy. Now just happens to be one of those times.

Tip #3. Pay attention to what the person says and does.

Speech and actions — do they match up? If the Enlightenment Coach offers promises, do they really make sense to you? Or do those promises sound more like what you wish would happen… Like in a perfect world with rainbow colored fairies and flying horses.

You know, aspirational shopping is where you see a cute pair of jeans. Yeah, they’re a bit tight. But if you would only lose 10 pounds, those jeans would fit perfectly.

Unfortunately, keeping those pants in your closet doesn’t help you to lose the 10 pounds!

So, what’s aspirational trusting of an Enlightenment Coach? With Traditional Enlightenment, the expert seems so blissful. So happy and positive always. Never once annoyed or petty….

It’s very human to want to be that way. Only that “perfection” is often a great big illusion.

In The Age of Awakening, human consciousness functions differently than before. Unlike back in the Age of Faith, now we’ve got a new vibrational freedom. Learning how to use this makes a huge difference for gaining Enlightenment. (And also for staying in Enlightenment.)

One of the advantages of living now is that everybody can develop today’s new kind of literacy: Energetic literacy!

In a later article, responding to another of ANDY’s questions, this topic will come up more. For now, I’ll just state the practical point: Use your Stage 3 Energetic Literacy to read an Enlightenment Coach’s aura. That way, you’ll learn the truth about who that person really is.

Especially for an Enlightenment Coach, insist on somebody whose aura is in really good shape.

Tip #5. Choose an Enlightenment Coach who can help you now, in The Age of Awakening

As a smart consumer of Enlightenment Coaching, you have the right to ask questions. Maybe not by sending pen-pal-type emails. But look at the expert’s website. Or books. Or maybe even, that person’s blog.

Concluding this answer to the first of ANDY’S excellent questions, what follows? I’ll share a rather poignant, personal illustration about the importance of understanding the Shift into this Age of Awakening. Fact is….

Gurus from BEFORE the Age of Awakening

Couldn’t Anticipate What We Have Now

Living near the end of the Age of Faith, they had a sacred job to do. And they did it, best as they could. But they couldn’t imagine what it would be like, having the veil lifted. Here’s an example of being unable to anticipate what would happen. And where it gets personal, as part of my story.

As you know if you’ve read my teaching tale of spiritual awakening, I studied with Maharishi Mahesh Yogi. Then worked for him until 1986. First as one of his Initiators. Later, as one of his “Governors of the Age of Enlightenment.”

Yes, Maharishi predicted that a different time was coming. His name for this was the “Age of Enlightenment.” And he talked about it plenty.

Except, Maharishi Got It So Very Wrong.

I write that as somebody who literally spent a year at his feet, on courses. Plus, hearing — and kind of worshiping — his recorded lectures. Hundreds and hundreds of them.

Just one example — because the totality is a very long story — Maharishi taught that anybody in Enlightenment would soon progress… to spontaneously reading auras. (In his terminology language: Over time, Cosmic Consciousness would turn into God Consciousness. Automatic seeing auras!)

Nope. I’ve had friends in Enlightenment, including several Enlightenment Coaches and a highly influential Energy Healer. Guess what? They’d ask ME to use energetic literacy skills for them.

Like Rick Archer having me read his aura when he interviewed me about Enlightenment. (Hear and see this as part of our very long Buddha at the Gas Pump interview.)

Because whatever they had, it wasn’t Stage 3 Energetic Literacy. And I’ve been able to teach these essential aura reading skills to plenty of folks not in Enlightenment yet, either!

With three of my pals in Enlightenment, I offered to teach them how to read auras. Partly because I worried about their bliss-driven, old-time guru-encouraged, lack of discernment. Well, they refused. And now they’re all in Extreme Spiritual Addiction. Saying “I told them so” brings me the complete opposite of joy.

Unwillingness to adapt to this Age of Awakening.

Not corrupted because they were bad people. Oh, they were very good people. I loved and had close friendships with them.

When we hung out, they asked me to read auras for them. Repeatedly. Always I said yes. But they never respected the skill enough to bother to learn for themselves. They didn’t learn about The Age of Awakening, either. Never believed a thing I said about that. Unlike ANDY, they insisted on staying put in their favorite beliefs. Quite sure about what to believe.

In my opinion, how much sense does it make to ignore the transitional time when we live? Especially for an Enlightenment teacher?

That’s like running a factory 10 years into the Industrial Revolution. And still thinking that new-fangled machines like the Spinning Jenny are a hoax. Also, that “assembly line” production isn’t soulful enough.

On a course with Maharishi, he had us sing a little song:

“This is the dawn of the Age of Enlightenment. Life on earth will be happy and gay.”

Blog-Buddies, I’m very glad to live now. We’re in that different age, whatever we call it.

Living now, my personal life is enjoyable, although Enlightenment hasn’t removed all my problems. As for the work I do, it’s a great honor to serve as an Enlightenment Coach.

But I read the newspapers. Real ones: The Washington Post and sometimes the New York Times. Accordingly I’m not so sure about Maharishi’s prediction of “happy and gay.” Are you?

Please comment below. Or ask questions. Or share YOUR stories about how you have learned what to trust, what to believe.

From my side, I will be doing some follow-up posts. Aiming to do justice to ANDY’S other important questions on Enlightenment Coaching.