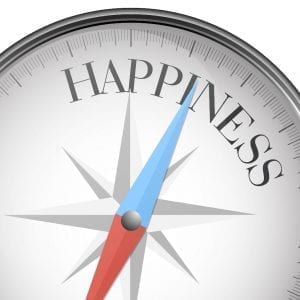 Today’s article is a continuation from my last blog post, concerning What to Believe?

Are you seeking personal growth? Spiritual awakening? The big deal called “Enlightenment”? Either way, it’s so important to use your self-authority. And also pay attention to reality.

Why trust blindly? Especially since you don’t need a Ph.D. to develop spiritual discernment.

I invite you to read the following. Then ask your questions and/or share your experience below.

Big thanks to my new client ANDY, who asked some great questions, inspiring this little series of articles.

Enlightenment Seeker’s Question #2. What about Their Good Vibes?

I wasn’t expecting your assessment of a couple of influential Non-Duality teachers in particular, as I’ve felt very positive vibes from them. (With some others you researched for me, there was a hint of skepticism).

You know what? I never expected those particular teachers to shift from Traditional Enlightenment. But many beautiful spiritual teachers and students have moved into Extreme Spiritual Addiction. This isn’t just random. Let me give you my well-researched perspective how that happens.

Before the Shift into The Age of Awakening, when it came to Enlightenment… there was only one way it could happen. Traditional Enlightenment.

In this state of consciousness, a person’s sense of self stops mattering. The biggest share of that person’s consciousness is God. Just enough human is left for survival to continue.

But the person in Traditional Enlightenment no longer cares much about that human self. A friend from my TM days, Cynthia Lane, describes this beautifully in an interview over at Buddha at the Gas Pump.

In this form of Enlightenment, mostly the human being remains that human being. Yet a considerable share of the Divine has taken up residence.

Over at batgap.com, I’ve given an interview about Enlightenment, too. (If you listen, don’t be confused by the names I used for both kinds of Enlightenment. I was still pioneering the knowledge. This has taken a lot of development, as you can imagine.)

Age of Awakening Enlightenment tends to be more stable. Although, energetically, this continues to be a tricky time to live for all human beings.

In these early years of The Age of Awakening, many astral beings are trying to get a piece of the action. (Why? You’ll find answers, plus strategies, in this how-to book: The New Strong.)

If you know people in Traditional Enlightenment, they pay scant attention to their human selves. Growth, for them, involves flavors of consciousness.

If you know people in Age of Awakening Enlightenment — including loads of articles here at this blog –– what’s different? Growth, for us, is all about our humanity.

Plus, we tend to be open to aura reading in detail. Whereas Traditional Enlightenment gurus discount that. (As noted in some detail in the post about “Corrupted Enlightenment Coaches.”)

What happens when opportunistic discarnate beings try to influence people in Enlightenment?

Ever hear of “The Romance of the Astral”? I sure hope so.

If you’re only going to open up one link from today’s blog post, open that one. Read it. The implications are immensely important.

Basically, unless people develop Stage 3 Energetic Literacy — which everyone can — another oops! While illiterate, energetically, it’s hard to tell the difference, when it comes to “good vibes.”

And for folks in Traditional Enlightenment, astral involvement can grow unchecked. In fact, the sweet spiritually-oriented person doesn’t have the discernment to think this is bad. (And yes, I’ve witnessed this with good friends. I warned them. What happened to them after a while broke my heart. My feelings healed. Their auras didn’t.)

By contrast, people in Age of Awakening Enlightenment have something far gentler. Sometimes causing “Enlightenment Eye Flash.” And that’s about as flashy as it gets. In general, we tend to find astral involvement icky. Especially so for you Blog-Buddies who’ve been reading my books. Or taking workshops like the two Enlightenment Coaching ones I’ll offer this year:

Enlightenment Seeker’s Answer F. At a Minimum, Do This to Gain Clarity

Apart from gaining discernment by developing Stage 3 Energetic Literacy, what’s a person to do? Pay attention to preposterous claims.

For example, I sure paid attention when a friend shared this YouTube video with me. The title is absolutely preposterous (according to my knowledge of how life works): “Healing and Awakening for Animals.”

It’s hard enough for humans to move into Enlightenment. As you may know. 😉

Far as I know, animals don’t have human nervous systems. So they don’t awaken spiritually. A certain degree of spiritual connection is built into the life form.

What if you really wish to learn to heal animals? Become a veterinarian. Or maybe it will help to study a rigorous system of energy healing, like “Healing Touch for Animals.” (Study, at least, if the latter hasn’t been corrupted; I haven’t researched this modality for any clients. However, I know from other research that many energy healing systems have been totally corrupted. Now they’re led by people in — you guessed it — Extreme Spiritual Addiction.

Apart from people being run by spirits… You know who else can magically heal animals, awaken them; heal people, awaken them; turn people into empaths, etc.? People taking drugs like Ecstasy. Where their awareness shifts to an astral fantasy land, and they feel all-powerful.

Simply trusting in Good Vibes to choose a spiritual teacher or energy healer? You can do better. I hope all of you will.

Corrupted Enlightenment Coaches. What to Believe?
Please Vote for this Blog as “Best Personal Development Blog”