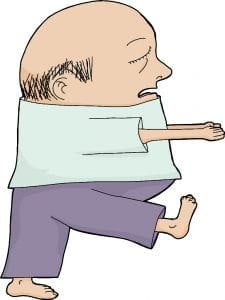 Polyamory, Promiscuity, Open Marriages… sure they hold an appeal for many. But what are the consequences of sex without commitment?

Today’s blog post was inspired by some fascinating, bold comments from ETHAN. He wrote:

What seems hugely influential these days is the prevalence of “open relationships”. Worldwide 74% of men admit that they’d have an affair if they knew they’d never get caught; 68% of women admit to a similar thought process. Recent studies show more than 1 in 10 Canadians want an open relationship.

Has this always been in collective consciousness or is this new? I’m not sure but I’m just noticing how much those around me talk about this-lots of fear around never being able to trust anybody or worrying this will be asked of them.

Admittedly, I don’t know everything. But my clients have taught me a lot. Which is why I believe the following:

No wonder, it’s important to shed some light on lifestyles that over-emphasize sex — with the most extreme version probably being polyamory.

Let’s shed light by using energetic literacy. What’s the reality of the people who teach others to love promiscuous sex?

Seems to me, Stage 3 Energetic Literacy is the best way to find out the truth. Since, except for world-class actors, auras don’t lie.

Today I’ll choose a high-ranked expert from Google, searching under “polyamorous coach.” Because someone who makes a career out of teaching people this sort of behavior… is going to have an aura that reveals consequences.

Finding a Polyamory Teacher’s Aura to Research? Harder than You Might Expect

Searching away, I found that most high-ranked polyamory experts hide their faces. When they do supply photos, the body and face lean off to the side — never facing the camera. Plus, of course, the popular headshot with forehead decapitated…. (Ugh, when will that hideous photo craze stop?)

Then, among those for whom I could find a photo, guess what? The majority are in extreme spiritual addiction. Evidently an occupational hazard!

Finally, after searching about 20 websites, I encountered “Alternative Life Coach” Bo Blaze. In his photo at the top of his website, the man looks charming-engaging-friendly.

Face readers, note his unusual variation on a soul patch. This under-lip chunk of extra beard is unlike anything I’ve encountered. Best way to describe it? Phallic.

Oboy, this aura reading is going to be unusual.

Have you ever seen a blow-up toy, like one used as a lawn ornament? For instance around my neighborhood I have fun walking by a particular house around Christmas. You’ll see Santa. Frosty the Snowman. Charlie Brown. Loads of fantasy characters — colorful, plastic, appealing to young children especially, and larger than life.

Well, sigh! In that same vein, it does seem that Bo Blaze’s presence, at the time of this photo, has taken on the qualities of… A large, friendly, inflatable penis.

He could be opening up a toystore called SexRUs.

Can this possibly become more embarrassing to write or to read? Sigh again! Let’s find out.

Remember the thrill of puberty, folks? And how sometimes, for maybe a year or two, everything that you said to a person of the exciting gender was… “Really” about sex?

For some of us, that stage lasted for only a small number of days.

Beyond puberty, double entendres exist. They spice up many a play or TV show.

But imagine doing that as a way of life. That’s Bo’s chakra databank story.

Imagine talking about sex, exclusively. Either directly or indirectly. And then, communicating with great honesty. Like somebody who isn’t the least bit embarrassed that he:

Well, the guy’s got sexual integrity, alright. As in:

Out to the moon. Drastically over-functioning

Mostly, Bo feels stuck in life, earthbound. But here’s something unusual about his way of having experience be humanly stuck. He does such a great job. As if the truth of life on earth involves nothing beyond physical body parts and what a shame-free person can do with them.

And there’s more. Have you read “The New Strong” how-to book… And/or have you taken “The New Strong Online Workshops“? Then you’ll understand this concept: Bo has trapped himself into Human Vibrational Frequencies… and only the very lowest of those human frequencies.

Interesting lifetime he’s having, as a result of his choices!

Anyway, sex seems to be the only activity in Bo’s life that promises to get him out of his self-inflicted prison of human tedium.

Although he’d call himself a great master of polyamory, I’d call him a sex addict. And exploring that addiction in uniquely low-vibe version, even among sex addicts: The Polyamory Trap.

Blog-Buddies, I’ve got to tell you, this is without question the ugliest version I’ve ever encountered yet about emotional growth.

That’s one way to symbolize Bo’s utter disregard of human emotion. Particularly, he refuses to notice the misery that he creates through polyamory. Both his personal exploits and his “teaching” that can get his students addicted to this way of life.

Mostly, the quality of this chakra databank reminds me of a scene in a movie. Did you ever see “All that Jazz”? It was about choreographer Bob Fosse. Mostly, though, it was a (really disgusting, by my standards) portrayal of a very active, and influential, sex addict.

One particular scene showed one of Fosse with one of his dancers in his studio. She said something like, “I know that, in order to be hired by you, I promised to have sex with you. But I’m begging you, don’t make me.” He acknowledges her words. Pauses for a moment. And then says something like, “Now, take off your clothes.”

What a terrible emotional price this polyamory coach is paying for his chosen path.