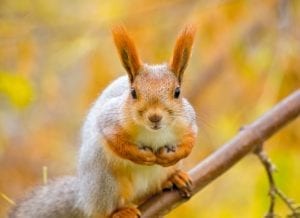 Self-Realization Seeking. Solving the problem of the self.

Self-Realization Seeking, what can help you? Let’s explore how consciousness-related skills — and experiences — can help you to progress along your unique spiritual path.

First of All, What IS Self-Realization?

It’s a spiritual term, comparable to Self-Actualization and Enlightenment. Of course, you can distinguish many nuances between all three of these inspiring terms. Yet they have plenty in common:

And what is consciousness? Such a vast topic!

Ever hear this idea? “Man is made in the likeness of God“? So, does that mean you have a twinkly face of infinite capacity? Bigger than all the night sky? Perfection everywhere now?

But physical form isn’t how how our family resemblance shows. Here’s the real deal: Like God, we humans have consciousness.

Practically Speaking, What Does That Family Resemblance Mean?

For people like you and me, consciousness means noticing one thing at a time. Unlike God, with no such limit to the flow of consciousness.

Still, being able to notice one thing at a time with consciousness matters a lot.

Really it’s the essential way that your soul (and mine) lives and learns, while we’re having a human lifetime.

Ultimately, what matters most for personal growth in the place I call “Earth School“? Seems to me, these three top the list:

It’s got squirrel consciousness, no doubt. But that doesn’t begin to include the clarity of your human consciousness.

Squirrels can hear. We humans can do more than simply hear. Since we can choose to listen.

If you’re seeking Self-Realization, you’re not even content to listen. You want to own the full range of hearing, listening, and understanding. Mind you, it’s no casual interest. You thirst for that.

Another difference between your consciousness and that of a squirrel? You’ve got free will.

For instance, you can use it to seek spiritual awakening. And, eventually, you might even win the great privilege of Self-Realization. Which is not simply crossing some finish line. Rather, when Self-Realized we have even more ability to use free will, to learn, and to explore consciousness.

A Useful Secret for Pursuing Self-Realization: Your Consciousness SHOWS

How does consciousness show, anyway? In your aura.

For a seeker of Self-Realization, this matters a lot. Because, right now, who you are shows in that energy field of yours.

Maybe that information can help you to choose your growth path more wisely.

Speaking of which, guess what? For today’s skilled Enlightenment Coaches, downloading precise info from your aura is essential. (Just check out some of these articles on Enlightenment Validation.)

Beware, though. If you’d like to learn useful details from auras, what’s required? Living now, it’s not enough to vaguely — or reverently — refer to “The human energy field.” Fine enough, for exploring physics. By contrast, Self-Realization counts as metaphysics, not physics.

As for exploring energies as if we evolving souls were no more than quarks and neutrinos? That won’t provide useful guidance for Self-Realization.

Instead, might I recommend? Go for true Energetic Literacy. It reveals essentials about your consciousness. Real life essentials, going on right now!

Did you know? Within your aura, you’ve got hundreds of chakra databanks. Each one reveals essential info about your ongoing process — or attainment — of Self-Realization.

Seeking Self-Realization, What’s “The Problem of the Self“

For many a spiritual seeker, the self is a mystery to figure out. Hence the pursuit of “Solving the problem of the self.” Especially appealing to highly educated people, as though the sharpest intellects have the best chance of gaining Self-Realization.

Not so. One way to avoid an infinite regress of abstract analysis is simply to understand this:

Human chakra databanks = “the self.”

For Self-Realization, Wake up to Your Humanity in Full

Some of you Blog-Buddies know that I often research auras of public figures. Hundreds of these blog posts are available to you.

Just for fun, would you like to read some examples of this research? Read it in the context of Self-Realization?

Ha, I thought so.

First I’ll give you links to three blog posts about people who’ve solved the problem of the self… by exaggerating one or more of their chakra databanks. These folks are quite far from Self-Realization.

Following that, I’ll give you links to three people who’ve solved the problem of the self… by living the full potential of all their chakra databanks. They’re living in a state of Self-Realization.

And before any of that, just to clarify about “the self.”

Although Most People Aren’t Living with Self-Realization, All of Us Solve the Problem of the Self

You see, each of us has free will, plus the option of learning. Maybe you know the saying, “As the twig is bent, so grows the tree.” Each human being makes innumerable choices each day. Depending on what we choose, that’s how we evolve.

For example, neuroplasticity helps your brain to evolve. Or not. If, like Rev. Graham, you don’t believe you have much left to learn.

One of the most telling approaches is to research what’s going on in a person’s chakra databanks. That’s how you can tell what a person has emphasized in life. Or where a person is hung up, struggling. (Leading, also, to over-emphasis.)

So many people believe that spiritual practices will bring them Self-Realization. Such as the sweet monk Paramahansa Yogananda, who began the Self-Realization Fellowship. Yet there’s no guarantee that a person who meditates will become self-actualized. (More on that to come in another post I’m planning for this surprisingly juicy series of articles.)

Since I began this post, when using RES Energy READING Skills to help a client, surprise! Researching people from photos, we discovered a woman named TINA. She works at a hospital. Wasn’t wearing white robes and rudraksha beads. Yet straight onto my Enlightenment Life List she went.

And now, for some examples of people more famous than TINA….

Specialized Emphasis in Their Personal Development

Rev. Billy Graham, Researched toward the end of his life. Learned what it was like to be one of the most influential preachers ever. That was his sense of self. Never did he come close to Self-Realization.

Mother Teresa of Kolkatta. An ideal renunciate, she has been canonized by the Catholic Church. Pretty messed up in her aura, this saintly woman wasn’t anywhere close to Self-Realization. And yet she led an impeccable life. Including that she accomplished enough miracles to pass the Church’s test for sainthood.

Incidentally, somewhere at this blog I remember sharing with you some research I did. Pulling out an energetic hologram to explore an incident where St. Teresa blessed one of my clients. (If any of you Blog-Buddies manage to track that down, please comment and share the url.)

Cary Grant. He had grace and such charm, the man became a film immortal. His path in life involved a movie star’s sense of self. A rare kind of learning! However, he wasn’t anywhere close to Self-Realization.

Self-Realized: All Aspects of the Self Function Well

Meet three very different men who have achieved Self-Realization: A wildly inventive musician and performer; an overcomer of obstacles who helps others through professional storytelling, and a linguistics professor.

Mysteriously, each man has used the same recipe as any other human being: Consciousness + Learning + Free Will. And yet…

Each one wound up… baking up… Self-Realization.