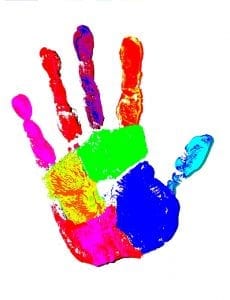 Smarter Spiritual Seeking begins with this handful of secrets.

After you read them, you can decide for yourself, “Did I know about this before? Or was there a hazy approximation of these vital understandings?”

Because spiritual seeking can be a delight. But only if you find something at least as good as what you were seeking.

First of All, You Live When?

Spiritual seekers you know — maybe even yourself — are living NOW, right? Yet when it comes to spiritual seeking, many of us start looking toward the past.

Maybe it’s because of the deep aspirations and feelings that go with spiritual seeking. For whatever reason, people who aren’t otherwise Amish often do their spiritual seeking… as if cars haven’t yet been invented. As if traditional beliefs and techniques must prevail…

Incidentally, before reading further, you might want to check out the earlier articles in this series: Why Consciousness Matters So Much for Seeking Self-Realization.

When the Stakes Are High, a Warning

How counter-productive it is to turn all traditional, just because you’re a spiritual seeker. And you’re really, really motivated.

You know what I mean by “turn all traditional,” right?

Whether it’s singing, “Give Me that Old Time Religion“

Or “Faith of our fathers. Holy faith! We will be true to Thee ’till death.”

Comforting words and melodies! Inadvertently, they can lull a person into hypnosis.

How good it can feel, to trust in the past. Soothing as a sturdy old rocking chair.

Nonetheless, the very process of spiritual seeking demands learning about what works NOW. After all, don’t you prefer these?

Understandably, many of us have a blind spot about spiritual seeking. Sometimes this limits pursuing what will help us most.

But the purpose of this article is to shake up any misplaced fidelity to tradition. Admittedly, some of what follows may anger you. Or generate strong objections. Or else spark some significant Aha!s, worth sharing. Well, that’s why we’ve got the COMMENTS section below.

You see, I don’t write this blog as if aiming to become the boss of your brain. But I’ve spent over 50 years as a spiritual teacher. As an Enlightenment Coach, I’ve helped a small but significant number of people move into That.

And helped many others make great strides toward That:

Here, I’m aiming to shake some of you by the shoulders, as it were. Inspiring you to do your spiritual seeking as though you were living NOW. Not thousands of years in the past. So, here we go.

When’s the last time you saw this in a newspaper? Or watched it on the news?

Attention All Humans: A Shift into The Age of Awakening occurred on 12/21/12.

Let me tell you what that means for you in everyday life,

And how it changes your quest for big truth.

Mysteriously, no such broadcasts have occurred. Despite our 24/7 news cycles.

For example, I’ve done over 1,000 media interviews on RES Specialties. But I’ve only been involved in one magazine article so far, concerning this Age of Awakening.

And yet it’s tremendously important to understand how life has changed since the Shift. Many of you Blog-Buddies have read my practical book about thriving now, “The New Strong.” Especially relevant if you’re interested in using your full potential!

In addition, these introductory resources can help you:

Living now, we have a new vibrational freedom. Most important, there’s a subtle change to how can use our consciousness. However, we may routinely move too far out for our own good — stalling our spiritual evolution. Getting well and truly stuck, without knowing it.

So, what can you do if you don’t know about this Age of Awakening yet? Start learning about it now. The rest of this article can help, for instance.

Until the shift, Enlightenment meant one thing only: Traditional Enlightenment. I know something about that version, since I studied for years with Maharishi Mahesh Yogi. Teaching for him from 1970-1986. (For an inside look at the allure, you might enjoy reading my memoir, “Bigger than All the Night Sky.”)

Characteristics of Traditional Enlightenment include the following:

If you’re reading this article — and I’ve noticed you are — what’s very likely? You’ve had many past lives dedicated to a monastic ideal. Pursuing Enlightenment was your full-time job. Your greatest loyalty.

And you counted it a success that you gave that spiritual seeking all you had. Because back in the Age of Faith (i.e., before the Shift into The Age of Awakening), hoping and praying were often the best we could do.

Ever Hear of the Psychic Barrier?

A psychic barrier, or veil, was in place throughout human history. Until the Shift.

That psychic barrier kept human beings tethered to limited kinds of experience with consciousness. (I call it “Human Vibrational Frequencies.”)

Busting through that psychic barrier took great fixity of purpose, lifelong discipline. Smashing through required what? Obliterating a human sense of self. Letting that individual self merge with the Divine. That was our only option. In short:

However, over the millennia, that psychic barrier kept thinning. Accelerating at an exponential rate. Until, on 12/21/12, as predicted, the Mayan calendar ended.

Contrary to popular myth, that wasn’t about “the end of the world.”

Rather, it was about the end of the world as we knew it.

Smarter Spiritual Seeking. Secret #3. Traditional Enlightenment May Not Be Your BETTER Choice

Now there’s a new game in town: Age of Awakening Enlightenment. And, thus, spiritual seekers have a magnificent choice.

Either we can move towards the traditional form of Enlightenment. Or we can be pioneers on this planet, among the first thousand to embody this new way of living.

If you search this blog under Enlightenment, you’ll find close to 2,000 articles. These reflect my growing understanding and experience. Even the names I used, over the years, have evolved. For instance, “Householder Enlightenment” was popular for many years. 😉

Especially understandable, this changing terminology, since I began blogging in 2007… Quite a few years before the Age of Awakening began! Living through this transition has been incredibly fascinating for us spiritual seekers, hasn’t it? With this new era on earth bring a new kind of Enlightenment into the realm of human possibility.

Mostly, encountering this different kind of Enlightenment has been a joyful discovery. (To contact-high catch some of the newness and great delight, you might enjoy my interview at “Buddha at the Gas Pump.“)

Don’t Worry about Choosing. As You Evolve, Your Preference Will Sort Itself Out Quite Naturally.

Not that I take a casual view about anything concerning Enlightenment. As you Blog-Buddies know well, I don’t do vague. (LIANE pointed this out in a recent comment here. Never thought about that before. But, hey, she was right.)

Our souls aren’t vague about Enlightenment, either. Where’s what I’ve found, helping students and clients. Our souls have a preference. A mighty strong preference.

And I don’t mean a preference for doing spiritual seeking in traditional ways. Versus exploring newer ways.

Because the newer ways are emerging now. The Really Effective Skills of RES are one approach. (I sure hope there are many other rigorous, effective approaches. As hard to find as my particular offerings.) Understandably, for us pioneers, current market share is teensy.

Anyway, as I teach in workshops like the one coming up this September, Spiritual Clarity on Your Enlightenment Path, hello! The very act of spiritual seeking can be different now.

Evidently their souls were holding out for someone like me. A teacher who could help them to move into the new kind. Since, amazingly fast, each woman moved into Age of Awakening Enlightenment.

Here’s what I believe is true for most of us living now: Age of Awakening Enlightenment is the better choice. Far less well known. Nonetheless, better.

Ready for a laugh? While writing this article, I just googled “age of awakening enlightenment.” How many hits? Exactly 6.

Wait and see how that changes, Blog-Buddies.

Examples of other terms I’ve helped bring into the world? I’ll google three of them now, just for fun.

Each one started with one page of hits. I originated skills related to using consciousness, related to a trademarked system. Then came people who found it useful to offer their own versions. (Have fun comparing!)

Ironic thing about my job: Although I’m no psychic, I do have a tendency to bring new knowledge into the world. Helping us seekers of self-actualization and self-realization. Helping us to move into what’s available NOW.

For simplicity, here’s a five-point summary about this new version of Enlightenment:

New to this concept, that there could be a related-but-very different form of Self-Realization?

This introductory article can help. Beyond that, have you noticed that 1/4 of RES involves Enlightenment Coaching? You can find loads of articles here.

Smarter Spiritual Seeking. Secret #5. Your Enlightenment Path Shapes Your Sense of Self

Remember “The problem of the self”? That’s what I wrote about in the last blog post.

We could have many a blog post here regarding sense of self.

Concluding this pretty long article, I’ll simply leave you with this comparison.

Expect to lose your sense of self. Become “dead to the world.” (As considered a good thing by Christian mystics.)

Expect to keep being yourself. Enjoying a progression of greater enjoyment, effectiveness, and success. Don’t be surprised if you even go through a bit of virtual reincarnation. (Not everyone does. Just sayin’.)

Your Choice Comes down to This

God can help you to either erase yourself or to be glorious as yourself.

Whichever is your aspiration, you can move toward that. Your sacred choice!