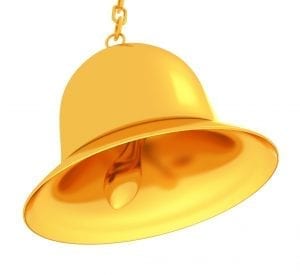 Enlightenment-Style Personal Growth — let’s see if this article can bring a practical understanding that helps you.

Enlightenment-Style Personal Growth. After crossing the threshold into Enlightenment, who grows faster?

Thanks to Blog-Buddy LOGAN MICHAEL for raising this question in his Comment #20 here:

In your opinion Rose, do people in Traditional Enlightenment grow as fast as people who live in Age of Awakening Enlightenment?

Since it’s a form of Enlightenment, I would imagine so. But because of their detachment from human life, it seems counter-intuitive that they would grow fast at all!

First of All, What Qualifies Me as an Enlightenment Coach?

Traditional Enlightenment is all over the internet. And reported throughout human history.

If you’re a spiritual seeker, you’ve been reading about Enlightenment, like forever. Buddhist texts. Mystical writings from the West. Like a book by Meister Eckhart that I mysteriously acquired while in college.

Even before written history, scriptures like the Rig Veda and the Sama Veda described the process of gaining Traditional Enlightenment. Back in the day, as you may know, I taught Transcendental Meditation (TM). Totally focused on Enlightenment, I added the advanced program for meditators. So I’ve spent a lot of time hearing recordings of these scriptures being chanted. Also reading about them in translation.

Turns out, all this was great preparation for me to become an Enlightenment Coach.

Since What I’m Writing Today Going to Be Controversial…

I’ll add these bits of background. Along with:

Anyway, here’s a detailed interview on YouTube about Age of Awakening Enlightenment — the new possibility for us humans.

Plus background about Traditional Enlightenment.

During the Age of Faith, only this one style of Enlightenment was possible. Some of us don’t know that anything else is comparable. And might be better.

To educate you questing Blog-Buddies, how can I help? Well, I’ve planned a short series of additional blog posts. Let’s explore in depth the concept of Self-Realization, God-Actualization, Self-Actualization, Enlightenment — or whatever else you might call your highest goal for personal development.

So far this series has included:

These articles provide the most detailed discussions I’ve given yet about the nature of Self-Realization, God-Realization, Self-Actualization, and Enlightenment.

What Matters Most about Personal Growth after Traditional Enlightenment?

The personal self merges with God. As for what remains, that’s just “the rag.” As in referring to human death as “dropping the rag” or “dropping the body.”

For example, last night I researched four chakra databanks on somebody in Enlightenment. (See Comments 9-17 at this week-long contest for free aura readings.)

Researched as part of that contest, Lucy Worsley was grimacing. If you didn’t know better, you’d think something was wrong with her. For instance, something like contempt.

I’ve had several friends and acquaintances in Traditional Enlightenment. During the years I knew them — as long as three decades — these darling people didn’t really grow or change as people. Which was fine with them. All that mattered was their bliss in Enlightenment.

Sadly, by now, all four of them have shifted into extreme spiritual addiction. People in Traditional Enlightenment are extra-susceptible to this problem.

Mostly, I suspect, it’s because they are so fascinated by energies. And not one of these former friends of mine had any interest in learning energetic literacy. I offered to teach them for free. And did readings for them. But they drew the line at learning for themselves. Unfortunate, in my view, because that discernment could have protected them.

In the early years of The Age of Awakening, there is a problem with opportunistic astral beings. As described, along with some remedies, in “The New Strong.” These magnificent people didn’t have the discernment to distinguish astral influence from increasing connection to God. Terribly sad, but there it is.

Age of Awakening Enlightenment is suited to human life in this era that began with the Shift on 12/21/12.

Personal growth accelerates. While we maintain a connection with the Divine that is strong, deeply felt, gorgeous, automatic.

In case you’re wondering, Age of Awakening Enlightenment is far more stable when it comes to extreme spiritual addiction.

So, in response to LOGAN’S excellent question, people in this version of Enlightenment do grow extra-fast. And we get to choose the projects for evolution. As illustrated by this guest post by Blog-Buddy KYLIE.

On the internet you can find countless anecdotes about living in Enlightenment. But I doubt you’ll find anything as inspiring as what KYLIE wrote in that guest post. (Or, for that matter, the magnificent personal growth of other Energy Spirituality clients in Age of Awakening Enlightenment.)

Actually, Not too Many People Know about this New Kind of Enlightenment. Not Yet

Meanwhile, kudos to you to being among the first to know about this possibility. To move toward it. Or even to have the privilege of being the first in this world to live this kind of Enlightenment. Where personal growth IS included.

Fake Smile Contest. Everybody Wins!
Question Meditation. (Why Erase Your Sense of Self?)