Question Meditation. (Why Erase Your Sense of Self?) 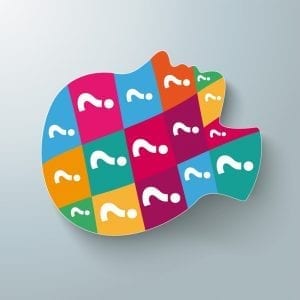 Question Meditation. Although teachers won’t tell you this at the start, meditation erases your sense of self.

Question Meditation. And I don’t mean, “Question which type of meditation is right for me?”

Neither do I mean a popular question in today’s online dating: “How many days a week do you meditate?”!!!!!!! Yikes!!!!!

Instead, I mean, “Question doing any kind of meditation at all.” Here’s why.

Question Meditation: How It Has Changed

For 10,000 years spiritual seekers have meditated. But the need to meditate changed forever with the Shift into The Age of Awakening. As you may know, this subtle change to human consciousness happened on 12/21/12. And, with that Shift, the psychic barrier (or veil) moved away forever.

In this article, I’ll share my perspective on why meditation is no longer necessary. Not needed for personal growth. Nor for spiritual awakening. And definitely not needed for gaining Enlightenment.

Note: To get the most from today’s article, please read our earlier articles in this series — and the fabulous comments:

Don’t Question Meditation BEFORE The Age of Awakening. Then It Was Needed.

Because then, serious spiritual seekers needed to meditate.

Back in the day, meditation really was your only hope. If you wished to have direct experience of God, in a sustained way. And also meditation was your only way to solve the problem of the self.

Even though the psychic barrier was thinning exponentially, it would persist until that Shift into The Age of Awakening.

Traditional Meditation Practices Go with Obsolete, Underdeveloped Ideas about the Self

Blog-Buddies, do you have any idea how great the change is? Traditional forms of meditation — including many forms taught today — come from antiquity. Including antiquated, vague notions of the human self.

During the last two thousand years before the Shift, ideas about the self were evolving. And especially changes took place over the last hundred years.

In your lifetime, you’ve enjoyed the luxury of having a personal self. One that matters. But think about that for a moment. The idea of self? It’s one of the great triumphs of human evolution. Wow, a personal sense of self that has become sticky in collective consciousness! Yep, humanity’s subconscious set of expectations has come to include the idea that human beings have a self. An individual, independent self, not just being a person with a tribal identity.

Look, lest you forget… romantic love didn’t even enter the cultural scene until the Romantic Era. For social acceptance that one’s own personal self could fall in love and then seek marriage? Think 1850.

And, please, don’t let earlier works, like “Romeo and Juliet” confuse the issue. These were plays, entertainments. Not how people really lived. Like it or not, in most families, weddings were property deals. Chosen by the parental unit, of course. Not the young hotties.

Love matches that you and I are used to? They’re just a recent blip in human history.

No wonder, when it came to self, we’re living in a different world than our ancestors. By now, we’re seeking love — and God — in an Age of Awakening world.

But DO Question Meditation Now

During the Age of Faith, Notions of Self Were Vastly Different from What We Have Today

Because we’re living post-postmodern. Living in The Age of Awakening. Emerging from the last century of that Age of Faith, when the psychic barrier thinned like crazy. Also, Freud had done his amazing work, launching psychiatry and psychology. And even launching pop psych. Just consider the title of his big bestseller, about 100 years before the Age of Faith ended: “The Psychopathology of Everyday Life.”

Blog-Buddies, we were raised with very contemporary ideas of the self. Vivid pictures of the difference will eventually be part of The New Strong Online Workshop. (Included in one of the two advanced workshops that I haven’t published yet.) (Patience, everyone! Including Rose!)

There, you can discover mind-blowing portraits of how consciousness has changed. Everyday people, photographed 100 years ago, didn’t have anything remotely the a post-postmodern sense of self.

Incidentally, if you’re curious, book a session with me of RES Energy READING. On the day of your session, email me photo links to two of your relatives, photographed long ago. I’ll research ’em for you.

Blog-Buddies who’ve taken the in-person New Strong Workshop. And those of you who’ve done personal mentoring with me.

Please COMMENT below, sharing the impact of that knowledge on you. In its quiet way, research like this can really shake up your sense of what it means to be human right now. And human in different ways than most people who have walked on earth.

Question Meditation NOW, Since Old-Time Notions of Self Were So Undeveloped.

At least compared to how today’s humans — like you — live, and think, and feel, and believe.

And it becomes abundantly clear how notions of self were different:

Hey, does any of that sound like how YOU live?

Of course not. You’re part of a transitional generation in history, straddling the Age of Faith and Age of Awakening! With a sense of self to match!

Question Using Meditation Now, Since It’s Designed to Erase the Human Self

Honest to goodness, that’s what meditation practices aim to do. However that main job is adorned with pretty, idealized, incentives. Erasing your magnificent human individuality through:

Any meditation practice based in tradition comes from the Age of Faith. Based upon a very limited sense of self for people.

And given the thick psychic barrier, people who were serious about Enlightenment usually had to become renunciates — monks or nuns. Giving their whole lives up to prayer and asanas and meditation.

It wasn’t until the Great World Gurus that spiritual masters told spiritual seekers that they could gain Enlightenment as householders. (Sadly, they lied. I’ll write more about that some day.)

Unaware that Meditation Might Be Outdated, Many Spiritual Seekers Today Start Meditating

Aiming to get past the misery of human life. Seeking something pure, sweet, even transcendent.

And, back during the Age of Faith, what was the only big-time spiritual game in town? Traditional Enlightenment.

Now every spiritual seeker has a new option, being pioneered on earth by people like these. I happen to know these folks very well. Only one has practiced meditation in the years preceding her shift into Age of Awakening Enlightenment. As for the others? Not at all.

Because today’s Age of Awakening Enlightenment doesn’t require any meditation whatsoever. (More on that in our next, and last, article in this series.)

In short, question meditation as a self-actualizing person who lives now. No longer do you require a spiritual practice to blast you past the psychic barrier. Smashing your sense of self in the process.

That barrier no longer exists. And your personal individuality, that self of yours, can turn glorious when in Age of Awakening Enlightenment.

Did you also know that 10,000 years ago, Enlightenment Coaches also read auras in great detail? For them it wasn’t a matter of seeing the colours, any more than for Enlightenment Coaching today. Bygone sages read the Nadis. Google that term and you’ll find that loads of Nadis are mentioned. Varying numbers depending upon the authority. For instance 35,000 Nadis in your body right now!

But as for specific names, it’s hard to find many. And they sure don’t make sense in terms of emotional and spiritual growth. Here are two important ones:

RES Perspective on the Nadis, Subtle Components of “Who Am I?”

After I’d been researching chakra databanks for years, I learned about these Nadis. At first, I felt a burst of validation. Since I didn’t (and still don’t) know of any other aura readers, outside RES, who can read chakra databanks.

But when I researched a bit more about the Nadis, my reaction changed. More like, “Wow, caring about the human self sure didn’t matter back then.”

As you probably know, chakra databanks have names about the human self. That’s how “sense of self is structured in consciousness.” With names like the Root Chakra Databank for Presence in the Room. And the Solar Plexus Chakra Databank for Sense of Self.

Today’s chakra databanks correspond to yesterday’s Nadis. Today’s names about self-aware living versus names about energies alone being what mattered. A seeker of Enlightenment had no personalities. Just obedience. And energies.

Energy Medicine systems, including acupuncture, depend upon treating the body as an energy machine. Sometimes there’s tremendous refinement to the understanding. Personally, I’m a big fan of acupuncture.

However, for spiritual growth today, we can take advantage of understandings that honor the human self.

Like today’s system of RES, which aims to help people grow emotionally and spiritually, using energy-based skills that work now. In the Age of Awakening!

Why seek out a sweet but antiquated form of spiritual development based on purifying your energies? A way to evolve that erases the self.

Over the last 10,000 years, the human self has been identified. Also, the notion of one’s self has become modernized, individuated, powerful. And altogether transformed.

Your choice of spiritual practice need not be a choice of meditation practices. In our next article — the final one of this series — I’ll bring you more discernment as a consumer of meditation. But let’s pause for now.

COMMENTS, anyone? Questions? Stories of your own experiences with meditation?