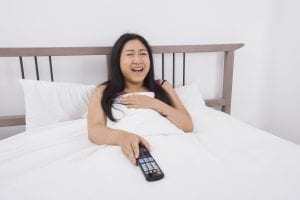 William Jackson Harper Aura Reading TV Review. Especially fun if you’re a fan of one of my favorite TV shows, “The Good Place.”

I’ll be doing a comparison aura reading, one chakra databank at a time. Comparing the actor to his role on that show.

This may be a wild comparison aura reading. Since the character Chidi Anagonye is a uniquely tormented person. Picture an over-the-top, over-scrupulous ethics professor. Stunningly unable to make decisions.

Not a happy combination for that character! But a comedic treat for us TV viewers. Notably, due to William’s surprisingly likeable performance in that role. Definitely, I’m a fan.

Thank you, KYLIE, for nominating this actor. (See our ongoing contest for Aura Reading TV Reviews.  Definitely, check out her Comment #6, Blog-Buddies. And then, maybe add your own nomination for somebody new.)

What an Astounding Way to Critique an Actor’s Performance!

Maybe it’s the best way. Although I sure wouldn’t invite the Chidi character to decide. 😉

The Different Roles I’ll Research for You

Here’s the photo I’ll use for researching the actor: William Jackson Harper Playing Himself

It comes from a Newsweek article devoted to the actor. Also concerning his co-star, Kristin Bell.

Did I read this article yet? Definitely not. Since I preferred to avoid learning from the actor’s interview… How William considers himself like or unlike the role he plays.

And speaking of the actor’s role, here’s the Chidi photo I’ll use.

As always, you aura readers are invited to do your own research… Well in advance of reading mine.

You’ve got the pix. You’ve got the skills. (At least, if you’ve taken the trio of Energy Spirituality Aura Reading Workshops. Browse them here.) Comment below with your findings. Afterward, have fun reading my perspective.

Did you know that true energetic literacy isn’t one size fits all? No more than word literacy. One more reason it’s so much fun to do!

In case it helps, Aura Readers, here’s my list of chakra databanks for today’s article:

Constantly living in his head. Analyzing life as an A.C.T.O.R.

Quality: What a world this character lives in! Like a checkerboard landscape in miniature between his feet. And every way he might walk, where will he step?

Clearly, a brilliant creation by the actor!

1 full point. Accorded with great admiration. Already, Harper has established himself as a world-class actor.

Most actors don’t manage to change all the way down to their chakra databanks. But he achieves this.

Quality: Hates making decisions. But doesn’t use his intellect. Has developed a personal method that involves what? To be a bit technical here. He’s got a bunch of energetic subroutines.

Like many a self-designed technique that seems brilliant? It isn’t.

He simply spaces out and considers that he’s receiving some kind of inspiration. This is the kind of mess I love to help clients straighten out. (If they want me to.) Usually I’ll do Vibrational Re-Positioning®. Or else Consciousness Positioning Consults®.

Quality: Working so hard! Like driving at top speed down Germany’s autobahn.

Although unsure, he loves the thrill. Evidently, this character is so good at making fine ethical distinctions. So that making inner distinctions is bliss. What troubles him is getting out of the mental decision making. Sadly, committing to one choice… in reality… is like asking a fish to crawl on land.

Another 1. So brilliantly and creatively constructed, this role!

Quite simply, the actor (at the time of this photo) is way self-absorbed.

Never in a nasty way. And not necessarily for life. Perhaps another of his inner workarounds. This one, related to being an A.C.T.O.R.

Quality: Although interested in emotions, not caring much about them.

1 point, bravely earned. Since Chidi’s way of relating to feelings is exactly opposite to the actor’s.

Ergg, I really didn’t expect that. In his role, William Jackson Harper is adorable. As if unintentionally funny.

Quality: Approximately this: Life is hard. I’ve been through so much aggravation. Such unfairness. And so often! I don’t dare to pause and relax. Let alone find things funny.

Quality: The ethics professor has zero sense of humor.

1/2 point. Granted, it’s asking a lot for somebody who barely laughs at jokes to do anything more than he did. Intensifying the humorlessness does count as an achievement. Particularly since it’s happening subconsciously. And at the astral level of Harper’s aura.

Quality: Here we find the sweetness and caring! Here’s a sample of why I enjoy watching this actor’s performances. When the conversation is going to be personal and deep… It’s as though William Jackson Harper finally lands in a kind of reality he believes in.

Wish he could take my workshop this year for Socially Savvy HSPs and Empaths.

Quality: Significantly uninterested in people, that’s how the character lives. Incapable of feelings.

Compared to this way of being, Star Trek’s Spock is sentimental!

1 point. Un-enthusiastically given, though. Because this is an unimaginative, predictable way to play the character.

4 1/2 Aura Change Points out of a possible 5. Significant talent on offer!

What’s most important to note about today’s TV review of William Jackson Harper’s performance in “The Good Place?” How he has paid the price for his success.

And if you’ve explored that thread at this blog, you know that paying the price can be harsh. As a result of doing this aura reading, I respect William more than ever.

What else? What I found  reflects my choice of photo. Sadly the one I used for William Jackson Harper probably didn’t do him justice. Clearly, he was posing. And posing at the Critic’s Choice Awards. Not just at the corner Seven-Eleven.

Maybe he felt uncomfortable. Maybe he even experimented with acting while being photographed. As in presenting himself as a bright, hardworking actor. Stiffening up, holding back. Playing a noble role. Inadvertently, maybe turning himself into a bit of a caricature of himself….

That isn’t to say that my chakra databank readings were inaccurate. More that, what I found about him as a person can serve as a practical reminder. People’s auras change incessantly.

Why did I choose that stiff photo? Because finding one was harder than you might think. I searched diligently to find a natural-looking picture of the actor as a person: William Jackson Harper simply being himself, and caught in a good head-shot. No such luck!

Bottom line, what did I learn about him as a person? How seriously Mr. Harper takes being an A.C.T.O.R. Probably that’s unlikely to change any time soon. Nonetheless, he is living his dream.