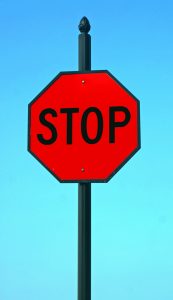 Disturbing New Thoughts of Hatred and Prejudice. Have you noticed this? How can you help make it stop?

Disturbing New Thoughts of Hatred and Prejudice. Have you noticed thoughts like these lately, nibbling at the corners of your mind?

Specifically, I’m calling out disgusting labels that stereotype people. Lately have they been appearing in your mind?

I hadn’t really noticed it consciously. Not until yesterday. When an uncommonly perceptive, honest client gave voice to this problem.

A Subtle Problem, But Real

Without thinking much about it, Blog-Buddies, you’re used to your subconscious sound track. Various thoughts cruise through your mind, everyday thoughts. Like, suppose you’re out for an early morning walk. For inner background noise, you might hear:

Usually we go through a comfortable set of cliches. Not how we actively think. As noted, more like a subconscious soundtrack, playing in one’s inner, everyday movie.

Only Now, What Else?

New kinds of thoughts are coming up now, for many of us. Spontaneously arising. And sounding natural. Icky thoughts seem to flow just like all the other words in your inner soundtrack. Sure, you may have heard other people use these revolting stereotypes. Disgusting names that you recognize but have never ever said out loud, not even once. Insulting names used to describe people who are “other” and “bad.”

Only, now, hearing this garbage from inside your head? Yowza, that’s new.

Not happening all the time, though. So it might go by unnoticed. I’m writing today’s post to help you to notice.

But please note: I’m not aiming to start you policing yourself, monitoring your every thought.

Instead I’m giving you permission to do some simple noticing.

Suppose that somebody who stands physically near you… acts rudely. Suddenly, faster than you can say “Ick!” some racist or prejudiced stereotype runs through your head.

Maybe a quick inner dialogue follows, once you start noticing.

#1. “Could those thoughts have just crossed my mind?”

Following any of that, most likely:

Understandable reactions, all of them. But maybe you’re wondering…

What’s NEW about This?

Being familiar with slurs and nasty stereotypes… Sadly, that’s not new.

In your lifetime, and your parents’ lifetimes, going back far as the ear can hear — disgusting put-downs have accumulated in collective consciousness.

Well, how about implicit bias? Did you dare to take this free test online? (And then learn the cringe-worthy truth.)

Surely I’m not the only “white” person who suffers from implicit bias. All that is old hat.

Disturbing New Thoughts of Hatred and Prejudice. For Many of Us, They’ve Begun RECENTLY.

Hey, maybe you can’t relate. Well, if none of this has happened to you, let me worship you. (Just kidding.) (Because I love many people. And like even more. Yet I draw the line at worship.)

In case you’re wondering, I can tell you this. People in Enlightenment aren’t immune. We don’t place out of this new prob, due to having more bliss in our consciousness. Nopeee.

My client Gladys, who brought up this distressing new experience… she lives in Enlightenment. And me too. But that doesn’t make us immune.

Feel free to comment below — anonymously, if you like. (Just tell me what you’d like me to call you. Literally, write “Call me Pat” or whatever, in the first line of your comment. Just, please, for heaven’s sake, find something different from Joe or Gladys or Anonymous. Those have already been used enough.)

And definitely share your ideas of what’s causing this problem. Plus whether you’ve used what I offer toward the end of this article. Has it helped you or not?

Why Are Good People are Having these Disturbing New Thoughts?

Here’s my perspective, as an American living in June 2019. —  Also, I wonder if those of you who live elsewhere may have noticed something comparable.

Due to free speech, for decades, writers and performers have been introducing the most shocking language possible. At first, maybe it felt like a thrill to listeners. Such as, “Breaking a taboo — how freeing.”

But then the language became part of everyday speech.

Actually, I still remember my shock, eating dessert at Hobson’s Ice Cream Parlor in Tokyo. As usual, the sound system was playing American pop music, quite typical in some Japanese eateries. When, unannounced as anything special, a rap song came on. A song full of “Bitch” this and “Ho” that. I could hardly believe my ears. (And wanted to cover them.)

I wondered, did the ultra-polite Japanese people I’d met — most of whom had studied English for years when in school…. Did they have any idea at all of what those lyrics meant?

Seems to me, Trump has exacerbated that trend. The man with the slogan “Make America White Again,” more or less. Trump has encouraged racists to speak openly, to write openly.

And it’s pretty hard to get away from that noise. Even comedy shows, like “Late Night with Seth Myers.” Five days a week, they play Trump clips. Replaying Trump’s incitement to hatred and tribalism. Playing it, then mocking it. Guess what? Satire or not, that garbage is going to last forever in the viewer’s Storehouse of Impressions.

Well, that said, that acknowledged… What can we do about it? How can we protect ourselves, and protect our fellow citizens? Could there be a way to contribute healing to collective consciousness?

Here’s what I recommend.

First of All, Give Yourself Permission to Consciously Acknowledge these Barely Conscious, Disturbing New Thoughts

Although it won’t help to make them a big deal, don’t do the opposite either — let enter in, inhabit, become routine.

Second, Take a Moment to Counter that Nastiness

I’d recommend saying the following out loud, if socially possible. Otherwise, just think it forcefully once:

With this corrective sentence, you remind yourself (consciously and subconsciously) of tolerance.

So why not say, “I tolerate him — or her or them”? Since tolerance is a concept. Acceptance works better. As in “He’s allowed to be a person of xyz descent.”

In this context, Blog-Buddies, I think of how one name for God is “I am.”

Sometimes it helps us to celebrate what is. What actually exists, in reality.

It’s a simple way, acknowledging that the person is alive. Is allowed to live.

Better, that, compared to coining a thought about good versus bad. Or approving versus disapproving.

Instead, we can use words just a bit, simply acknowledging what is. If you’ll only add that to your share of collective consciousness… that could do us all a world of good.