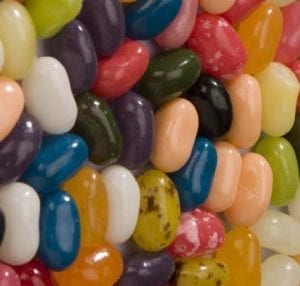 Physicality Chakra Databanks. When you’ve got good aura reading skills, you can use different sets of chakra databanks to learn about people. It’s such a fascinating adventure!

In particular, it’s exciting to advance the field of Energy Spirituality Aura READING. Because I’ve recently co-created a way to research physicality… with more fascinating detail than ever before. Ready to learn some inside information?

Physicality, is that even a thing!?!

Definitely. Let me introduce you to the concept with an Energy Spirituality flavor. Granted, physicality is a somewhat sophisticated idea, compared to grounding.

Yesterday’s article on grounding might provide a great contrast to what you’re about to read here, BTW.

In the Age of Faith, grounding seemed oh-so-necessary. But it was really a way of doing Technique Time, off and on, all day long.

By contrast, in the Age of Awakening, grounding is OUT. What’s IN? Physicality.

Physicality means having a relationship to your body. Like any important human relationship, your physicality has many different aspects.

Would you like to improve either one. Or both?

Then it can help to improve your physicality. Since it’s the basis of both.

Yesterday I published the Energy Spirituality Newsletter “Reading Life Deeper.” The lead article explored physicality in the context of sex appeal. Specifically, how Idris Elba, named one of the “Top 26 Sexiest Men on the Planet 2019” inhabits his physical body.

This time, innovation came while I wrote that newsletter.

So here’s your first article about it at this blog. (Or anywhere, probably.)

Energy Spirituality Aura READING Skills now include an array of chakra databanks about physicality. In days and weeks to come, I’m planning to give you a little series of these articles: How physicality differs for outstanding people in different walks of life.

Explore this array of chakra databanks whenever you seek to understand how a person relates to his or her body. BTW, speaking of “grounding,” here’s the funny part: When you read this set of chakra databanks, do you think you’ll find one about grounding?

Nopeeeee. There isn’t one. Never has been one. Because “grounding” isn’t real. Rather, it’s a concept. Whereas physicality is a human reality.

#1. Root Chakra Databank for Physical Self-Awareness. This is about spontaneously noticing the position of your body. Feeling nuances to how you move. (In contrast to being oblivious to it.)

#2. Root Chakra Databank for Making Money. You may know, I’ve published a book about making more money. But this chakra databank isn’t just for success and prosperity. Turns out, it matters for personal growth. And spiritual awakening.

Also, ha ha! This chakra databank happens to be closely related to a person’s physicality.

#3. Root Chakra Databank for Survival as a Physical Animal in Human Form. Of course, we’re in animal bodies. Not plant bodies. Not rock bodies.  Being human, however, we’re more than animals.

At least, we have the potential to have healthy bodies, and enjoy sex… But we don’t have to stop there, do we? Hint, a certain upcoming workshop called “Your SACRED Body.”

Phew! Being Human, How about We Take a Breath Before Continuing?

#4. Root Chakra Databank for Gaining Respect from Others. Your physical body exists among others. So what happens to your territory? How do you rate in the pecking order? Certain animals care about this. We human animals do too.

Only we’re also capable of more sophisticated gambits for gaining respect. Optional: Aiming for respect, do we bring along our bodies? (Hint: If we do, or learn how to, we’ll gain a lot more respect. And gain it from a wider range of people.)

#5. Root Chakra Databank for Presence in the Room. This chakra databank sums up how, at any given time, we present ourselves to others.

In that chakra databank, some people broadcast “I’m into sex.” (Nothing more.) At the other extreme, some folks broadcast, “I hate having a body and ignore it whenever possible.” At this chakra databank, infinite variety is possible — including insights into physicality.

#6. Belly Chakra Databank for Sex Appeal. Even monks, nuns, and priests (who’ve taken vows of celibacy) can do well with this aspect of physicality.

Sadly, sometimes even official saints struggle with sex. Because (IMHO), taking a vow doesn’t turn off one’s entire reproductive system.  What did St. Teresa of Kolkata display in this chakra databank? One holy mess.

And she’s hardly the only celibate — or person — to aurically have loads of STUFF messing up databanks about sex, this one included.

Yet anybody can do well with this, and will all the other chakra databanks concerning physicality.

On that Sigh of Relief, Let’s Take another Break. Maybe You’ve Got Questions.

Well, that would be excellent. Please ask them. That’s what our COMMENT boxes are for!!!!

Yes, we humans can consciously notice emotions, from time to time. And couldn’t that count as Exhibit A? If you’re wondering whether human beings are more than animals. (Or can be.)

Physicality is perfectly compatible with a lively, honest emotional life. But not necessarily, right? If you think about it, haven’t you met all these three kinds of people?

Physicality isn’t just about body building or other ways to show off rippling muscles. Physicality flavors how we handle conflicts.

For everyone, conflict brings out our strength. But which kind? Physicality may be part of that strength. Quite the opposite is possible, too. Anything really.

When helping clients in Energy Spirituality Energy HEALING Sessions, I often consider this chakra databank. Reminds me of a popular expression, “When push comes to shove.”

During conflict, people reveal so much about themselves. And, of course, once you gain Essential Energetic Literacy, you don’t have to wait until your object of interest lands in a boxing ring. Any time, you can research this person’s Solar Plexus Chakra Databank for Handling Conflict.

#9. Solar Plexus Chakra Databank for Using Power. Will there be physical heft? Or does someone try to use intellectual power? Or emotions?

#10. Throat Chakra Databank for Communication to Gain Respect. “Use your words” parents tell their children. But have you ever heard the phrase “empty words?” In so many ways, what a person says may ring hollow. Decreasing respect, rather than increasing it.

One way that a person’s words may ring hollow? If they come from a person with a scant, despised, relationship to physicality.

At the opposite end, there are ideas like “muscular Christianity.” Whereby people avoid living — or preaching — like talking heads.

If you’ve read all the way to the end of this article, congratulations. You know more about physicality than most people may ever know.

What if you felt a bit… well, wilted… when reading about some of these chakra databanks? No worries, please. Every human alive is learning and growing. Or can. We can win at the glorious challenge of being human. Physicality included.