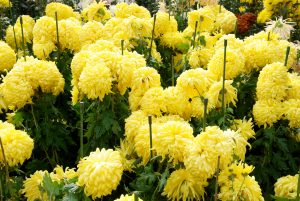 Toni Morrison Celebrity Reading. What I find here may surprise you.

And what’s one more reason for respecting this author?

Toni Morrison Was So Famous. And Famous for So Long.

Fame is the most addictive drug on the planet… No wonder, famous people have trouble living in balance. Furthermore, many a celebrity has moved into extreme spiritual addiction.

Despite her fame, Morrison stayed true to herself. And that alone counts as a big deal. All the writing and teaching she did? That only helped her to share that state of consciousness with others.

So I’m excited about telling you more about her superb aura. Due to the impact on your own personal growth, guess what? Reading people deeper, is always a great use of Technique Time. Especially researching an aura superstar like Toni Morrison.

80 feet. Yet not over-functioning. Since Ms. Morrison happens to have an unusually large aura.

Most notably, God strongly shines forth.

Partly, the reason is Enlightenment. Since, in case you’re wondering, Toni did move into Enlightenment. Specifically, what has happened on her journey of spiritual awakening? By the time of this photograph… Clearly, she’s moved into Traditional Enlightenment.

Unusual Versus Usual. Regarding Enlightenment.

However, surprise! As I’ll be discussing in the upcoming RES workshop on Enlightenment… Hidden within this very personal experience of Enlightenment… It’s way glorious too. Especially after we gain clarity about Enlightenment. Afterward, we can understand what’s special. And consciously appreciate it.

Because validating Enlightenment requires more than skill at reading auras. Seems to me there’s a definite need for skilled Enlightenment Coaches! Including ones who can distinguish:

Above All, About Toni Morrison’s Charismatic Presence…

Beyond simply living in Enlightenment… What’s special about Toni Morrison this chakra databank? Her Presence in the Room? It mingles all this:

All this shows up in that chakra databank. Seeming like a great big WOW!

80 feet. Unsurprising for you, by now, Blog-Buddies?

Like for anyone living in Traditional Enlightenment, life is bliss. Joyfully witnessing her life. All the while, effortlessly anchored in bliss.

Shocking or not, here’s how I experienced this Toni Morrison databank: Like the essence of an orgasm. Whoa, huh?!

Due to the reason that this form of Enlightenment causes bliss. Such as having a 24/7 connection to the Divine. Effortlessly enjoying “being God.”

Meanwhile what remains of “being human”? Not much. Instead, human experiences bring delicious contrast. Specifically, the fun leaping from human to Divine. Leaping in consciousness! Transcending human experiences, one at a time. Again and again, tasting infinity.

Seems like her experiences of human emotion float. Like decorating a tranquil sea of bliss. Iridescently floating. Sweet!

Almost all of life is bliss. On the surface, sure. Conflicts can arise. Automatically, Morrison takes care of them. God sure isn’t flustered! And Toni’s consciousness emphasizes God. No longer.

Seemingly, nothing changes with conflicts. Due to Traditional Enlightenment, these conflicts barely register.

80 feet. Equally right-sized as the others.

Because of Toni’s quality of Enlightenment, illusions don’t matter. Therefore, using power or not using it? Hardly matters. Bliss stays the same.

Of course, like anyone in Enlightenment… Toni Morrison does spontaneous right action.

For sure, living now, it’s an exciting time to learn about Enlightenment. Both varieties. Especially the new kind.

Rest assured: Your soul will choose whichever one is right for you. Even your conscious mind probably has a preference. Provided that you can think independently.

And why does independence matter? Due to the dominance in collective consciousness of ideas about Traditional Enlightenment.

Probably you can guess, Blog-Buddies! 80 feet.

Beneath her words lies bliss.

And bliss underlies her voice.

Altogether, Toni Morrison had lifelong communication talent. But after moving into Enlightenment? Quite automatically, she communicated better than ever.