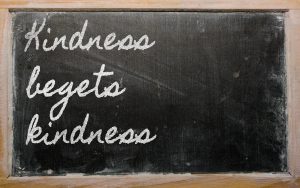 Feldenkrais Skilled Empath Merge. Genius isn’t a word I use lightly. But it just might apply to this brilliant, innovative teacher. Likewise, the work he pioneered in the 1930s.

Individual-specific movement mastery and pain prevention — that’s how I think of Feldenkrais! Work that lives on to this day!

And what better way to learn about Moshe Feldenkrais than Skilled Empath Merge?

KIM THOMPSON won this contest along with two other Blog-Buddies. Who are the other contest winners? Just keep reading this blog regularly to read find their blog posts. ‘Cause they’re comin’ in weeks to follow.

Back to today, though, here’s KIM’s prize. And which contest are we talking about here? Being Somebody Wonderful. See her superb Comments #132 – 142. What a great nomination!

In part, that was an educational contest, not just a chance for three folks to win a free celebrity reading. Even reading those comments now, today — after the contest is closed — you can win. Because you can gain considerable clarity about Skilled Empath Merge. (Incidentally, that just-mentioned article can also tell you a lot.)

Specific to that contest, it’s a powerful immersion in empath knowledge. Have you ever seen discussion of this elsewhere on the internet?

What can — or can’t — you learn from a Skilled Empath Merge?

And how can you use your consciousness to become empowered as an empath?

Also, “Empath Empowerment” isn’t just a slogan. Though many people use it that way. Empath Empowerment® is a unique system for helping empaths. (Actually, the only trademarked system in America for empaths.)

Until you read our back-and-forths at that contest blog post, who knows? Precious few people today even know about Skilled Empath Merge. Let alone, what’s realistic to expect?

Gems from KIM’s comments at the contest include these points:

Here’s the photograph I’ll use for doing a Skilled Empath Merge on Feldenkrais.

Perhaps some of you Blog-Buddies would like to do one before reading what follows. Also big fun…. You might wish to do an aura reading, using Stage 3 Energetic Literacy.

Either way, unless you’ve had advanced training, you’ll need to see every body part related to a chakra or chakra databank. So this Feldenkrais picture might make a good supplement.

Just for fun, here’s a preview of chakra databanks that you might wish to research:

Have fun, Blog-Buddies! I sure know I will. And thanks, KIM for a chance to learn more about this great man.

KIM’S related question was, “How did he handle power?” In my experience, it takes this chakra databank plus the next one to answer that question. Here goes.

Well, hello God! By the time of this photograph, God has definitely taken up big-deal residence in this man. So I’ll be commenting about Enlightenment at the conclusion of this article. Happy surprise! (Maybe not that big a surprise, actually.)

Second useful thing to know about using power for Moshe Feldenkrais? To him, what matters is life. As in the Jewish toast, L’Chaim!

As in, being alive. Feeling alive. Doing and saying things for life.

And, golly, exploring power for Feldenkrais during this Skilled Empath Merge, hello again! I experience another sacred value of Judaism: Tikkun Olam:

Incidentally, that Point #3 spilled the beans on something you might not have thought about.

Why Self-Authority Matters. And Why YOU Matter.

Why is every aura reading or Skilled Empath Merge distinctive? Because your excellent skills allow you to co-create with God, finding out what’s true for you.

Or to put it another way. (At least, italicize it in a different way.) Because your excellent skills allow you to co-create with God, finding out what’s true for you. Meaningful for YOU.

Why could I spot Tikkun Olam? Because I have some knowledge of what it is. Happily dwelling right in my subconscious mind!

By contrast, other Blog-Buddies have different kinds of knowledge. Happily dwelling in their subconscious minds.

Of course, we can’t recognize what we don’t know. And that’s why each skilled empath and person with good energetic literacy can contribute uniquely.

In our COMMENTS section below, you might want to note whether or not you think this is a big deal. Or even good.

I’d love to discuss that with you, Blog-Buddies. And how appropriate, discussing this topic! Given that today’s article celebrates a master of self-authority regarding physical movement.

The great Moshe Feldenkrais empowered his patients to find their own beneficial ways to move freely. Rather than being stuck in movement ruts. Like unhelpful, pain-inducing habits.

Also, to Moshe Feldenkrais, how to describe the essence of his service on earth? That’s what we might call sharing power. Or collaborating.

Furthermore, sharing power is sacred to him.

Imagine this, Blog-Buddies, to get more of the idea. Imagine if you belonged to a religion that didn’t include worshiping people.  (Not even the mighty Moses, from the Jewish Bible.)

Overall, you get the picture, right? And apologies if I didn’t include, in this short list, the kind of sacred painting that’s you find most meaningful.

Here’s the point. Pack all that love and adoration — as if no sacred pictures existed — and transfer it into human beings. When bringing the Feldenkrais Method into the world, that’s exactly what Moshe Feldenkrais did.

Incidentally, that’s the #1 thing it means to me, being Jewish.

Work is love made visible. And, for Dr. Feldenkrais, so was accomplishing things along with other people. Also known as “sharing power.”

Because Part 2 is coming. First, though, please share your reaction so far. Or even your own aura reading or Skilled Empath Merge!