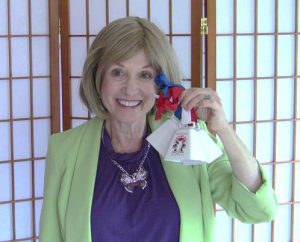 So many resources for empaths that you won’t find elsewhere!

Back at our Summertime Contest, KIM’S related question was this.  “What about his connection to Spiritual Source?”

Definitely the sort of question that a Skilled Empath Merge can answer most vividly!

Most distinctively, Moshe Feldenrkais experiences God in everyone and every thing. This is a very active version of God as an intrinsic, lively part of people. Might this have helped him stand out, founding his new way of helping people to use their physical potential?

KIM’S related question was, “What about Moshe and belonging to a social group or tribe?” Also she noted that he lived in interesting places during interesting times. Not only did he have the experience of being a refugee. He also introduced work that lay outside the mainstream. Did the physical therapy and medical establish rush to embrace his work? Maybe not.

No wonder I think of Moshe Feldenkrais as a quiet radical. Stealthily subversive. In the manner of Dr. Henry Louis Gates, Jr., famed for his TV show “Finding Your Roots.” (BTW, I whisper some Face Reading Secrets® about Gates at this blog post.)

Back at Feldenkrais, what do I experience, tribe-wise,  through this Skilled Empath Merge?

Smashed. Due to many harsh experiences that he’s survived, it’s smashed. That sense of belonging to one particular tribe, among all those on earth.

Could be, the smashing of illusions is one of the experiences that helped him move into Enlightenment. (Oh yes, I’ll be getting to that by the end of this post.)

Here I’ll note: Among the RES clients whom I’ve helped moved into Enlightenment: As young adults, three of them moved away from the home country.

And yes, for them, what was the impact of that powerful use of free will? How about their voluntary smashing of social limitations? In my view as an Enlightenment Coach, that helped their spiritual evolution a great deal.

KIM’S related question was, “Was he an empath? If so, which empath gifts?”

Important ethical note: KIM asked this since she knows I’m an Empath Coach. Despite all the range training I give for aura reading, nope! That doesn’t include this sort of discernment. Likewise, when I teach you skills of Empath Empowerment, all the way through to The Master Empath...  You’re learning skills for your personal use only. And they’re never skills for discerning other people’s empath gifts.

Why not? And why make this distinction? Because it’s a grave responsibility, researching another person’s empath gifts. Besides, for your own development as an empath, all that matters is your personal empath gifts. As you know, right from the start of any training I offer, what happens? I guide you to name your empath gifts accurately.

That said, I don’t think the late Moshe Feldenkrais will mind if I do this research on him. So, I’ll use this rare specialty as an Empath Coach.

Here’s that list, KIM and other Blog-Buddies. Notice anything fascinating here?

Among the 15 empath gifts he might have had, Feldenkrais had several. In this way he’s like most of my clients, including those who have sessions expressly dedicated to empath coaching.

Thus, having 5 out of 15 empath gifts isn’t the fascinating part. Here’s the shock — not to me, but possibly to you.

Indirectly, Feldenkrais Has Something to Teach Smart Consumers about Being an Empath

None of the empath gifts hardwired into Feldenkrais were emotional in nature.

Of course, being an empath need not involve anything emotional.

And yet look at the interesting definitions of empaths and empath coaching at this popular blog post for empaths. Note that this thread stays open for your contributions and questions, as well.

What an opportunity that blog post is for you. Helping you, as a consumer, to compare my Energy Spirituality version of Empath Coaching with other methods. I think you’ll find the comments there to be very helpful for bringing discernment.

For instance, what’s one thing you’ll find if you read through the comments? So far, every single so-called expert on helping empaths… Defines “empath” in a way that involves emotions. Hey, that sure would leave out Moshe Feldenkrais. And plenty of others!!!!!

Equally troubling to me, about how so many empath experts give these emotionally-oriented definitions? Meanwhile, these wildly varied empath helpers may be encouraging people with emotional problems to wrongly believe that they’re empaths. When, with all respect, they’re not empaths at all. (No snobbery intended. All that “non-empath” means to me is that the person’s innumerable gifts for this lifetime lie elsewhere. As an RES client once said to me, “Rose, there are other games in town.”)

And, speaking of fascinating groups of people that are just beginning to gain accurate recognition in Collective Consciousness….

Given when he lived, before the Shift into the Age of Awakening, Feldenkrais had one option: Traditional Enlightenment. So that’s the one he achieved. And gloriously!

Onto my Enlightenment Life List he goes! And here’s one final link in today’s post, to a post about: Answering many questions about Energy Spirituality-style Enlightenment Coaching. Because maybe you’ve wondered:

Now for Your Comments and Questions, Blog-Buddies

I’m eager to learn from what you write here.