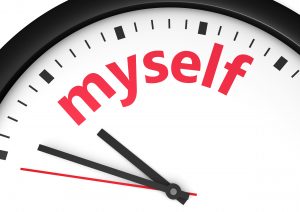 Orthorexia Celebrity Jordan Younger. Do you know anyone whose weight on a scale matters too much?

Have you realized it yet? A Physicality Aura Reading is… Just another way to say, Learning about a Person’s Humanity!

Here we’ve got an Orthorexia Celebrity in Jordan Younger. Certainly, she’s been purifying her diet. And showing off her physical appearance.

But what about the person inside? How is she using her precious opportunity here at Earth School? Like, personal growth. Like, spiritual awakening.

I have a passionate curiosity about the contrast between:

Why do I care about this contrast so much? Maybe it’s because we’ve been doing a lot of blog-commenting lately on contrast. Namely, the ridiculous things that some popular empath teachers tell their followers. Quite a contrast to expectations of wisdom.

And also, gack! Another crazy-making contrast: Between high-and-mighty Enlightenment teachers. Versus the current truth value of their teachings.

Now, Let’s Bring this Curiosity Down to Earth

Instead, basically, “Work on your body. Like, drinking green juice. Easy-peasy, your life can be perfect.”

So, you bet, I want to supplement Part One of this series of articles. Introducing you to Jordan. Also to orthorexia. Yet another way that people inadvertently harm themselves.

Ironically, the YouTube celeb could seem like the poster child for white privilege. Yet somehow she wasn’t eating enough.

Why not? Like other orthorexics, what was she trying to do? Nothing less than “eat” physical or spiritual perfection. Until, on the day of the photo used for these two blog posts… Jordan shared how her extreme diet was making her sick. Immediately, she re-branded herself. Becoming a new kind of diet authority. (Am I the only skeptic about this sudden new expertise? Especially given how well her last expertise turned out!)

Jordan Younger and Misty Copeland couldn’t be more different. Unless today’s research reveals something highly unexpected. To find out, let’s get started.

2 inches. Quite close to shutdown.

And yet the size of Jordan’s chakra databank is reaaaaally small. That teensy, for having a presence in the room?

Sadly, the quality tells me why: Due to numbness about her constant need for more food.

Mostly, Jordan lives in a fantasy world. At least, when it comes to sex.

Simply put, she equates sex appeal with being thin enough. Even at the time of this photo, when she’s starved herself into illness, guess what? Even now, has this chakra databank gotten the new message? Nope.

Clearly, this is an example of how very hard recovery can be. As a result, you may wish to learn more. For instance, you might wish to watch some of the heart-rending interviews with folks recovering from eating disorders. Like this one with Anna Kilar.

Maybe the following comes as no surprise: Provided that you’ve already got professional support for overcoming an eating disorder, guess what? Some sessions of Energy Spirituality-Type Energy HEALING might help. Because just about every day, I help RES clients get STUFF out of their auras. Permanently. (Afterward, helping to wake up a stronger soul expression.)

Simply helping one step at a time. Actually, we can accomplish a lot in each 55-minute session.

Especially interesting, this one! Since I’ve assumed that one Jordan’s main credential for selling herself as Vlogger has been… Emotional appeal to her follows.

But that doesn’t necessarily translate to awareness of her own emotions. Does it?

Disturbingly, it seems that Jordan doesn’t just avoid noticing her emotions. Rather, she’s cruel to herself in the process. And all this has become quite automatic at the level of the chakra databank. (Meaning, both a pattern energetically. Also, a subconscious habit.)

Since every day is a struggle. According to this chakra databank, anyway.

Imagine this: All day long, Jordan’s fighting her body. And she’ll fight to defend her ideals about the right way to eat. Yet she won’t admit how bad this makes her feel. (See previous chakra databanks I’ve researched today.)

Seems to me, given that, she may always need an external enemy to battle.

Incidentally, nowhere in this chakra databank is this interesting fact: How everything else I’ve found so far in Younger’s aura suggests constant battling. Like, fighting with her own body. Like, self-starvation as an idealistic crusade for perfection.

Thus, she’s numb to her own (optional but constant) inner fighting. While very aware of all the fighting she has to do “out there.” In the world.

Blog-Buddies, ever hear of Samson? The Biblical hero’s strength lay where?

Sigh! Evidently, at the level of this chakra databank, guess what… Supposedly… Gives Jordan her awesome power?

Did you guess “her thinness”? Then you guessed right.

How delightful to find something truly lovely in this aura! Seems like Jordan has a lifelong talent for charisma in communication.

In my experience, the quality I’m finding here is a God-given talent. Such as something that featured in designing Jordan’s Life Contract. No wonder she’s become so famous, so young!

May Jordan Younger have a long life. And, along the way, may she find this: Wisdom for using her communication talent… in ways that bring more truth into life!

What’s the real shocker here? That photo, Jordan looks normal. More on that in our final blog post of this series. Meanwhile…

Meanwhile, has  what you’ve read here… Opened your heart of compassion?

I wonder if any of you Blog-Buddies would dare to comment about folks you have met. Folks with an eating disorder. (Possibly including yourself, in the past.)

Did you admire those anorexics? Or bulimics? Or envy them?

And did you ever wonder, “What could I learn about them with Stage 3 Energetic Literacy?” Because that sure changes how I look at those who pursue “The Anorexic Ideal.“

Earth School. Back to School!
Orthorexia Aura. Does An Eating Disorder Show?