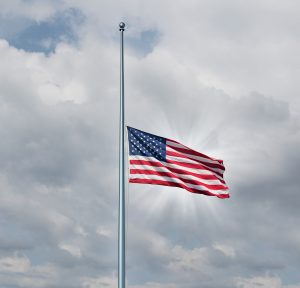 Trump’s Aura in 2019. May this article cut through some of the widespread confusion about this occupant of the White House.

Trump’s Aura in 2019. What’s going on with him energetically? Has he changed since my YouTube video, reading his aura as a Presidential Candidate?

Actually, the answer is yes. Somewhat and hideously, yes. Which is why the Aura Detective Work I’m about to do for you… May fascinate you as much as it fascinated me… to do for you.

Incidentally, any time that you watch YouTube videos that I’ve made, please give a Thumb’s Up. That way you’ll help to encourage me to make more videos some day. And definitely encourage others to see what I’ve got out there.

This Particular Article Is Designed for Maximum Share-Ability

Originally I wrote this for First Serial Rights publication in Pathways Magazine. Usually I re-work those articles a bit before posting them here.

So here it comes: Today, the Part One. And tomorrow the Part Two. All I’ve added are minor changes, like links and headings,

First of All, Introducing this Aura Detective Work on Donald Trump

Are you still struggling to wrap your head around the idea that Trump is president?

Do you find everything about him… repulsive?

Have you ever wondered what’s going on with Trump’s aura? Or even feared that it might be contagious?

Then I might be able to help. Because energetic literacy skills can bring you detailed information about what is – and isn’t – making Trump tick.

For this article, I’ll be calling you “Truth Seeker.” In contrast to a man who, as president, by June 7 has publicly told 10,796 outright lies or misleading claims. (According to the Washington Post’s Fact Checker’s database.)

How Can I Read Trump’s Aura from a Regular Photograph?

Don’t I need an aura photo?

Those colorful pix sure are pretty. And they can definitely provide reassurance. Back in the day, I didn’t read auras yet. Wasn’t even convinced that I really had one. So getting a photo like that brought me hope.

But fast forward to now and I prefer using the system of Aura Reading through All Your Senses®. Today I’ll use a skill set that you can get too: Stage 3 Energetic Literacy.  (Clairvoyance not required, either.)

It’s the equivalent of fluent word literacy – like what you’ve got right now, Truth Seeker, reading this article. Only this kind of literacy helps you to read what’s going on with somebody’s energies. Once you’ve got Stage 3 Energetic Literacy, hello! Every photo is an aura photo.

Not only will I be reading Trump’s aura for you today from a regular photo. I’ll probe all the way down to the super-deep level of his chakra databanks.

His what? In case you don’t already know about “chakra databanks,” let me give you a quick summary. Every chakra – you’ve heard of chakras, right? – every chakra contains 50 databanks. They’re tubes of energy, always named after something very human. Revealingly, at any given moment, each of these chakra databanks has both a symbolic size and a quality.

Once I get into the swing of reading Trump’s aura, all this won’t sound so abstract. But what if you’re curious to understand more?  Then you might follow up by googling “chakra databanks”. Of course, you can also find plenty of aura readings here at this Energy Spirituality blog. All these articles are loaded with details about chakra databanks. (This link can get you started at finding hundreds of Celebrity Aura Readings.)

Which Photo Will I Use Today for Researching Trump?

The choice of picture always matters quite a lot. Why, exactly?

You see, Truth Seeker, energetic literacy is different from a psychic reading, where one might receive a reading of a person’s aura for all time. Instead, this is literacy. It involves reading what’s before you now. Thus, you learn about a particular individual… at the time of that particular photo.

We humans can always use our free will to grow and become better people: Even one hour from now, your aura might be a bit more evolved than before. Comparing chakra databanks in a pair of comparison photos, an aura might show subtle but meaningful improvement. (Or not, as in the YouTube video of Trump mentioned at the start of this post.)

For today’s research I’ll refer to an image from the Washington Post on July 18, 2019. Although you may not remember this date in particular, if you follow the news, you might remember exactly what happened. Here’s how the Post described it:

As thousands chanted “Send her back!” at a campaign rally Wednesday night in Greenville, N.C., the president paused to let it amplify.

He listened for 13 seconds, as the stray shouts stretched into a uniform roar. Some raised campaign signs or fists to the rhythm of the crowd as they yelled. Some only murmured along. A few were children, following the lead of the adults sitting in front-row seats behind President Trump.

“Send her back! Send her back!” they yelled in unison, advocating for deporting Rep. Ilhan Omar (D-Minn.), an American citizen and refugee, to Somalia, where she was born.

#1. Trump’s Aura. Root Chakra Databank for Presence in the Room

All about the first impression you make to others.

Out to the moon. Symbolically, trillions of miles.

Only about 1 inch of this chakra databank involves Trump as a person. Instead, mostly the databank is filled with discarnate beings. Loads of astral entities, running him.

They’re gently in charge, in a way that suggests they have amicably run him for years. Using him as a kind of puppet: Just human enough to walk through the door

Hold on! What on Earth Is Going on with This Man’s Aura?

Are you shocked? I sure was, back when I first encountered this sort of thing.

Happened in 2,000. I had two clients who’d been taking a workshop with John of God. Both women felt weird after they returned home, so they booked sessions with me. For each one, I facilitated cutting her cord of attachment to the healer. And what I found was astounding. Both cords were loaded with what I’ll call “opportunistic entities,” trying to get a piece of the human action.

Since then, helping clients and doing energetic literacy research for my blog, what have I noticed? A steady – and truly icky – increase in this kind of thing. I’ve even developed a name for what was going on with John of God: Extreme spiritual addiction. In my experience, if I find discarnate beings running one chakra databank, it’s going to be happening all the others, with variations.

Beliefs and behavior about the need for honesty when dealing with money.

Out to the moon. Again, way over-functioning.

Once again, Trump’s being run by entities.

Yet this chakra databank reserves 1/8 inch for Trump, personally. Not only is that down from the 1 inch in the previously-read chakra databank. That size of 1/8 inch indicates that, humanly, he’s completely shut down, regarding financial integrity.

Truth Seeker, here’s one of the wacky skills I’ve gained from professional aura reading for over 30 years. Whenever I find a stumpy, shut down chakra databank (or component of one otherwise run by spirits, in Trump’s case), I don’t give up reading. By now, I’ve developed enough intestinal fortitude… and curiosity… to continue gathering information about what’s going on for that person.

Persisting then, here’s the deal. The man’s a money worshiper. He loves accumulating wealth, then hoarding it. By way of analogy, if you’re a spiritual person, deep down you may care most about God. Well, in the case of Trump, substitute “my personal treasure” and you’ll get the picture.

Fidelity in a marriage, degree of ethics around sexual behavior

Still, this is where it helps to have a dependable sequence of aura reading skills. Just so you know, it will be relatively easy for me to put aside my personal knowledge and simply read the guy’s aura.

What else is in that chakra databank, aside from the huge throng of astral beings? In this case, the Trump component extends 80 feet. So far, this is the biggest showing of what personally remains in this puppet of a man: a disturbing, distorted insistence upon sex. Essentially, there’s a trio of patterns: Trump’s porn-flavored fascination with sex; his insistence upon always having his way; and the absence of any concern about women (other than as convenience objects for satisfying his lust).

Commitment to following through, with action, on your promises.

Out to the – guess where? Moon.

When it comes to power integrity, yowza! In addition to the usual entities driving him, Trump maintains 18 feet of his personal version of power integrity. And it’s a doozy!

Have you ever heard this idea? Telling a lie the first time, one doesn’t quite believe in it. By repeating that same lie 20 more times, one believes in it more and more. And after telling that lie 1,000 times? The liar totally believes in that lie… and is even quite proud of it.

Golly, a person like that – somebody really good at that – would be a perfect candidate for inventing and pushing a term like “Fake News.” Interesting!

Personally, Trump has a triumphantly-absent version of power integrity. Values upside down: Proud of the stories he’s made up about himself; telling stories that are fictitious to people who pay attention to what happens in reality. But they’re “true” enough to satisfy him.

Let’s pause to discuss all this before I conclude this Aura Detective work on this man.