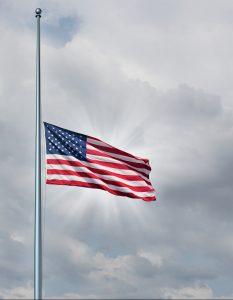 Read and then feel free to comment below. What leaps out at you, as I describe Trump’s energies and SUBCONSCIOUS state of mind?

First of All, Some Background on the Field of Energy Spirituality

Funny thing about that. Which words will you find at the top of every single page of my website? “Energy Spirituality”

Yet could it be? Many of you skip over those words. Maybe you’re even not sure what they mean. Understandable, so let’s pause to consider this.

Why Is Energy Spirituality Unique for Giving You a Depth Aura Reading?

Because Energy Spirituality includes techniques for reading auras that are current. Working now, in the Age of Awakening.

By contrast, have you noticed. Usually other aura readers and energy readers are stuck. Whether they know it or not.

Stuck doing techniques that come from the Age of Faith? That is, originating some time between ancient Shamanic work and the New Age Years (from 1980 until the Shift into the Age of Awakening, 12/21/12). Yet now, could be, those revered techniques just might be obsolete.

Clearly, some beautiful psychics and Holistic Healers are beginning to reconsider their work. Why?

Usually I explain it in terms of the difference in effectiveness. Like riffing on traditions used for centuries or longer. Versus using skills from now. Such as these Energy Spirituality techniques, as taught in online workshops. (Right at this website.)

Typically, I explain the difference in terms of skill at energetic literacy. Also known as “aura reading.”

But there’s an additional difference. I think I’ll add that in our COMMENTS section.

Probably you’d like to get straight to Part 2 of this Aura Reading. (In case you missed it, here’s a link to Part 1.) Me too. So let’s go!

Saying and doing things to get what you want.

Out to the moon.

Full of entities, sure. But is there anything notable about this particular chakra databank, rather than the usual ETs+astral-entities jazz?

Actually, yes. The part of this databank that’s still Trump’s flatlines at 1/8 inch. In short, utter shutdown. As for the quality, the man doesn’t care at all if entities use him as their puppet. “Amoral” doesn’t begin to do justice to Trump’s passive indifference to ethics. All that matters, to him, is grabbing more power.

Interest in cooperating with others, including leadership style.

Uh-oh! Just to get this thought off my chest before I resume the aura research… Sharing power is one of the most important things that a U.S. president can do. And yet here’s a man who already shares power routinely, giving nearly all of it to the entities who run him. So horrible! Okay, now I’m letting go of all that. Back to usin’ my skills.

Out to the moon. Surprising?

Within that distorted chakra databank, filled with discarnate spirits, Trump maintains 18 feet of his own interesting self. Quite lively still!

Until I researched this chakra databank, I had forgotten that the man is above all a showman. Maybe like some of you other Truth Seekers, I’ve never watched even one episode of “The Apprentice.” Easy! I’ve got a loathing for hucksters.

Yet showmanship is the great public delight of this American president. He adores:

Being president doesn’t interest Trump nearly as much as flaunting this showmanship. No wonder he gives so many campaign rallies to thrill his hat-wearing followers….

Willingness to seek – and find, and care about – your true feelings.

Out to the moon once again!

All but 1/8” here is under the influence of astral beings. And how about that teensy Trump part of the aura real estate? It’s sheer indifference. Quite the opposite of being a Truth Seeker, don’t you think?

Style of telling the truth; caring about telling other people the truth.

Entities’ Score: Out to the moon

What’s happening in this chakra databank might be the most distinctive and important news from the entire aura reading.

To put it simply, several gangs of discarnate spirits run Trump – and they’re having a ball. Since he has no verbal integrity whatsoever, even that last remaining bit of Trump ego positively delights in what happens. Because who knows which words will come out of his mouth?

Yes, my research suggests that several different groups of entities take turns supplying the words that Trump speaks. And to them it’s hilarious, just as he appears to find it amusing.

Incidentally, I’ve read hundreds of auras of people who are also in Extreme Spiritual Addiction. So far, Trump’s the only one who juggles multiple groups of entities. Everybody else with this problem lives in service to one particular group of discarnate beings, promoting its own particular agenda.

Personal interest in the Divine, and degree of energetic connection.

Laughter and sneering. Entities who run Trump rejoice in expressing sentiments like this one, “God, we’ve made you into a nothing.”

Out to the moon. Of course!

Given that this chakra databank involves receiving guidance from spirits, Trump’s aura shows total comfort in doing whatever those spirits want. To Truth Seekers like us, that would be a spiritual nightmare. But in his case? More like the entities enjoy what’s happening. While the 1/8 inch left of pure Trump likes it too.

For these opportunistic beings, running the president of the U.S. constitutes kind of a triumph. However, from my perspective, their pathetic attempts to manipulate human beings aren’t going to win. Not by a long shot.

Not only don’t most people have enough energetic literacy to tell that Trump is now a puppet. Many are struggling to make sense out of his changing positions.

Really, though, it’s this simple: Different groups of entities, who run our president, have different agendas for influencing human beings. When they take turns running him, they’ll take positions differently from the group that was in charge minutes ago.

Overall, seems to me, playing around like this a big joke to all the groups of entities involved. Because what do they have in common? All of them enjoy chaos. In particular, they find it good sport… to weaken the humans who earnestly try to figure out Trump’s mismatched positions.

So Where Do You Go From Here?

Truth Seeker, today you’ve read a lot of aura-level truth: Insights into what runs our president’s subconscious mind and aura.

For now, let’s conclude this article with a couple of practical points: