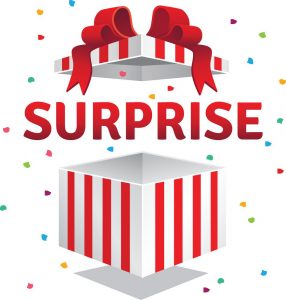 Going from an exceptionally quiet weekend at this blog

To a weekend with such sweet (and unexpected) news!

First of All, Context

This Enlightenment Coach gives workshops. Altogether, in 2019, I’ve given five of these in-person workshops.

Overall — just like at this blog — every Energy Spirituality

has a very practical purpose.

NOW meaning, in the Age of Awakening.

Unremarkably, I Thought, This Was Just “Another” Enlightenment Workshop

Except that, to me and evidently all my students in every single workshop this year…

Every one of these Energy Spirituality Workshops has proved meaningful. Especially important, every one aimed to deliver new understandings and techniques.

Of course, it’s one thing to take a workshop to “Gain Spiritual Clarity on My Enlightenment Path.” Quite another thing? What are the odds! That one of the students received Enlightenment Validation

And that’s a first. Such a highlight for a spiritual teacher active since 1970!!!!! Since my student has given me permission, I’ll tell you her story.

Over the years, Name Alignment Gladys has had a smallish number of Energy Spirituality Sessions with me. And what was one of the previous highlights? A couple of sessions of Name Alignment®. That is, a specialized kind of energetic literacy research, resulting in an excellent first and last name for my client. A name of power!

Since then, Gladys has been in the process of making her new name legal.

And, how great is this? As an adult, Name Alignment Gladys has learned to speak Mandarin Chinese. Pretty amazing, since nobody else in her family can even say words in English with the four different tones. 😉

Because she has a lot of connections to China, Name Alignment Gladys wanted extra research. Might I research a variety of different combos of Chinese characters? Because she had choices for how to write her new name in Chinese. Together, we aimed to help Gladys decide. So that she could apply to have both versions of her name made legal:

Until Now, the Closest I’ve Come to Such Research Was…

When I helped my Japanese client Joe-san with his name alignment. After I helped him choose his much-improved Japanese name, we researched multiple ways to write it in Japanese characters.

Fortunately, there was one clear favorite. Maybe five years ago, this became Joe-san’s legal name. Incidentally, Joe has been my Energy Spirituality client for over 10 years. And we had a session together just last week.

Back to that Age of Awakening Enlightenment Workshop SURPRISE

Right from the first chakra databank that I researched during that new Name Alignment session, wow! Obviously, to me: Age of Awakening Enlightenment seemed likely.

Just kidding about the pizza part.

Immediately after doing related Enlightenment Coaching, I got to complete the original job. Name Alignment for choosing characters. Just as with previously mentioned Joe-san, guess what? Clearly, one choice of characters stood out for spelling that name. Accurate research. Although in a language I don’t even speak!

Blog-Buddies, here are some details that she gave me permission to tell you now. Later she may write her own guest post about moving into Age of Awakening Enlightenment. Also, after her new name is in place, she’ll tell you what it is. Suits her so much better than that birth name, yowza!

When taking this Enlightenment Workshop, this one was #14 for Gladys. That’s a lotta Energy Spirituality workshops, isn’t it?

Along the way, Gladys developed Stage 3 Energetic Literacy. Also, she was in the breakthrough workshop for learning Soul Thrill Aura Research®.

Enlightenment Validation Came as a Surprise

Usually does. Yet within 24 hours, Name Alignment Gladys had some sacred inner experiences that convinced her. Yes, definitely in Enlightenment.

Previously, though, she believed that Enlightenment was a far distance away.

“All my choices have brought me right here,” Name Alignment Gladys concluded.