Narcissists. The Worst Way they Hurt You 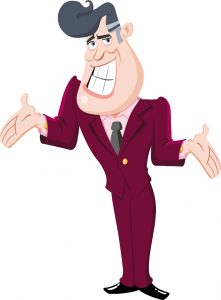 Narcissists Unexpectedly Hurting You. What’s the big problem with becoming an expert on narcissists?

Narcissists Unexpectedly Hurting You. What’s the worst way that narcissists are hurting your life right now?

Do you worry that narcissists in your life might hurt you?

Warning: What I have to share with you here… Maybe it will shock you. But please, keep an open mind.

Since you’ve got self-authority, right? So here’s a fine way to give it a workout.

First of All, Meet One of Those Scary Narcissists

The kind of person who gets the internet all aflame. Burning with righteous indignation!

Here’s what happened to Joe. Thus far, he’s been my client for 10 years. And for half that time, he’s had the most awful relationship. Perhaps you’ve guessed it…

Many a session of Energy Spirituality HEALING aimed to help Joe in this love relationship. Seemed to me, Joe was getting strong enough to finally break up with Gladys. Except it was taking him such a long time!

Some RES Clients Have Sessions Separated by Years

That has been the case with Joe. After a couple of years, he finally booked a session with me. Oboy, did he ever have a load of new STUFF in his aura! Including some STUFF related to sticky drama. (Drama that I helped him get past.) (Granted, that’s not what this article is about. So we won’t go into detail about this. Instead, let’s just note: Joe’s aura — and life — were the biggest mess I’d seen in him yet. )

“Finally I broke up with Gladys. It was hard. But here’s what helped me. I’ve spent the last 1 1/2 years learning all about narcissists. Rose, Gladys was such an abusive narcissist.”

Plus… And this seems to be part of the allure. Essential for this new approach to personal empowerment… Joe got to play the part of a poooooooor victimmmmm.

Ick! Not a good look on him!

In a couple of follow-up articles I’ll research some experts in narcissism. Because I’m very curious about how great their auras are doing.

But here and now I’ve got something to say.

Calling People Narcissists Can Hurt YOU

Since I don’t think the changes I saw in Joe were unusual. Rather, they were perfectly logical.

This is how narcissists can hurt you. Even if the people you fear aren’t technically narcissists.

Fearing and hating so-called narcissists will dumb you down. Keep you from thinking clearly. Maybe turn you into a poooooooor victimmmmm. And definitely keep you from noticing what happens in objective reality.

Consequently, blaming narcissists could become your way of solving problems. Keep at it and you could become a hater.

So many countries are divided politically. Like American MAGA hat wearers voicing hatred. And others reacting with loathing and fear. Already, at this blog, we’ve had a blog post that many of you appreciated. A post about how you may be having random new thoughts of prejudice. And how we can quell those ugly thoughts.

In general, I see Name-Calling Narcissists as an insidious variation. Because nobody has the right to call somebody else a narcissist…

Noteworthy: Calling somebody a narcissist isn’t just a trendy insult. Like today’s cool term for “buffoon.” Or “ruffian.” Or a “cad.” This is a mental health diagnosis. Imagine how ridiculous it would be if the next trend was to give a one-size-fits-all health diagnosis. Like, “Oh, my ex Gladys? She was such a leper!

Blog-Buddies, don’t you know people who casually fling around that psychiatric diagnosis? Maybe their favorite go-to insult! Such as, “You hurt my feelings. You aren’t perfect like me. Therefore, all along, you’ve been a narcissist!”

Look, pop psychology may “credential” us all to play pretend therapists. But people who go public with blaming life’s woes on narcissists? Hopefully, they’re not really therapists. To use a technical term, oy veh!

While my client Joe was living with Gladys, I researched her aura many times. Based on that, here’s what I noticed:

Sadly, sometimes Gladys acted selfishly. But she gave enough in that relationship to win Joe’s affections. And he’s not a stupid man. Quite the opposite.

Sadly, sometimes Gladys was mean to Joe.Yet Joe kept coming back for more.

Did all this mean that Gladys was a twisted, dangerous demon in human form?

I don’t think so.

Paying the Price for Blaming Narcissists

Blog-Buddies, for everything good thing in our lives, we pay the price.

During a dozen years dating Gladys, Joe paid a certain price. (A price he later called, “Living with that terrible narcissist.”)

Summoning the strength for the breakup, Joe turned to the popular meme. Because these days “narcissists are everywhere.” At least you’d think so to hear people talk.

To me, that’s a very serious problem. Not all the alleged narcissists. But all the casual hating.

What happens when we try to gain strength through hatred? (Since that’s what Joe was doing, IMO.) Don’t we pay a terrible price?

Has it ever helped you, spending hour after hour in Narcissist Studies?

Does spotting narcissists seem to you like the solution to every problem?

And why is there such an air of sanctimony around calling people narcissists? Like it’s supposed to protect you!

It doesn’t. It hasn’t. And it can’t. — At least, that’s my opinion. What’s yours? COMMENT away! This topic is well worth discussing.