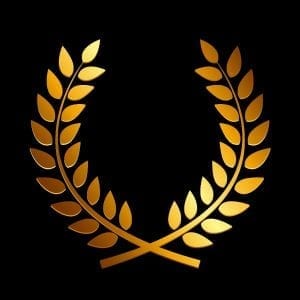 Greta Thunberg Skilled Empath Merge. Because so many of us wish to learn about this environmental activist.

Such a passionate communicator, speaking truth to power! Maybe the most effective teenage activist since Joan of Arc!

Therefore, I Chose Greta as Contest Winner #2 of 3.

Presciently, OLIVIA SWAN nominated the teenage activist at our most recent contest. Although it was summer, when OLIVIA entered Greta’s name at our Being Someone Wonderful Contest.

I’d be interested in knowing more about Greta Thunberg. She’s the young woman from Sweden who is leading young people in a global climate change movement. And she appears to be a powerhouse who’s ready to take on the world.

Due to the particular contest that OLIVIA entered, that wasn’t all. Together, we had to agree on a question to answer, via Skilled Empath Merge.

As discussed in Comments 63-71, which question did we agreed upon? “How does she communicate with people?” Sweet! For sure, I’ll be answering that.

Also, Did You Know that Greta Thunberg Has Aspberger Syndrome?

Previously I’ve researched some people on the autism spectrum. But only by reading auras.

Sure, the Swedish activist has described herself as having Asperger Syndrome. However, that term is no longer an official diagnosis. (At least, according to the American Psychological Association.) Although plenty of other people refer to Asperger’s. For instance, Thumberg. She calls it her “superpower.”

Therefore, today’s blog post is a first for me. Doing a Skilled Empath Merge on someone with this very different kind of human consciousness?

Incidentally, Are You Familiar with Skilled Empath Merge?

Here’s a video link to my intro to Empath Empowerment® Coaching. Incidentally, if you ever like any of my YouTube videos, please give a thumb’s up. Thus, you’ll help more people to find Energy Spirituality.

Maybe you’d like to join our ongoing conversation about Skilled Empath Merge.

Just yesterday, we had a pretty dramatic exchange at that blog post. In Comment #348 I issued this challenge:

Check out how many of today’s empath experts have published even one “Skilled Empath Merge.” Seems to me, this skill is obligatory for anyone doing professional work as an empath coach. Yet the number of empath experts at the previous link might shock you.

Well, intrepid Blog-Buddy LIANE clicked on that link. Scoured that Google link, and then came back to write Comments #349-50.

“Seeing this google search was a little eye-opening…. So, to see that you are the only one (THE ONLY ONE!) who has done (and teaches) Skilled Empath Merges boggles the mind.”

For Today’s Skilled Empath Merge, Which Photo Will I Use?

This video thumbnail. From when Greta Thunberg spoke at the U.N. on Climate Change. Addressing the 2019 UN Climate Action Summit.

Greta Thunberg Root Chakra Databank for Presence in the Room

First of all, how does this person act, humanly? Think, humanly? And connect to other people, humanly?

Reality is a set of facts and principle. Like pulsating events. And what’s most interesting about all this? Definitely, the patterns.

Note from Rose: Having Asperger Syndrome (a.k.a. High-Functionism Autism)  means having a very different quality of life. Unlike standard-issue brain functioning for people who qualify as “normal.”

Like being built as a cello, rather than a violin. Human senses work. Human intellect is far more detached than the human norm. Bringing extra clarity. In short, different strengths. Along with different limitations.

Due to being human, we live in a particular climate. Including animal, vegetable, and mineral forms of life. Of course, we’d all have this chakra databank.

Such an intellectual, conceptual way of relating to nature! Think-feel:

Many of us, watching Thunberg in this video, might imagine that Greta has a loving, sensuous connection to nature. As I have, for instance, since childhood. But nooooooooo.

And we might assume her rage is connected with other sweet emotions about nature.

However, we’d be wrong. Don’t you think that Climate Change data, principles, patterns, logic, and common sense would be enough to prompt rage?

This doesn’t work. “Emotional Self-Awareness” is a standard-issue chakra databank for adult humans.

However, having it doesn’t mean using it.

Technically, this chakra databank exists. Only it is completely shut down, undeveloped.

Specifically, what are the qualities of communication for this unabashed speaker. Especially, for someone who recently told world leaders: “How dare you? You have stolen my dreams and my childhood with your empty words.”

Here’s the chakra databank that can answer OLIVIA’S question.

For Greta Thunberg, in this situation of leadership, wow! Her communication quality is intense.

What strikes me most? How nothing else gets in the way.

Most public speakers, especially ones who are young or inexperienced, push down complicated emotions. Like self-doubt. Or trying to control anger.

By contrast, Thunberg’s “superpower” helps her to stay focused. Much like the career of Bill Gates. (Perhaps the most famous public figure who rides high on the autism spectrum.)

Usually I don’t research Crown Chakra databanks. Simply because they’re not usually terribly relevant to practical life? But this one? Somehow I have a hunch that Greta’s connection to Planet Earth is not in the background of her experience.

If you’re fairly emotional, you may notice A LOT in  that way.

And the same might be true for being wired in this lifetime as highly physical. Or extremely sexual.

We humans specialize at noticing some aspects of our personal lives more than others.

Well, in my experience of researching some autistic persons, it’s quite common to NOT specialize in aspects of that personal, human life. Rather, that individual notices one or more facets of experience like this one. Earth’s Environment.

Seems to me, she notices it acutely and intensely and waaaaaaay personally. Human consciousness OFF the autism spectrum renders us clueless about experiencing this kind of intensity.

If I hadn’t just experienced through this bit of Skilled Empath Merge, would I have guessed? Nowhere close.

Collective Consciousness matters to us all. Since, by definition, it influences us all.

Usually folks go along with the offerings of Collective Consciousness. Like ready-made cliches for thinking and speaking, easy to grab. And the more intellectually lazy a person is, the more likely to just love these cliches.

Only this teenager is hardly intellectually lazy. Quite the opposite. Greta’s environmental activism pits her against the apathy in Collective Consciousness. Accordingly I’m very curious about experiencing what’s with this chakra databank? Back soon to tell you what I find.

Quite some contrast! In my experience, Greta totally bypasses human Collective Consciousness. Instead, she lives as an original. Here and now, deciding for herself what matters.

Thus, we could call her cliche-immune. Excuses immune.

Many of us couldn’t bear it, having such an intense experience of life on earth. But she can. And she does.

Seems to me, holding up her head and acting as if her human life is the main thing she’s experiencing? That’s her big courage area.

By comparison, how hard is it for her to address the world’s political leaders? Scolding them, even.

What a hero Thunberg is for the human race!

Looking forward to your COMMENTS, Blog-Buddies. 🙂

Maybe you can tell, watching this video. It shows a demonstration of Skilled Empath Merge. This one, I did to research gold medalist Simone Biles, the amazing Olympic gymnast.