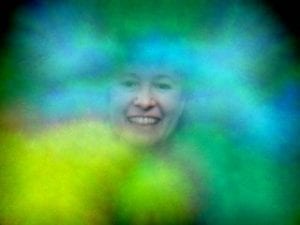 Satya Nadella Skilled Empath Merge. What’s it like to be the Microsoft CEO?

With a Skilled Empath Merge, I’ll explore being him IN CONSCIOUSNESS. Awarding the third and final prize in our “Being Somebody Wonderful” Contest. 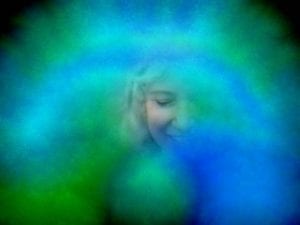 You see, Blog-Buddies, so many years after Hyun Martin took these aura photos of me. Mostly before and after doing some Skilled Empath Merges.

Boing! I realized that you might enjoy having me preface some Skilled Empath Merges by showing you a pair of pix. Like this one.

Here, in the first photo, I’m holding a piece of stilbite. (That’s a semi-precious stone. One of my empath gifts is “Crystal Empath.” So that’s why I’ve done several research explorations of this kind.)

Meanhile, in the second photo, I’m doing a Skilled Empath Merge with that piece of stilbite. See the diff?

And Now, Back to TODAY’S Skilled Empath Merge

Giving him due acknowledgment, let’s not race past this thought…

What Was Amazing about this Educational Contest?

As an Empath Coach, I do find all of those contest back-and-forths amazing. Here’s why.

So yes, it’s quite wonderful that you’ve found that expert — against all odds. 😉

Seriously, I feel a responsibility to educate people about what really helps empaths versus what doesn’t. This blog post invites you to an open-ended inquiry on that topic, BTW.

And this YouTube video summarizes my goals as an Empath Coach. If you like it, please give it a thumb’s up. And help more people find Energy Spirituality resources.

All of which helps you to appreciate our recent Educational Contest. Where we explored what IS and ISN’T appropriate to ask. Because together, we’re bringing this new knowledge into the world. Skilled Empath Merges are  a thing. A new thing. And a useful thing.

Wholly unlike psychic readings. Or, for that matter, the empath services provided by psychics and intutitives. Called “empath training.” But often a repackaged version of psychic development.

And about Today’s Exploration in Consciousness…

Following that, I helped to refine those questions.

I’ll be answering these questions from EDWARD. All of them about Satya’s subconscious and energetic experience. Not what he’d have in his conscious mind.

First of All, Meet Satya Nadella

Maybe he’s not a household name, like Bill Gates. Except, hello! Nadella was named the CEO of Microsoft in 2014.

And which image will I use as a resource for today’s Skilled Empath Merge? Let’s go with a screenshot from this Microsoft Inspire 2019 Corenote.

If you’d like to research him, Blog-Buddies, go ahead and do either an Aura Reading or a Skilled Empath Merge. Up to you!

Then, please share it with us. And only then go forward and read what follows.

And what if you’re new to depth research into people’s auras? Then you might want to read this article about chakra databanks. That way you’ll know what I’m researching five of, coming next. Plus, you can reassure yourself that technical terms of Energy Spirituality always lead back to what’s human. And, hopefully, what’s relevant to your life right now.

What is the quality of his emotional paying-attention-to-feelings?

Open to people. Very open to people. Provided that they acknowledge him as The Authority.  (Since, if you think Mr. Nadella is a humble man, think again.)

Also, he’s open to people right now because… which people, exactly, are before him? Microsoft employees. The cream of the cream.

Seems to me, Satya is quite conditional in his ability to notice emotions. Kind of like how, before you feel safe in your home at night, first you lock the door. Keeping out any riffraff.

If he’s not with super-smart people. For that matter, people who defer to him as The Smartest One. Well, that emotional self-awareness shuts down as fast as you could say, “Crash.”

Is he apt to trust other people’s ideas? What’s his range of intellectual trust at the time of this particular image (or photo)?

At the time of this keynote, caught on video, Satya Nadella is addressing a group of brilliant Microsoft employees. He’s excited. Not only does he trust them. (After all, he can fire any one of them he pleases, right?)

Beyond that, it’s a relief and a joy for him to be among people of his kind. Nerdy, geeky, visionary people.

He can let loose and share the leading edge of his thoughts. One of the best experiences possible for him!

Probably similar to what it feels like for me when I give in-person workshops of Energy Spirituality. (And yes, I will be announcing the five new RES workshops for 2020, soon as feasible.) And, evidently, the quality of trust — and eagerness to learn together — in a diffuse online way — we also have at this blog.

So important for a CEO, right? When he’s got a new project, how comfortable is he with moving forward? Particularly related to trusting himself!

Quite some high opinion of himself, Satya has. Coupled with excitement. And also a certain kind of idealism.

Best I can translate it into words: So long as I am running Microsoft. And so long as we do everything I want. And do it my way. We are going to have the best success ever. Guaranteed.

Every adult has a degree of interest in learning intellectually. A quality will be in that chakra databank, too.

Gifted! Satya Nadella is intellectually gifted! Particularly in his line of work.

What’s the rest? Evidently, and despite a thick cover of social politeness and friendliness and humility… The man is quite sure he’s a genius.

Funny! I’ve read Einstein’s aura here at this blog. Did it as a Skilled Empath Merge, actually. And guess what? Einstein didn’t have anything going on like “I’m such a genius.”

In general, I have a theory that so far I’m unable to prove. But in case you’re interested, it goes like this:

Individuals who are so full of themselves, they’re totally sure of their extreme superiority, might have the potential to do significant things. But they’re not ever going to be geniuses.

That said, confidence can help high-level managers in many ways. Including their ability to keep learning. (What, let others outsmart them? NEVER.)

Bored! “I’m too smart to concern myself with financial matters.”

As if, his company’s success depends on his ideas and his leadership. So long as he does what he wants… and gets what he wants… All the financial details will sort themselves out.

Believing in philosopher-kings is sweet. And it goes back a long way in history.

Likewise, believing in a charming, philanthropic, sweet CEO of one of the world’s biggest companies? Good luck with that.

Microsoft Founder Bill Gates was not famously a nice guy. At least, he didn’t turn nice until he stepped down as chief executive. And began to emphasize philanthropy.

Could be, Satya Nadella is exactly as tough as, these days, in his executive position, he needs to be. Neither wicked nor dishonest, Nadella is simply ruthless.