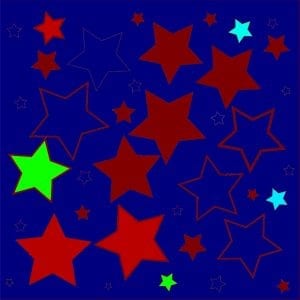 Phoebe Waller-Bridge Aura Reading. If you think that “pervy” means cute and fun, you won’t love what I have to say about this woman.

“Phoebe Waller-Bridge seems to be having a moment. I saw her win two Emmys last night. I’d like you to research her, and here’s why.

“I’m not a fan of the “Fleabag” concept. Seems to me like normalizing a lifestyle that’s not of interest to me. Is Phoebe super-creative and wonderful? Or maybe not so great.”

Me neither, to put it mildly. Due to facilitating some sessions with Energy Spirituality clients… Where I’ve helped clients stop living as sex addicts. Therefore, the idea of people watching a show that glamorizes this behavior? Ick!

Will this Aura Reading Show that, at the Emmy Broadcast, Phoebe Was Just Joking?

I doubt it. Famously, the late Maya Angelou famously wrote:

“When someone shows you who they are believe them; the first time.”

Personally, I don’t like the thought of a “dirty, pervy, angry, messed-up” person winning life’s shiny prizes. However temporarily. By all means, though, let’s read Waller-Bridge’s aura. How glam is she, aurically?

But First, Are You Familiar with Aura Reading, Energy Spirituality-Style?

Certainly, these short YouTube videos can bring you up to speed. (And if you like them, please give a thumb’s up. That way, you can help more people to find Energy Spirituality.)

I’ve learned to do energetic literacy, and you can too.

Incidentally, here’s another video for background. This one’s about “When I Read Your Aura.”

One term you’ll find a lot in what follows is “chakra databanks.” That link I just gave you? It will help you to understand something essential today. Because you can’t be literate about energy without reading chakra databanks.

Finally, here’s the photograph that I’ll be using as a basis for today’s aura reading.

What is the quality of this person’s sense of humor at the time of the photograph.

5 inches. Quite close to shutdown

She’s being serious now. You can see it in her expression as well. Trying hard not to burst out laughing.

What’s irrepressible, nonetheless? It’s Phoebe’s desire to make fun of everyone. And everything.

Contempt clings to that chakra databank, even when Phoebe’s trying to be serious. Contempt seems to drive her laugh-making talent. Yep, contempt plus a very high opinion of her own cleverness.

I wonder if the audience would have found her equally charming if she described herself… Using a tone of full witty British self-deprecation… As “a dirty, pervy, angry, and — most of all — exceedingly arrogant entertainer.”

Note: Why did I begin by researching this chakra databank? Because I wanted to begin with something positive. Oh well.

About telling the truth — what’s happening there?

4 inches. Even more than the previous chakra databank… Extremely close to shut down.

Evidently, Phoebe will say anything that makes her look clever. Quite simple, really.

What’s this person’s highest standard, spiritually? And to what extent does she care about God?

Missing no opportunity to get away with bad behavior. Missing no chance to influence others to choose hatred and spite. (Rather than sweeter alternatives in life, such as living with all forms of integrity.)

Like it or not, all of us humans get angry. The question is, what do we do with that emotion, once aroused?

Never missing an opportunity to feed anger — that’s Phoebe. Whether feeding her own sense of entitled rage… Or getting audiences worked up into a strong sense of injustice and indignation.

Hey, that’s what haters do. And for Phoebe Waller-Bridge, hating appears to be her favorite sport. Namely, for her, an extreme sport

Noteworthy, to me: Animals just have mating behavior. Whereas we humans can create beautiful love relationships, where physical love is one of the most glorious adornments.

Over-emphasizing sex, that’s part of the mess in this chakra databank.

But mainly, sex appears to be a way to inflict cruelty. Not only physical pain, to some degree. More particularly, emotional pain.

And also it appears that Phoebe’s sexual proclivities include using sex to strip away:

On a Personal Note

Above all, for me, this aura reading has solved a bit of a mystery. I was watching her part of the Emmy’s broadcast. And although I didn’t see that broadcast in its entirety, I saw Phoebe’s first acceptance speech. And part of the second one, where she repeated her first acceptance speech, word for word. As if that were a witty thing to do. Rather than, in my view, shockingly disrespectful. Like a clever thing to do while in middle school.

When Mitch and I watch TV together, sometimes he sees me bristle at the sight of celebrities in extreme spiritual addiction.

Rapidly, Mitch saw me go from happy to see a woman recognized for writing… To a very distressed expression. The next day he commented on how upset I seemed to be, watching Phoebe.

Why was that? I didn’t know until I wrote today’s blog post.

In my heart, I expect people to be loving. Deep down, everyone has some good qualities. I hope I’ll continue believing that until my dying day.

Maybe you’d think that after all the aura reading I’ve done by now, my expectations would be different. But no. I’m a bit of an idealist, even a sap.

While watching that show, I didn’t understand why I found this fellow writer to be so deeply offensive. However, I was getting a whiff of her auric modeling. Which explains a lot. Yet one more time, I’m very glad to have energetic literacy skills. If for no other reason, to find out specifically why a popular person truly creeps me out.

Have you noticed? Some people just drift through life, seeking pleasure and novelty. Eager to explore their most disgusting curiosities.

For instance, consider the 30% increase in America’s hate groups since Trump became prez.

Opportunities are especially ample for a witty white person with a high class British accent. Phoebe’s triumph involves making garbage glamorous. But was her aura all that glamorous? Maybe not.

Long term, here at Earth School, life involves consequences. Over time, we get consequences for dragging ourselves down. Or giving ourselves over to an animalistic, selfish lifestyle. Consequences include what happens to our auras.

What if friends are pushing you to watch “Fleabag”? Perhaps you might share this article with them.