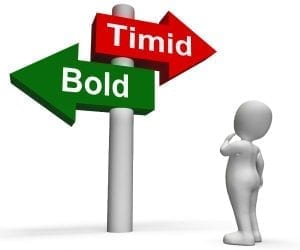 Have you been following the Trump Impeachment Inquiry? Presiding is Adam Schiff, Chairman of the United States House Permanent Select Committee on Intelligence.

Crisply gavelling away, Chairman Schiff shows great calmness and clarity under pressure. Does that mean he’s in Enlightenment? No. But a higher state of consciousness isn’t required to accomplish great things. As you’ll be reading here.

Yes, today’s one of our Friday Trump Impeachment Aura Readings.

Why Choose Rep. Schiff for our Second Aura Reading of this Series?

Partly because you’ve requested it, over at that aforementioned blog post. (Where you can continue to nominate folks for aura readings.)

Speaking of you, speaking up… In addition, you can nominate public figures for our Face Reading Contest. It’s live until Thanksgiving. LIANE has already given a beautiful nomination of Ukranian President Zelensky. All you need, for nomination, is to name a public figure who’s a hero to you. And then tell us, why is that person a hero to you?

Speaking of nomintations… Who nominated Schiff for our Friday Impeachment Aura Readings? Both TRICIA, SERIN, and ISABELLA. If I left anybody out, please correct the omission by commenting below.

That can be just one reason among many for COMMENTING below. So might I recommend? Simply make notes of your reactions as you read further. 🙂 Then turn them into comments to share with your Blog-Buddies. And now, speaking of Rep. Schiff…

Did you know what happened Wednesday?

After he concluded the session, the public gallery stood and applauded. Schiff had just made a brilliant statement. Explaining why Gordon Sondland’s testimony was “deeply significant and troubling.”

No wonder I thought, “That settles it. This Friday is gonna be Schiff-day.”

Next up, BACKGROUND about the Kind of Energetic Literacy in Today’s Article

Before I we go further, here’s some background on aura reading. Please give yourself the benefit of reading what follows. Because this isn’t psychic work, or other things you might expect.

For starters, the system I use is Aura Reading Through All Your Senses®. Trademarked for a reason. If you compare aura readings, what will you find? Most likely, you’ll agree that other versions of aura reading don’t deliver the same detail or accuracy.

Here are some of the defining characteristics of this kind of energetic literacy. Incidentally, all of the following will be true of you, too, if you become an aura reader by developing Stage 3 Energetic Literacy. (That’s the minimum for reliable aura reading.)

If you’re not sure what to expect from this kind of aura reading, here’s a fun resource for you: Click here to find hundreds of other examples of Deeper Perception Made Practical.

Especially for You Blog-Buddies with Aura Reading Skills, Join In!

Here comes a link to the Rep. Schiff photo I’ll use. Of course, you can use it as well.

And here’s the list of chakra databanks that I’ll be exploring today. Since you might enjoy choosing these too.

Important, Aura Reading Blog-Buddies: You might wish to substitute a different chakra databank for that #5. Because it’s a bit easier to read Crown Chakra databanks. (Yes, easier. Although you could also say, more difficult.)

Practically speaking, if you research a Crown Chakra databank, you may receive the info extra-easily. Otherwise? If you find yourself “squinting” in consciousness, drop it.
Substitute researching a different chakra databank of your choice.

Hey, that gives us another reason to COMMENT below.  Got questions about causational chakra databanks?

Finally, a reminder to you aura readers: It’s educational to do this research before reading what I have to say. Glad to say, so far that’s what everybody has done with previous blog posts. Definitely the way to go!

#1. Adam Schiff Root Chakra Databank for Presence in the Room

Often it’s useful to research this chakra databank. Since it reveals how a person presents himself or herself energetically.

Granted, that’s always changing from one situation to another. Yet Schiff can’t present himself as an entirely different person from who he is. Not at this highly important chakra databank. (Nor in the rest of his auric modeling, either.)

No more than I could sit here at my computer, writing this article. And then, on impulse, do a series of back flips. Ain’t happening. (In this lifetime, at least.)

Note: The exception is a ridiculously skilled professional actor. If you follow this link to aura readings I’ve done of Oscar-nominated actors, hello! You’ll find that most of them don’t manage to change all the way down to chakra databanks.

Anyway, this particular chakra databank reveals a lot about what we could call “character.”

Presiding over this Impeachment Inquiry, Rep. Schiff has put on gravitas. Just as every male, role-respecting congressman in the room is wearing a suit and tie.

Nothing phony about it. More like doing his job.

Specifically, Schiff is now serious, dignified, leading with his power. Just so happens, he’s comfortable doing all this. You see, it’s like he owns a Gravitas Suit.

Might it take great presence of mind to do all that crisp gavelling? I think so, don’t you? So let’s explore how Rep. Schiff can pay minute attention to the reality around him. Including what people say. And any sneaky tactics they try.

Staying in the moment seems like a key to success for Schiff. Like an outstanding professional athlete, he commits wholly to being present in the moment.

Evidently, this political athlete has already had plenty of practice. Since the way he steadies himself and lives in the moment… It feels like a skill he has cultivated until it works like muscle memory. Thus, by now, this temporarily over-extended chakra databank… feels natural.

What Schiff is doing feels comfortable to him. (To put this another way, the head of this Trump Impeachment Inquiry has paid the price. Seems to me, people aren’t just “gifted” with this ability to live in the present. Human beings can develop this kind of attentional talent.)

Human adults with normal brain functioning have this chakra databank. Plus we’ve got many others about managing human difficulties. I thought I’d include this particular one, rather than others.

Hey, here’s some inside info for all of you consciousness lifestyle sophisticates:

Of course it’s revealing to read what’s going on in one of these struggle-type databanks! (After an experience of spiritual awakening, or when living in spiritual addiction, typically, the person feels high as a kite.

Quite a contrast — and mess — shows at chakra databanks about managing human difficulties.

Steely. This is part of Schiff’s Gravitas Suit. Using a knack developed with free will, he chooses to make himself impervious to criticism. Just as you and I, Blog-Buddies, might choose to wear a raincoat when we’re outdoors in a storm.

Besides, as some of you may know from harsh experience, when it comes to feeling all victimey about criticism… Sometimes that’s a luxury that a person simply cannot afford. These televised hearings are an exception. Did any of the truth tellers indulge their emotions?

Gee, do you think there might have been a bit of conflict in the room for that Impeachment Inquiry Hearing? Not only the political tensions. And the gravity of America’s fourth-ever Impeachment Inquiry. But the lights, the cameras, the reporters, the scrutiny, the passions, the internet….

40 feet. Normally functioning, regarding size. More specifically, on the high side of normal.

I wouldn’t call Adam Schiff’s performance 100% honest. Instead, he’s a bit of a performer. Maybe all big-time politicians today must do that?

Anyhow, I notice a performer’s studied steadiness. And also a tiny bit of sweetness thrown in. Like some supermarket-bought pizza that I, regrettably, ate yesterday. (In case any food manufacturers are listening, if I want sugary food I will eat an honest desert. No doubt millions agree with me: Stop sweetening up non-desert foods!)

Long as I’m getting personal, here’s a Teaching Tale to add a sense of proportion. Earlier this year I was doing aura research for a client, Joe. He sent me the photo of some head of the county government in the Midwest. Sadly, aura research revealed something that most of you would never hear from me in an aura reading: That politician was so corrupted, getting caught was only a matter of time.

By contrast, Adam Schiff isn’t corrupted. Not by a long shot. Rather, he just was playing politician… in front of his various audiences.  Like, communicating quite differently than he would at home if, suppose, his wedding ring accidentally fell into the toilet.

Yum! Of course, I don’t mean “Delicious Denial.” Rather, denial is a process. Not just an individual’s choice but something that gains momentum from Collective Consciousness.

For my first definition about this sort of thing so far at the blog: By way of analogy, causational processes are… Like the rules when playing Monopoly. (By contrast, chakra databanks coming out of all the other chakras are more like properties. Houses. Hotels. Money. Chance cards. Cards from Community Chest.)

This particular Crown Chakra databank reveals how a person takes a stand (or a sit)… When a very large number of human beings are caught up in denial. For example, like people who believe their MAGA hats are really flattering. 😉

70 feet. Most noteworthy, this chakra databank has a different quality from all the others I’ve researched here.

Schiff is a TIGER when it comes to setting straight abstract kinds of fuzziness. Shoddy understandings. Lazy thinking. Forgetfulness that is “accidentally on-purpose.”

He has a passion for this.

Makes me wonder about his previous experiences as a soul. I’m curious, how he has gained this specialty? And I wonder, how hard has it been for him to proceed as if…

As if the non-causational aspects of human life (nearly everything about being human) have seemed pallid to him. Opposite to the experience of most souls who incarnate into human lifetimes!

In Conclusion, Now It’s Your Turn