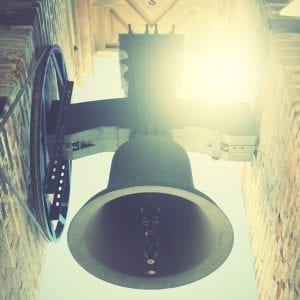 Within this last hour, he got his Enlightenment Validation.

Right before his session, who were my other two clients?

You can find their names — now along with MICHAEL’s — at this blog post.

Service-Oriented “MICHAEL Was Always So Close to Enlightenment“

That’s the first thing I told my husband Mitch. Once the session was done. After I danced downstairs!

In case you didn’t know, I live for this. Nothing brings me more joy than validating Enlightenment.

Sure, I always thought this service-oriented guy would soon move into Enlightenment. Did I tell him so? Of course not. (That’s also about ethics, for an Enlightenment Coach!)

Altogether, including tonight, MICHAEL has had just seven phone sessions with me. Sessions of Energy Spirituality. In my experience so far, most have had more. Sometimes many more. Although sometimes even fewer than seven personal sessions. (I think the record so far is three. Not that this matters.)

Using those words in the title for today’s blog post, huh? I was just trying to say in concise fashion: “This MICHAEL, who just moved into Age of Awakening Enlightenment… He’s very service-oriented.”

All five of these attributes were part of my experience of MICHAEL. Concentrated in my first Skilled Empath Merge. Clarified during our very first conversation. And consistently delighting me ever since.

But none of that made me suspect he’d soon move into Enlightenment. Nope. That came from a particular combo of skills that I bring to each session:

Being Service Oriented Doesn’t Guarantee Enlightenment. But It Sure Helps

What’s not to like about that, right? Being service-oriented helps a person to live beautifully when it comes to dharma. (Something we’ve discussed here quite recently.)

Each person’s Enlightenment Coaching is unique. Of course, I can’t say much in public about the particulars. Mostly they’re like a private love story between me and God.

It’s kind of a miracle that I get to serve as an Enlightenment Coach in this lifetime.

And yet, here it is. However, I’ve definitely been preparing for this. For many lifetimes, in fact.

Anyhow, mostly there’s not much I can tell you about how I do this part of my work. In the background, I’m available. Helping, if the client would like it. (And who doesn’t wish to use full potential in life? 🙂 )

Hold on. I Can’t Tell You Much More about the Process. Except for This:

These are the three indispensable growth areas for all of us human beings. (As described bit by bit in this spiritual daybook, actually.)

Balancing these three — my clients need that sometimes. While other clients need some kind of strengthening: Encouragement either with the love or the light or the power.

For MICHAEL — as with many service-oriented individuals — I helped him to use more of his power. Particularly on his own behalf.

That simple, you could say.

And yes, the heart melts. Eyes can tear up.

Living on Earth can be such a love story. And maybe the most beautiful love story of all is this one:

When the meek begin to inherit the earth. Since they have begun to wake up within their own lives.