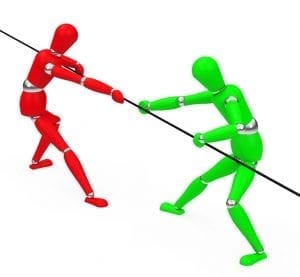 Jim Jordan Chakra Databank Reading. Meet a man who loves a good fight. And who respects “a good liar.”

Jim Jordan Chakra Databank Reading. Behind the bluster, what kind of man is this congressman?

Is he righteously fighting for the truth… or doing something else?

Look, reading his aura won’t allow us to read his mind. However, today’s article can help us to gain clarity about his character.

How could I ignore this nomination at Trump Impeachment Aura Readings?   His first time commenting, SERIN wrote forcefully in his Comment #33. Summing up.

I would be interested in aura readings of House Intelligence Committee members. Specifically, Jim Jordan & Devin Nunes.  These are the two most vocal defenders of the President atm.

Both men baffle many with apparently aggressive ignorance. As well as denial of the issue in front of them.  Is it ignorance? Or something more at play?  Seeking clarity!

So, why not choose the more famous Devin Nunes? After publishing today’s blog post, tonight, I’ll propose him for my Spiritual Enlightenment Life List. Although no psychic, I have a prediction. Most likely, you’ll understand completely, why not read Devin’s aura here.

Notably, are you interested in learning about consciousness lifestyles? If so, you’ll likely find this Nunes story interesting. But now, continuing here….

Granted, the Trump Impeachment won’t always be in the news. But what’s happening now?

Therefore, I’m using my energetic literacy skills to help us all learn from this. Particularly aiming for more understanding of America’s leading players in this national drama.

Before you read further, please! Click here to learn more about our Trump Impeachment Aura Readings.

In addition, what kind of aura reading will I be doing in this article? (Likewise, what will I soon invite some of you Blog-Buddies to do?)

Simply researching the man’s chakra databanks. Quickly, these little videos can bring you up to speed about all this.

Definitely, I’ve learned to read auras from regular photos. Equally true? You can learn this skill, too. What a practical way to empower yourself for the rest of your life!

Here’s My Invitation to You If You, Too, Have Learned to Read Chakra Databanks

Many of you Blog-Buddies have taken my online workshops to develop full energetic literacy. (Starting with this five-lesson freebie. Readily available if any of you readers here are curious.)

Regarding those of you who are already aura readers? I invite you to step up. Use the following as the basis for your aura reading of Rep. Jordan.

Jim Jordan Root Chakra Databank for Presence in the Room

Namely, the overall impression this person makes, energetically. What he emphasizes.

Barreling his way through life. Like a football player on the offensive.

Clearly, Rep. Jordan loves conflict. And the louder the better. Winning matters most, of course.

Incidentally, I’ve read auras of some top-tier professional athletes. None of them came across as this aggressive. Of course, I haven’t read auras of:

Speaking of which, here’s a COMMENTING opportunity. Perfect for those of you who follow sports. More than I do, anyway. (Which would probably include most of you Blog-Buddies. 😉 )

Seems to me, athletes with the fiercest aggression don’t tend to be winners. Is that true?

Jim Jordan Root Chakra Databank for Sense of Self when Alone

When nobody’s looking, who is he?

Although I haven’t read auras of lots of professional athletes…

For sure, I’ve read auras of lots of people. Representing many walks of life.

thus, I’ve encountered in others what’s going on here with Rep. “Watch me in my shirtsleeves. Notice me!” Jim.

On his own, the man doesn’t have much self-awareness. Rather, his sense of self comes from admiration by other people.

Incidentally, else about what I’m finding in this chakra databank? Maybe this explains Jordan’s fashion sense. His “Watch me in my shirtsleeves. Notice me” look.

When others are watching, who does he become?

Picture a self-styled superhero. A champion, ready to take on the world.

Do I know how many Marvel-style movies this politician has watched? Of course not.

Reminder, Blog-Buddies. Regarding my aura readings of public figures? It’s fine to read and react on your own. But I’d really love if you’d COMMENT.

For example, I know a couple of gentle souls in Enlightenment. And both of them love action movies. Do you?

Is he honest to himself about his emotions?

Just so you know, Blog-Buddies. I’m super-curious to research this chakra databank.

Really, what kind of person is a hero to you? For me, requirements are: A good character. Self-honesty. Every kind of personal integrity. And living one’s dharma. Well now, back to Rep. Jordan.

Proudly, Jim Jordan ignores his emotions. Evidently, it’s as if they weaken him. Instead he cultivates the toughness of a military man.

Supposedly, in order to move forward and win, one must push aside any emotions. Seems to me, to this political street fighter, winning matters more than anything else.

(Yeah, I’ve already written a version of that already. But I’m finding it again, here, in a separate chakra databank.)

In reality, how truthful is this man? Specifically, does he have any truthy-specialties? Whether for giving straight answers or telling fibs.

80 feet. Managing to land just within the outer edge of normal size for Jim Jordan. Especially when he’s playing his political role. As he is in this hero shot.

How can I put this, Blog-Buddies?

I’m not a liar. I’m not a fan of liars. However, with the kind of work that I do, sure I’ve researched plenty of liars. Sometimes very extreme ones. And other times, liars with icky specialties.

All that said, Congressman Jordan is the proudest liar I’ve ever encountered yet. By far!

Whatever his official religion might be, hello! No escaping it.

Seems to me, Jim Jordan worships at the church of The Smartest and Best Men in the World Are the Very Best Liars.

Quite a big deal for people today! Background noise from this databank at the Crown Chakra? It’s huge. Since hatred openly rages now in many parts of the world. Of course, hatred is also the preferred mood of many Trump supporters. No coincidence, I decided to add this particular chakra databank.

Out to the moon. Greatly over-functioning.

Seems like, Rep. Jim Jordan aligns himself with life’s haters.

Expect this man to love watching Hate Rallies. (Namely, political rallies that are a thinly disguised opportunity to cheerlead hatred.)

Also, I’m duty bound to mention this next point a bit as well. Regarding this human group of extreme haters in collective consciousness? Individually and collectively, they receive loads of support from some especially low-level astral entities. Just sayin’.

Back in the day, my erstwhile guru Maharishi Mahesh Yogi, told us TM teachers this:

According to Hinduism, human beings have 111 ways to transcend. But only 108 of them are holy.

Never did Maharishi enumerate those 3 not-good ways to find bliss. Pugilistic hatred, like Rep. Jordan’s, might well be one of them.