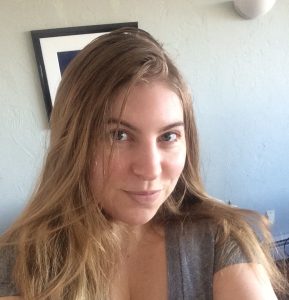 To me, Rose Rosetree, this eloquent guest post from JENNIFER is unforgettable.

Today I was sworn in as an attorney. (Or barrister, as Blog-Buddies across the pond would call it) All of which means I am now legally able to practice law in Massachusetts.

I have done this before. Back in 2012. But that was a very different me, in an entirely different state.

But Today Is Better.

Today, I will tell you the story of how Rosetree Energy Spirituality helped me:

Get from there. Stuck in a nightmare reality.

To here, a time of success. A time when I am happy.

My relationship with Rose Rosetree began in 2011. Back then, I was a baby empath. Actively searching for why I felt so overwhelmed all the time, especially when I was in crowds.

I found Rose through a fellow forum user, who recommended Rose’s book on Empath Empowerment®. (Here’s a link to the current version.)

Step by step, I followed its instructions. That simply, I became a Skilled Empath—which, game changer, honestly.

This blog gained a dedicated follower. (Even if I was too intimidated to ever comment)

Although I learned a lot from this blog, I didn’t start having sessions until 2015-ish.

My long-time RES Practitioner was ISABELLA CATES. (Fiercely perceptive, honest, and kind. Suffice it to say, someone I love very much.)

Amazingly, ISABELLA facilitated moving out a lot of STUFF impeding my growth. For example:

Altogether, the RES combo of STUFF removal followed by PUT-IN? All that helped… a lot.

Would It Also Be Possible to Find JOY Again?

But what about my lack of joy? By the time I was in my 30s, I had to stop working due to health problems.

Although I don’t think I ever really lost hope (except for one terrible night), I had lost all my joy. And life without that is bleak indeed

At this point in my journey, I made use of RES Energy READING Sessions.

In particular, I think fondly of Soul Thrill Aura Research®. As a result, I found things to do that Thrilled My Soul. So I did them. And I got stronger

At that point I was like… Great! Maybe I’m all better! (haaaahahahaha)

So I took a break from personal sessions for awhile. By the time I was ready to start again, ISABELLA had gone on hiatus. Following up, I scheduled a session with Rose Rosetree.

My First Session with Rose Became… a Surprise!!

Since I wasn’t expecting Enlightenment Coaching. Yet, Enlightenment Validation turned out to be my Session Centerpiece. Both unexpected and awesome!

As excited as I was to be in Age of Awakening Enlightenment...  it was not quite what I expected.

I think I was kind of hoping all my human problems would disappear? Which, uh, did not happen.

This is not to bash Enlightenment, of course. It’s an amazing state of consciousness, extremely valuable in and of itself!

Next, Finding Life Again… in Age of Awakening Enlightenment

By now, what I’ve learned about Enlightenment is this:

While spiritual Enlightenment doesn’t solve human-based problems, it does free us up, so that we can take initiative to solve our own issues.

Essentially, Enlightenment means being able to use our full potential in life, allowing us to do what best supports the full expression of our souls.

Due to living in Age of Awakening Enlightenment, here are some of the very human things I managed to do:

As a result, I could sign up to sit for the bar. (A Process, omg) I managed to study for months and take the two-day test. (While still suffering from physical pain and fatigue, mind) Then, finally, I was sworn in.

Finding life again allowed me to start getting my life organized. This sounds really boring and anti-climactic, I know.

But listen, I love organizing.

Having lists and things to do (that I can actually accomplish)? So incredibly soothing.

Overall, I became able to finally do everyday things because… Thanks to removal of various kinds of STUFF and soul-awakening PUT-IN…  Nothing prevents me from, well, living

In any case, I can confidently say Energy Spirituality helps me live a life I’m proud of, with integrity and joy in my very human existence. And it can do the same for you.