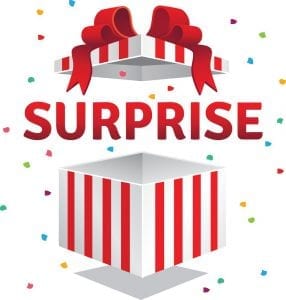 Consciousness Engineer? Yes, this blog is written by one. Maybe it’s time to let you know how you can start developing some skills for this, if you’re interested.

Maybe the term isn’t widely known and respected. Not yet, anyone.

But yes. It is possible to become a “consciousness engineer.” Meet one.

First of All, What’s a Regular “Engineer”?

For example, an electrical engineer might makes electricity work on a submarine. (By contrast, an electrician makes repairs.)

Alternatively, how about civil engineers, designing roads? Romans were famous for this. Like their engineering marvel of the Pont du Gard in France.

Yet another example is how today’ engineers advance the field of computer science. Like my son, actually. In my family, before Matt Weber, there had never been an engineer.

Specifically, how does somebody become an engineer? Go to engineering school. And manage to graduate. 😉

Could you, would you, do that Blog-Buddies? Between crunching numbers. And sometimes having to visualize problems in three dimensions. Not me. Actually, I wouldn’t be the least bit tempted to try.

Yet somehow I came into this life with some talent for consciousness engineering.

What’s a “Consciousness Engineer” Then?

Hmmm, you may be thinking. Maybe that sounds like the field that Rose Rosetree wound up founding. Specifically, there are four interlocking specialties of Energy Spirituality. In the background, all of that involved using the skills of a consciousness engineer.

Using energy-related techniques that work now, in the Age of Awakening.

Incidentally, “energy-related” is just another way of saying “consciousness-related.”

Of course, consciousness engineers may do other kinds of work. Including some emerging fields for knowledge workers.

How I Became a Consciousness Engineer

Not every inventor/engineer is a Thomas Edison.

Nor is every consciousness engineer a Patanjali. Or a Moses Maimonides.

Therefore, I’m not bragging when I tell you about this aspect of my work.

How did I get the skills? In this lifetime, from studying with Maharishi Mahesh Yogi.

Often he’d educate us TM initiators into the mechanics of different techniques.

And he also had the most extraordinary way of teaching. Whereby he’d build levels of knowledge into everything he taught: Sequential iterations of knowledge.

Also, I learned about those sequential iterations of knowledge by listening to Vedic pundits. Such as the great Rig Veda pundit I wrote about in “Bigger than All the Night Sky.” And how he gave me a pretty unexpected compliment.

How did I wind up co-creating Energy Spirituality techniques? You know, developing them as a member of a profession one doesn’t often hear mentioned… As a consciousness engineer. Of course, that was necessary in order for me to:

Worth noting: Why are the various skills and trademarked systems of Energy Spirituality so effective? In part, because a consciousness engineer developed them. Not just an entrepreneur. Nor a psychologist. Or any teacher who knows how to teach human-type skills.

But, rather, by a consciousness engineer… who co-creates with the Divine. (The latter being such an Age of Awakening thing to do.)

Really, it began just this year. Since this is the year that I first began to publish a new kind of blog post.

Can you guess which four articles I’m talking about?

DISCERNMENT JAMBOREES at this Blog Can Educate You, Of Course

Beyond that, I’m Modeling the Perspective of a Consciousness Engineer

Regarding Energy HEALING Skills, in 2019 I’ve launched what?

#1. The Cut Cords of Attachment DISCERNMENT JAMBOREE, of course.

Next, regarding Empath Empowerment Coaching, phew! It’s a relief to shed light on a field that absolutely requires skills as a consciousness engineer.

#2. Whenever you follow the latest comments at the Empath Coaching DISCERNMENT JAMBOREE, hello!

If you’re interested in consciousness, and how it works, you’ll realize something important. Again and again, the conversations we have via COMMENTS at that post bring insights.

From this angle and that, you Blog-Buddies can better appreciate this distinction: Real Empath Empowerment® versus the imitations. (So far, none of the imitators has a clue about how to help empaths position their consciousness differently. And without that, imo, no results! Just busywork.)

As for Enlightenment Coaching

Undoubtedly this is where discernment about consciousness becomes indispensable.

For instance, I wonder if you’ve ever thought about this:

Every workshop I give on Enlightenment is structured with content that’s useful.

In addition, the process of taking that workshop purposely helps to accelerate Enlightenment.

So that’s maybe something to keep in mind if you’re considering these One-Time, In-Person Energy Spirituality Workshops:

Consider yourself invited to add new discernment-possibilities. Click onto the links above to any of our four DISCERNMENT JAMBOREES. You’ll see how easy it is to contribute. Just a few minutes, probably. And you’ll help to advance my project of shedding light onto the consciousness aspect of these serious responsibilities.

Yes, that’s how I see them. Not just as clickbait topics for gathering followers.

At the bottom of the words here, I’ll give you a link to a relevant YouTube video. Here I’m summarizing my own story as the founder of Energy Spirituality. Listen between the lines and you’ll learn about the evolution of a consciousness engineer.

And now that the secret’s out with today’s post… You might also enjoy apprenticing the consciousness engineering aspect of this blog. Especially by actively commenting at any of our current — or future — DISCERNMENT JAMBOREES.