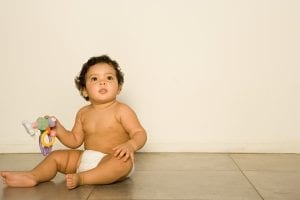 5th Dimension Nonsense. While the new year is young, it’s not too soon to sound a warning.

5th Dimension Nonsense hurts people. Even as it convinces them that they’re becoming a new, superior kind of human. As if “raising your vibrations” is spiritual goal of human life!

May today’s article serve as a warning. Instead of gaining superiority, what happens to these idealistic spiritual seekers? Quite the opposite. As you’ll soon read. But first, some background.

What Alerted Me to Today’s 5th Dimension Nonsense?

Yesterday I received a Christmas card from Gladys. How lovely to receive a card from this friend! She’s uniquely sweetened my life for the past 30 years.

Usually her Christmas cards arrive in December. Not January 3. And usually her cards don’t include a paradoxical heading. Such as what? Like a green letters she had added to the greeting card’s printed message.

Next, Gladys Gave Me a More Specific Clue about What Was Going on with Her

Filling me in on her 2019, first of all, Gladys explained why her card was late. Partly, she’d been in demand for her freelance business as an organizer. Not unusual news but good news, nonetheless. 🙂

Mostly, though, Gladys described something new and exciting:

I’ve been working late night and in sleep on shifting into the 5th Dimension.

I thought so. Sometimes I’ve mentored students on “The New Strong.” That is, coaching them on how to adapt to humanity’s new vibrational freedom. New as of the Shift into the Age of Awakening on 12/21/12. Still pretty new, by now. Which helps explain why so many people are still living as if it’s the New Age years. (1980 until the Shift.)

During those New Age Years, many spiritual seekers thrilled to promises about the 5th Dimension. Promises that they could attain something akin to Enlightenment. Somehow take a radical shortcut, not available to lesser mortals.

Of course, it wasn’t couched that way.Rather, psychics provided inspirational messages or channeled teachings. Decreeing that people must “lift their vibrations.” In order to “help” Planet Earth move into the Aquarian New Age.

In reality, as I understand things:

Most important, this new era on Earth was God’s idea. Accordingly, the buildup to the Age of Awakening was Divinely designed. Orchestrated over centuries.

To understand in detail what really happened, please, read “The New Strong.” Otherwise, take the Energy Spirituality Online Workshops on The New Strong. (Starting with a Free Intro.)

If you’re only going to read one Energy Spirituality book in 2020. Or take one series of workshops…

In my view, you’ve got a clear choice: Take one or both of these options. Develop the New Strong so you can thrive as a human being. THRIVE in this Age of Awakening.

One side effect of the vanishing of the “veil” on Earth is this: Astral beings of various kinds can come to Earth more easily than previously. And so these early years of the Age of Awakening include plenty of astral hanky-panky.

In fact, Energy Spirituality has developed a variety of Energy HEALING Centerpieces to help clients shake off astral influences. However, people can reach a point of no return: Extreme spiritual addiction.

Sadly, for folks with this consciousness lifestyle, they’re not in charge of their lives any longer. Rather, they’re being run by opportunistic discarnate spirits.

Thus, here’s the big difference about today’s 5th Dimensional Nonsense. If you start “working on shifting into the 5th dimension,” you’ll get your wish, sort of.

What Happens If You Get Your Wish?

Let’s consider, why would somebody living in this amazing Age of Awakening try to leave it. Really, leave it by “lifting your vibrations.” In short, “upgrade” your awareness away from how humans are built to experience life:

Definitely, you can get your wish. Only beware. You’ll develop aura characteristics like those of Aaron Doughty. (Gladys’s 5th Dimension teacher.)

Might I suggest, Blog-Buddies? Do NOT sample his teachings from YouTube videos. Such as “This Meditation Will SHIFT You into the 5th Dimension (WARNING NO GOING BACK).”

Searching for a still shot to use to read his aura, ick! I felt sick to my stomach. And revolted all the way down to my soul. In case you wonder, I’m not easily shockable. But something differently disgusting was going on here. That much was immediately clear to me.

Accordingly, I found a photographic image to use instead of a video. No, sparing you, I won’t give you a link. Instead I’ll just summarize. What did I find?

(Enhanced by my perspective as an Enlightenment Coach)

Extra-terrestrial entities are running Aaron Doughty. And operating at a new-found level of intense takeover. Namely, a more advanced progression. The latest step in attempts by opportunistic entities to do what? To turn humans into puppets.

Unlike others who are living in extreme spiritual addiction, what’s different about Aaron Doughty? Something new from the entities who use him as a puppet: They’re taking over his mind-body-spirit system all the way through to the cellular level.

Perhaps tomorrow I’ll add some nominees to my Spiritual Enlightenment List. Listing other teachers of today’s 5th Dimension Nonsense. And then commenting below about whether my suspicion is correct.

Namely, here’s what I suspect. How all Age of Awakening teachers help folks “shift your vibrations.” Regardless of whether they’re sincere about doing this. What’s happening in truth? Seekers of Fifth Dimensional Experiences are opening up to a takeover by astral spirits. Including what has most likely happened to my former friend Gladys. Since she has been practicing diligently to not position her consciousness like an “ordinary” human being.

At first, all I could think of was contacting Gladys to warn her. Altogether I spent about 15 minutes trying to find a phone number for her.

Very likely, by now she’s got her wish.

In Human Terms, What Does It Mean to Shift into the 5th Dimension?

Barely functioning as a human being: 2% Gladys and otherwise entities.

A human being who feels high, and superior. Yet, aurically, similar to everyone else in extreme spiritual addiction.

No, I haven’t yet read more current photos of people who teach 5th Dimensional Nonsense. Or those who study with them, like Gladys. Although, as noted previously, I plan to.

However, Blog-Buddies, here’s the deal. As the founder of Energy Spirituality, I’ve noticed a progression of changes just about every year since 2013. Progressive encroachment on vulnerable humans. Such as those who are both spiritually ambitious and gullible.

Meanwhile, with each passing year, opportunistic entities discover new ways to entice them. In short, I’ve been here before. And so I’m not waiting to do further research before dropping everything to publish this post. May the intensity of my grief and rage over Gladys… add a very human power to the warning I’m sounding today.

Protecting yourself, in this case, is easy. Avoid 5th Dimension Teachers like poison

On the first week of a new year, I preferred to publish something historic in a positive sense. Clearly, this isn’t the article that I planned to publish today. Yet it is historic.

Sometimes solemnity is warranted. Especially since we live in historic times: The early years of the Age of Awakening. When each of us gets to be a pioneer. Helping to make our shared humanity successful. Even humanly glorious.

What else? Might I suggest? Discreetly, warn your friends. Share this article with anybody you know who tells you they’re studying how to lift their vibrations. Or move into the 5th dimension.

You just might help them. Especially helpful: Recommend they consider booking a personal session with me. And don’t delay. Since I’ve helped some clients turn things around while it’s still possible.