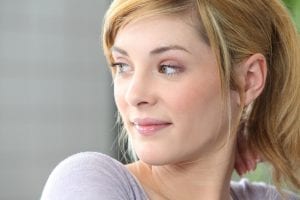 Authentically Positive Chakra Databanks. For so many of us, the ultimate goal is to be positive. Unfortunately, that’s easier said than done.

Wouldn’t it be great if you could find out what can help? As a matter of fact, today you can. 🙂

Because certain parts of your aura, called chakra databanks, reveal the truth.

Being positive isn’t a matter of black-or-white. Not if you seek to know the truth.

To clarify the many, many shades of grey, learn about this set of chakra databanks.

In order to understand chakra databanks, here’s all you need to know. (Unless you’d like me to teach you how to research them yourself. In which case, can do! Start with this Free Intro to my Aura Reading Collection of Workshops.) Otherwise, here’s a quick intro.

Chakra databanks are part of your aura. A key point: Your ability to read them depends upon one thing only. And it sure ain’t clairvoyance!

Reading auras, there are three stages for gaining skills. (In order to help these leading-edge ideas come alive for you… Note that several of the following links will take you to an Energy Spirituality video.

Therefore, yes! By reading this array of chakra databanks, you can learn so much about authentic positivity.

At least two blog posts are in the queue for answering that question.

Being positive is a goal for many of us. And maybe you think you’re satisfying this goal.

But are you authentically positive?

Or, maybe, reasons to cheer. 🙂

Most Notable about the Following 10 Chakra Databanks

Three of them are Causational Chakra Databanks. Quite simply, Crown Chakra databanks are different from ones that come out of other chakras.

All three of these Causational Chakra Databanks involve subconscious grumbling. And murmuring. Essentially, the energetic and subconscious impact of Collective Consciousness.

Even if our conscious minds don’t usually recognize any of this… Nevertheless, we must make our peace with it. Such as?

It’s about making contact with life around you, objective reality.

For instance, is Joe so busy repeating affirmations that he barely sees what’s in front of him? Charitably speaking, that could be called “Aspirationally Positive.” But not Authentically Positive.

Thus, we can get insight not easily available from asking Joe. Also far more than we’d learn through Stage 1 or Stage 2 Energetic Literacy. To find the truth, go to these Authentically Positive Chakra Databanks.

Compare this to a first impression that a person gives off when you’re talking together. Sure, something shows. But…

Most noteworthy, info in this chakra databank involves a person’s subconscious presence. Of course, it shows in auric modeling. Otherwise, this info isn’t available until we can read chakra databanks.

Why not? Authentic positivity isn’t compatible with any kind of lying. Is it?

You can discover a lot about positivity — real versus fake –by researching this chakra databank.

However, aura reading skills pierce through any habits of prettifying reality… Such as insistence that, “It’s all good.”

Actually, here at Earth School, hello! Life is not all good.

Telling yourself the truth. That’s the purpose of being hardwired with this chakra databank.

But how well is that emotional gift working right now? For instance, Joe might wear a big smile. He’s strongly into “Only good vibes.”  Yet he’s developed some energetic subroutines to meet his beliefs about how to live.

Fortunately, when problems of self-deception show in this chakra databank, hooray! We’ve got this motto in Energy Spirituality. A motto we use because it’s true:

Telling other people the truth.

Of course, people who don’t do this can strive all they want to seem positive. But it won’t be authentic until that person stops prevaricating.

Of course, you’ll include this if you’re looking for Authentically Positive Chakra Databanks. (Although it’s important to keep in mind… STUFF can always, always, always be healed.)

How poignantly tricky this particular chakra databank can be!

For instance, Gladys is so “sold out” to her meditation group. But is her current spiritual path working? Maybe not so much.

Whatever’s happening at the level of chakra databanks, for sure… You can learn the truth. Simply by using good skills at Energetic Literacy. Because only a world-class actor can fake things at the level of auras.

If you would, think of this problem in Collective Consciousness like a kind of background noise.

Unbeknownst to your conscious mind, you’ve learned how to do something with all the rage around you.

Exactly how are you adjusting at this particular time? Many possibilities disallow authentic positivity. While it is possible to make your peace with what’s going on.

Simply repeat the description of the previous chakra databank. Only substitute “sadness” for rage. You’ll have the idea.

Fascinating chakra databanks, to be sure!

Did you know? As an adult, you’ve got 50 chakra databanks at every chakra, sub-chakra, minor chakra… Whatever you wish to call these centers of information in your aura.

Is this “Connection to Positivity” etc. chakra databank optional?

Probably you’ve guessed the answer already. It’s a resounding no.

What’s your reaction to all this, Blog-Buddies? COMMENT away! For instance, why do you think this Authentically Positive Chakra Databank #10 is decidedly NOT optional?

In case you’re wondering, today’s blog post is a first. Yep, a first for this full array of chakra databanks.

Previously, I mentioned seven of them in my latest Energetic Literacy Column in Pathways Magazine. But here with my peeps, I can give you a fuller version. Looking forward to using this resource, aura reading Blog-Buddies?