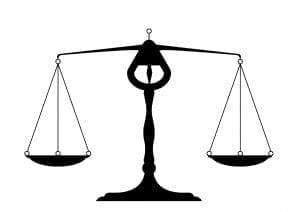 As a matter of fact, it’s only the third Senate impeachment trial of a U.S. president in history. And it’s happening now, in our lifetimes.

Given our skills here for seeking how people care about truth…

How could we NOT research Supreme Court Justice John Roberts’ inner integrity?

First of All, Some Background on Chakra Databanks

Aura reading is the best way I know to learn the inner truth about people. Of course, outer truth shows in objective reality:

As for what makes a person tick? That inner knowledge is where aura reading excels. Only to some degree it’s tricky. The degree of detail and accuracy depends on one’s development of Energetic Literacy. Most important, can the aura reader research chakra databanks?

Although evidence of talent, this is a rank beginner’s version of aura reading. Surprising to do, and delightful. Yet also surprisingly unreliable.

Chiefly emphasizing chakras… and often set meanings… Undeniably this skill level is an improvement over Stage 1. Nonetheless, we can do better.

Here we have the option of reading whichever chakra databanks we choose.  In depth and detail. Learning about the person at the time of a particular photograph. (Or in person.)

With Chief Justice, I’ll base today’s aura reading on this John Roberts photo. Dating from the opening of the trial in the U.S. Senate.

Regarding our Collection of Integrity Chakra Databanks

This blog post will introduce you to my Collection of Integrity Chakra Databanks.

Many of you Blog-Buddies have gained Stage 3 Energetic Literacy. Why not research Chief Justice Roberts in advance of reading what I have to say?

Already you know the photo I recommend that you use. (Although feel free to substitute any photo that works well for reading auras.)

Here comes the chakra databanks in this Collection of Integrity Chakra Databanks:

Both any aura readings you do here. And also your reactions to what I wind up finding.

14 feet. Although small, within normal range for Roberts at this time.

Really, truly intimidated. But putting on a brave front.

Notably, this is a terribly deep kind of trepidation. In my experience, people are often intimidated and hiding it. But… let’s remember context here. Since context is tremendously important for reading chakra databanks.

Exactly what are we researching here? How the Chief Justice notices objective reality. Meaning, what people say. Also what people do.

In these early moments of the Senate Impeachment Trial, Roberts isn’t able to notice that!

No doubt this will wear off. Mostly this finding reveals something about Roberts’ humanity. Personally I think it’s a good thing that he’s capable of trepidation.

Blog-Buddies, have you seen our earlier post on the Trump Impeachment Inquiry? What about the politicians flagged there as in extreme spiritual addiction? These folks with compromised auras, such as cool as a cucumber Mitch McConnell? No trepidation for them. Since, sad to say, with that consciousness lifestyle... They’re more like puppets than people. And the entities who run them don’t do fear.

Quite complicated! Evidently Chief Justice Roberts tells himself that he turns a blind eye to money. Intended, surely, as being incorruptible. Like, unaffected by financial pressures.

Yet here’s a great example of “Be careful what you wish for. Because you will surely get it.”

Since it seems to me that Justice Roberts has given himself exactly that. Thus, he has an inner blind spot: Almost a studied, practiced inability to pay attention to people’s financial motives. Or schemes. Oops!

“Weak” would be a fair summary, unfortunately. Weak because this Supreme Court Justice may look the part, straight out of Central Casting.

Inwardly, however, he’s a surprisingly complex man. Seething with guilt, self-doubt, and other icky ways that a good person can suffer. Particularly if he’s got a lot of STUFF in his aura. And has no way to get it out on his own.

If he’s making use of any help, sigh! It sure isn’t working.

Based on the quality of this chakra databank, at the time of this photo… I suspect that, when alone at work, he spends a great deal of time daydreaming. Feeling distracted. Worrying, etc.

Once again, we’re finding a chakra databank that’s perfectly understandable. Definitely human, in a way that most of us (self included) can understand. Yet for a Supreme Court Justice, these hidden problems are very troubling. Let alone, for the Chief Justice of the Judicial Branch of the U.S. Government.

Quite some stew is cooking in this chakra databank. Seems like a mixture of:

Hey, is this supposed to be in his job description as Chief Justice?

No, but it sure is in the human job description. Depending upon how a person uses free will.

By now, John Roberts has made so many greasy compromises, he’s lost his sense of what’s even true for him any more.

As for the extra pressures to speak truth, due to his fame and power? Although he’s very fond of those perks, the pressures take their toll. Causing him to feel worse about himself than ever.

You see, he already feels so bad about himself. It’s as though, he can’t admit the possibility that any criticism might be true.

1/8 inch. Total shutdown, at the time of this photo.

Evidently, in Roberts’ religious beliefs, he’s made the right deal. What does it matter if he feels lost? He’s forgiven. And that’s all that matters.

Notably, what’s missing? Any authentic connection to the Divine. Or caring. Or… ethics.

Also of interest, related to the system of Face Reading Secrets®:

This face data represents, in my view, yet more sighting of a lack. Namely, lack of spiritual support or connection to the Divine.

Chief Justice Roberts will go down in history, whatever he does.

Inwardly, he’s stumbling around in human-based spirituality. The janitor where he works… may be doing better than Roberts regarding integrity.