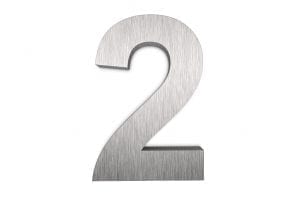 How Fake Positivity Shows. Part 2 of our “Authentically Positive” Series

Fake Positivity shows in a person’s aura. Such a head-slapper of an idea! It’s like, oh so obvious.

Except, hold on. Who thinks about that, really?

Who likes to admit that some of the hard, hard work people do…  to always be positive

Might result in an aura-aroma akin to overcooked cabbage?

Note: This article contains info that will be new to experienced readers of this blog. As well as being easy to follow for newbies. You’ll see!

Let’s move forward from our first article in this 5-part series. Staying Positive, Part 1 of 5 gave us a frame of reference.

Today let’s move forward to further debunk an ideal in certain circles: Only Good Vibes. Namely, an ideal that we should only show the world our sweetness and light. For instance, you’re an empath, the goal is (supposedly) be a happy empath. Ridiculous!

COMMENT below, please, with some of the ways you’ve tried to get pure.

Think with me here, Blog-Buddies. For example, did you ever use a “yoga teacher voice”? Or otherwise affect serenity, poise. Striving to be — or seem — all positive, all the time.

Or did you ever follow a hero who advocated that? If so, what caused you to question that very appealing attitude?

As a result, what changed for you?

And currently, do you believe that positivity helps or hinders personal growth. How about spiritual awakening?

When People Often Lie to Themselves, It Shows in Their Auras

Just one lie won’t mess up an entire aura, Truth Seeker. But patterns due to lying emerge over time. These patterns show quite unmistakably when you’ve got good aura reading skills.

Granted, this idea might seem overwhelming. Particularly if it’s new to you, about fakeness patterns showing. But they do. Oh yes, they do. (And wouldn’t you like to be in the know? Rather than others in the know, finding unintentional fakeness in you?)

Of course, I’d like to help. Today I offer you a simple explanation about all this, with just 7 points. Might be fun to share them with some friends. Especially those who…

Are trying so very, very hard to be good. And they haven’t yet read a certain book that could show them how to: “Stop Fixing Yourself—And Actually ACCELERATE Your Personal Growth!”

What, an Optional Pattern of Behavior Could Mess up Your Aura?

To many folks who know about auras, that seems impossible. Not to mention unfair!

How, exactly, do auras reveal fake positivity? Is there a certain kind of ugly green speck? Which chakra???

And how hard will I need to squint to see it?

Sadly many popular ideas about auras are ridiculously outdated.

As a professional at energetic literacy (and teaching these skills online, on demand), hello! These next 7 points are my attempt to introduce you to today’s aura reading. Undeniably practical, and state of the art!

What is your aura? It’s a set of energy bodies around your physical body, layered like an onion.

But what’s tricky here? Aura photos — or even this onion analogy — can give us the idea of rigid fixity.

Will that hand look visibly different? Probably not. (Unless you get a manicure. 😉 )

By contrast, parts of your aura we’ll discuss soon, your chakra databanks, they can have very different qualities.

Fake Positivity Alert #2. Info. Not Colours, For Crying out Loud

Why does your aura matter? Because it’s full of information.

(Downloading that information is called “aura reading” or “Energetic Literacy.”)

Back in the Age of Faith, sure. Few people were evolved enough to do more than “see the colours.”

However, you and I have lived through the Shift into the Age of Awakening.

A time of anxiety for some. (Or seeming anxiety.)

Definitely, a time when your sense of purpose can become different. Compared to old, limiting ideals about “Life Purpose.”

Standards for learning the truth about things like self-deception are much higher now. Today’s energetic literacy allows us to do the equivalent of look through an electron microscope. Not merely an old-fashioned magnifying glass.

With Stage 1 Energetic Literacy, people pick up a vibe, some colors, or maybe an overall sense of somebody’s aura. Like “This guy’s good.” Versus “That guy’s bad.” Such as, “Joe is sooooo positive.”

Although a promising start to aura reading, Stage 1 Energetic Literacy is notoriously unreliable.

Everybody can gain more skill than that Stage 1. Because aura reading definitely is a skill. Not just some mysterious kind of “gift” that only special people have.

One incentive to learn more? That nice talent, no skills version of aura reading… won’t reveal deception. Such as, when a person’s positivity is well meaning but utterly fake.

With some training, people can reach Stage 2 Energetic Literacy. Consequently, they can do chakra readings. (Chakras are concentrated centers of information. Like the Third Eye Chakra in front of your forehead.)

Although more informative than Stage 1, Stage 2 Energetic Literacy involves a lot of generalities; even worse, it’s incomplete – like reading sentences without the verbs.

Does it reveal fakeness, or habits of lying? Of course not.

Maybe you’ll hear a generality like, “Gladys is a narcissist” or “Joe is a malignant narcissist.” Extreme labels that are usually unwarranted. But still might comfort people who feel like victims. Particularly if they’re trying to combat victim-type STUFF in their auras by acting totally positive!

But here’s the good news. All of us can do far better than that. Aura-reading-wise. And also integrity-wise.

This allows you to accurately read chakra databanks. We can research them from somebody right in the room… and do this just as effectively from regular photographs.

Unheard of during the Age of Faith… By now, in the Age of Awakening? Totally attainable, standard, normal.

Chakra databanks are loaded with info. Not only lifelong gifts of your soul but also how you happen to be doing right now.

(Or, when the aura reader is using a photo, how you’re doing at the time of that particular photo being researched.)

Witness one of the useful new tools in Energy Spirituality:

Our new gold standard for assessing the truth about being positive: Positivity Chakra Databanks.

Guess what? Most people don’t know about chakra databanks yet.

But search on chakra databanks and you’ll find something fascinating. Hey, I just did. And what’s really, truly amazing?

On the first page of hits at DuckDuckGo, all hits from 1 person actually knew how to read chakra databanks. (Wonder if you can guess who.)

While a Google search on chakra databanks on Page 1 shows… oops!

No wonder, so many people strive for positivity and fail. Inadvertently deceiving themselves and others. They can’t yet use this simple literacy skill!

Let’s bring Stage 3 Energetic Literacy out into the open. Let’s make it an everyday skill, like the word literacy that you’ve been using to read this article.