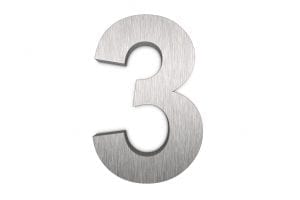 Schumer’s Positivity Chakra Databanks. Welcome to Article 3 of 5 of this series.

Let’s begin with a question, Blog-Buddies.

Today would you like to swap places with Senate Minority Leader Chuck Schumer? During the Trump Impeachment Trial?!!!

I thought not. Considering how hard he’s trying to persuade Senate Majority Leader McConnell. Can the Republican leader change his mind about trial witnesses?

How does Senator Schumer get up every day… And stand before media cameras… And not scream his head off, in frustration?

Look, you can have fun just reading today’s article. However my findings will be more meaningful if you first read these related articles:

Blog-Buddies with Skills, Go Ahead and Read Chuck’s Aura

Many of you’ve got the skills for Stage 3 Energetic Literacy.

Now here’s the Senator Schumer Aura Photo I’ll use. You might wish to use it as well. Always, we research a person at the time of the photo or video. (Or when being with us in person. Simply one of several ways that what we do here is totally different from psychic-style aura readings.)

This image is part of a YouTube video, 12 seconds in. “My prediction is our relentless push is going to produce results.”

But is Schumer just putting on a positive act?

Inquiring minds, belonging to aura readers, want to know. In advance of my research, Blog-Buddies, here are some positivity chakra databanks to choose. Set your scope for research and have some fun.

52 feet. Unusually large. Due to extra power that flows through the Senator during important media events.

Of course, events for a politician don’t get more important than America’s Third Impeachment Trial ever.

Determined to stand for common people, ordinary people. Insistently down to earth.

Without doubt, Senator Schumer treads delicately. Like a cat, balancing along a narrow shelf. Seems to me, the politician knows that even the tiniest mistake will be criticized.

52 feet. Definitely over-functioning, but in this unusual context.

To be clear, sex is the last thing on Chuck Schumer’s mind right now. However, if he were to dwell on sex, it would be as a man who prizes integrity.

Important to realize about Mr. Schumer: Emotional self-honesty isn’t optional. Instead, that’s just what he does. And this becomes a source of strength when he’s in a situation like this one.

52 feet. That is to say, in this important media moment, over-functioning.

Most important are qualities like resolve, precision. To put it another way, Schumer’s aiming “to remember to act like a mensch.”

Quite a contrast to the other chakra databanks I’ve researched so far. Evidently Chuck Schumer has an easy, graceful relationship with the Divine. Although we’ve seen the politician on his guard, with God there’s not need for that.

52 feet. In the same way, over-functioning,

First of all, Mr. Schumer is acutely aware of that collective anger. Political anger, we could call it.

However, he steps aside from it. Much like a skilled warrior, adept at a martial art.

Although, once again, aware of tremendous suffering in the nation he represents in the Senate…

Almost like a reflexive choice of will, Schumer gently refuses to engage. While researching that chakra databank, seems to me, Schumer knows that identifying with this huge sadness… would only weaken him. Thereby making him less effective as a means to overcome causes of sadness where political action might help.

For clarification, this chakra databank (which all of us have) is of this time. Due to the force in Collective Consciousness of concerted efforts ever since “The Power of Positive Thinking.”

Nonsense! To Chuck Schumer’s subconscious mind, all the talk about positivity is a lot of guff. For sure, he’s not a believer.

New York Senator Chuck Schumer has true positivity. The real deal. It shines out through all 10 of these Authentic Positivity Chakra Databanks.

Also, Schumer’s living in Age of Awakening Enlightenment. Maybe some of you already guessed. Given the similar size of his chakra databanks. Plus, how all of them are doing so well.

Important to realize, when we’re in Enlightenment, we don’t always feel jolly. Not always feel “blessed.” Depends upon the situation.

Under pressure — and could there be greater pressure than this? Under pressure, the steadying presence of the Divine in all of Schumer’s chakra databanks might seem unremarkable. But it isn’t.