How to Avoid Fake Positivity. Part 4 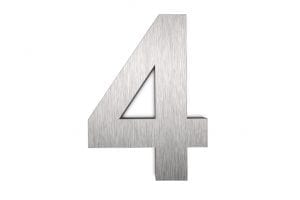 Avoid Fake Positivity. Even if all you’ve been doing is a smidgen of fakeness, this post can make your life easier.

Avoid Fake Positivity. Here are some how-to ideas that can make a difference.

Maybe help you all the way down to your chakra databanks! (And what’s the practical reason why this could matter a lot? Keep reading.)

First of All, Is it Judgy? Even SAYING There Is Such a Thing as “Fake Positivity”

I don’t think so. Since I happen to believe in discernment.

Even though many people today boast very proudly, “I don’t judge anyone,” guess what? In the same breath, unsaid, they’re telling you:

“I lack standards.” Or maybe even, “I don’t have the guts to take a stand on anything.”

In my view, discernment matters. Honesty matters. Coupled with standards about pursuing positivity.

Sure, the ideal of “I never judge” seems appealing. However, I wonder this:

Exactly how much damage is done on a daily basis to people’s integrity… Damage done to their integrity because they’re trying so hard to BE POSITIVE? Or “never judge.” “Chill” can lead to a lot of ugliness within people’s auras.

Incidentally, here’s our first pause in today’s article for me to say:

Blog-Buddies, I welcome your COMMENTS. About what you’ve read so far… do you agree or disagree?

For a Quick Education in Positivity, Authentic and Fake…

As a matter of fact, certain blog posts can easily bring you up to speed:

All that said, let’s roll up your truth-seeking sleeves. And continue! We’ve got work to do.

For instance, I just googled “Staying Positive” Would you believe? 338,000,000 hits. So many true believers, when this hurts instead of helps.

If You’re Honest, You Can Easily Recognize Fake Positivity

Because you’ll see and hear it in others. Not all other people. But some of them.

For instance, remember the example of Joe’s Fake Positivity in the “Staying Positive” article?

To this day, I remember the unintentional ugliness of Joe at that party, Like, how he was straining with might and main. Straining to always and only say positive things.

Back then, Joe smiled so hard, maybe his teeth hurt. Perhaps, inwardly, Joe felt even more uncomfortable than he looked? If so, he ignored it.

Beginning now, let this be a concept for you.

Undeniably, you can sniff out fake positivity. All it takes? Simply notice when somebody works hard to be VERY, VERY, TOTALLY, ALWAYS, PERFECTLY POSITIVE. Is it some verbal schtick. Or a smirk? Or some other tell?

Especially don’t blind yourself to this, out of the desire to be “spiritual.” Far as I know, God isn’t a big fan of lying or self-deception.

For example, at that party, Joe was trying visibly hard. Trying to push himself into positivity.

Maybe inwardly, he was using willpower. Or trying extra-hard to be upbeat… whenever he felt bad. Whatever?

Asking why isn’t really your business or mine. Instead, Blog-Buddies, it’s enough to recognize fake positivity.  And count that observation as discernment. (Not being judgmental.)

Why? Because, on a regular basis, I’ll point out fake positivity, etc. Right there in the photograph that my client sent me. (Such as, when seeking to have a better relationship with somebody at work.)

It will help you in life, developing discernment about false positivity in others.

Next Step. Noticing If We’re the Ones Trying Too Hard?

Once you’ve notice other people pushing-pushing their perfection… Soon you’ll be able to catch yourself if you start to do it.

I don’t mean something big and grotesque. Nor do I suggest that you constantly monitor your authenticity.

More that you can tell when that kind of strain is happening. Maybe, then, you’ll easily remember this:

What’s the use of faking positivity? It makes people seem phony.

Inevitably, fakeness shows in auric modeling, too. (Basically, at a subconscious level, everyone gets the message. Fake!)

Blog-Buddies, to enrich our group experience, please COMMENT. Any strong feelings? How about squirmy-wormy feelings?

Next, Be Prepared to Avoid This Other Kind of Fake Positivity

What kind? Here are some clues?

Let’s call this “fake positivity not done on purpose.” I ought to know about that kind. Here’s a somewhat embarrassing teaching tale.

But, at least, it’s in the past. Like 20 years back in the past. For a year, I used to do weekly sessions as the client of a fabulous energy healer, “Ms. Gladys.” She helped me so much. Especially helpful was one particular session. Probably I’ll remember it until the day I die.

Here’s what happened. We were having a regular session when, in that caring way she had, Ms. Gladys said this:

May I tell you something that you won’t like? Still, I’d like to tell you, because I think it would be helpful.

Okay. You’re such an idealist, sometimes it’s like you’re wearing rose-colored glasses. As if you want everyone and everything to be pretty-pretty.

Look, I know you’re a sweet person, definitely not meaning anyone harm by doing this. But you shade things toward the positive until it’s kind of like lying to yourself.

Ms. Gladys was totally right. I got the truth of her words right away. Particularly since — probably like you Blog-Buddies — hellooooo! I’d vastly prefer learning how to improve…  than to “always be right.”

Much as the truth stung, I started to change. Once Ms. Gladys pointed out this problem, I stopped. Meaning what?

Summing Up, What Helped Me Most to Avoid Fake Positivity?

For me, the trick was to stop forcing my ideals on reality.

Why engage in an inauthentic version of positivity, however pastel-perfect?

And you know what? I couldn’t be an Enlightenment Coach today… Unless Ms. Gladys, or somebody else, had shown me that blind spot.

Finally, yes, I invite you to COMMENT. For instance, do you still carry habits from the New Age Years? (Pre-Age of Awakening.)

Are you still clinging to teachings from the Age of Faith. Positivity teachings that would supposedly make you a “better person”?