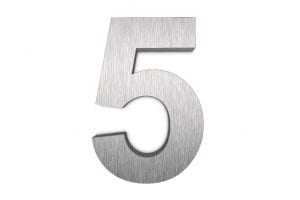 Authentic Positivity Tips. What this Enlightenment Coach wishes that every idealist could know.

Completing our series of five articles, this one is the most practical of all. Let me know if it helps you.

I developed these as an Enlightenment Coach. Namely, somebody who aims to help you with personal growth and spiritual awakening. To the max!

After four articles where we examined so many aspects of “being positive,” what’s still missing?

Secrets of Being Positive SUCCESSFULLY, Authentically

Blog-Buddies, I’ve given that a lot of thought. Below you’ll find some unusual tips. Quite different from common knowledge.

Plus I’ll share with you today… one heck of a Teaching Tale.

Authentic Positivity Tips #1. Your Personal Thoughts and Feelings Are Private

When did I first learn this concept? The Aha! came while I was reading a book by the great spiritual teacher, Paramahansa Yogananda.

Unfortunately, I don’t remember the exact source. Nor can I give you the exact quote. But the gist was this:

Even Almighty God doesn’t enter into a human mind without permission.

Sure seems right to this person who’s living Age of Awakening Enlightenment! How about you?

Besides a certain relief you may get from this idea, doesn’t it remove positivity pressure? For instance, it directly contradicts the title of a book written by a friend of mine, “You Can’t Avoid the Luxury of a Negative Thought.”

A Teaching Tale that May Shock You

Peter McWilliams died about 20 years ago, but I still remember our friendship. Not a close friendship, but sweet.

Funnily enough, the last time I saw him we were at an expo where he was promoting his latest self-help book. He’d penned that catchy title, “You Can’t Avoid the Luxury of a Negative Thought.”

As it happened, seconds before arriving at the front of the line at Peter’s booth, I learned something seriously annoying awful. Something recently done to me by the magazine editor of “Sources.” (A New Age magazine, where I proudly wrote during the “New Age Years.”)

Since I’d just picked up the latest issue, I thumbed through it while standing in line. Although she’d asked me to write a particular article, and I’d come through a good one, ouch! Editor Gladys had chosen not to publish it after all. With no warning to me.

What stung most? Gladys didn’t even bother to tell me. It felt like an act of betrayal. Often my articles for her became cover stories. Never before, “nothing stories.”

Of Course, I Felt Upset

For that reason, what happened when I got to the front of the line? Who was the first person I had a chance to talk to? Somebody who happened to be my old friend Peter, that’s who.

Peter, it’s wonderful to see you. Congratulations on your new book.

Peter, I’m just so furious at my Editor Gladys. She just did the most horrible thing to me. She’s a snake.

Oh I didn’t mean to say that to you now, it just slipped out. But really, Gladys is just awful and shame on her! That [SWEARWORD, SWEARWORD]!

In retrospect, under the circumstances, isn’t the contrast here pretty stark? Saying nothing, Peter autographed my gift copy of “You Can’t Afford the Luxury of a Negative Thought.” Then he handed it to me with a smile with all the oomph of a flat tire.

You see, Blog-Buddies, Peter wrote that book under the influence of a popular cult leader. Later he exited that cult.

Clearly Peter stopped believing in total positivity. Including inside your own head. Because he went on to publish a book about that former teacher: “Life 102: What to Do When Your Guru Sues You.”

I Didn’t Read It, Of Course. Too Negative!

In truth, I didn’t read Peter’s exposé because, thank God, I had avoided joining that particular cult.

However, I’ve been in-and-out of a different one. Wherein I’d been taught something similar. In my former cult the version went something like this: “Only say the sweet truth. Never tell somebody negative words. These will damage a person’s fine level of feelings.”

Probably it’s quite common for cult leaders to get inside your head in that way. Among others.

Don’t fall for it, Blog-Buddies.

Contrary to what you may have been told, humans have a constant range of emotions. During our waking hours (even in Enlightenment) we’ll cycle through happy * sad * scared * angry.

In case you’re wondering, we humans experience these emotions in random order.

So, whatever you do in pursuit of positivity, you can quit one thing right now: Please stop trying to give yourself a kind of positivity that’s absolutely impossible.

Accept that you’re human. Therefore, it’s wise to seek self-improvement in ways that can actually work for a human being. (One resource, of course, being the system of Energy Spirituality.)

Before you knew it was futile to inwardly feel “all positive, all the time,” could this be? Might you have tried the following cute-sounding technique to be positive?

Try saying the following out loud in a super-positive Valley girl voice:

Are you starting to feel negative? Giggle. Then, just turn that frown upside down.

Sure, a person can put on a happy smile. But it looks fake. Because it is.

Moreover, somebody who does a lot of fake smiling, like Joe at that party, isn’t improving his aura one bit. Quite the opposite.

We don’t get karma for what we think and feel. (It’s private, remember?)

But we sure do get karma back for everything we say and do. Therefore, I’d recommend saying a relatively kind version of the truth. At least, whenever possible.

See, Truth Seeker, you have an advantage for living a positive life, and for having authentic relationships. It’s good that you care about the truth, good to share it by doing your reasonable, human best.

Pursuing the truth in your life and relationships? That’s nothing close to the so-called “Brutally honest” method that some people use to proudly inflict cruelty.

But don’t worry that everyday honesty will “damage” somebody’s “fine level of feeling.” People are more resilient that. After all, aren’t you?

Authentic Positivity Tips #5. Above All, Seek Truth and Live with Integrity

Exactly opposite to performances that aim to convey, “I’m so positive”!

Something else can be (or become) easy. Simply pursue your goals, and live your life, and keep the friends who are really friends. Not only is life simpler that way. Your aura will be in better shape too.

And you know what? On top of its other disadvantages, fake positivity also is a way to generate pretty bad karma. Joe, at that party, isn’t the only person on earth to have done some well-intended lying. Well, how much fun do you think it would be, having lying like that come back to you?

Funny thing about the “Fake It ‘Till You Make It” School of Positivity. That’s a way to mess up your aura for a while. And then get icky consequences.

By contrast, you can have a fine life. Without either lying or straining! And you’ll wind up with auric modeling that serves you well. Since it proclaims: “Here’s a person of honor and integrity. Beautiful.”