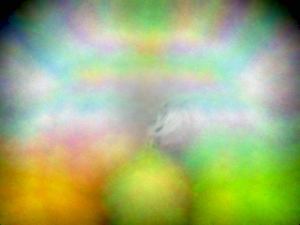 John Johnson Skilled Empath Merge. What was it like to be the famed publisher, John H. Johnson? 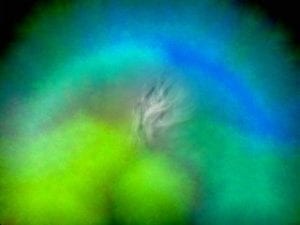 Aura photo of Rose Rosetree BEFORE doing the Skilled Empath Merge Pictured above.

You Know of Johnson’s Work, Even if You Don’t Know His Name

In America, at least, you’ve seen pioneering magazines, Ebony and Jet. Seen these important magazines in your home, or else in many a waiting room.

Altogether, he owned one of the most storied Black-owned businesses in American history.

If not, why not read it now? Not only will you learn more about my system of Face Reading Secrets®. Very likely, you’ll open your heart of compassion.

Actually, that happened to me last night. You see, Blog-Buddy JANICE HOOPER started it. Thanks to her insightful, heartfelt Comments 23-25.

In response, I wrote this in response:

Acknowledging human complexity is one of those lessons to be learned again and again; and then some more.

Face Reading Secrets can help, as can Aura Reading with Stage 3 Energetic Literacy, and most of all, Skilled Empath Merges.

Each brings a complementary slice of truth. Perfect for adding to human-type slices of life!

All that said, how could I not give us a Skilled Empath Merge today? It will star John F. Johnson. In addition, I’ll give you Blog-Buddies a chance to do aura reading on him. If you’ve got Stage 3 Energetic Literacy, go-go-go!

Blog-Buddies, I’ll Bring You up to Speed FAST!

Before I launch into more “Deeper Perception Made Practical,” here’s some background.

Skilled Empath Merges are the mark of a Skilled Empath COACH! Read the main article at that link I just gave you, and you’ll understand more about Empath Empowerment® than most folks today.

And if you’d like to understand the leading edge of discernment, about Empath Coaching, also read comments there. You’ll find plenty!

Just in case Aura Readings follow in comments below, here’s a video intro to the Energetic Literacy version of aura reading. What I teach and use. Quite different from the old-fashioned “See the colours”approach!

Which photo would I recommend for either Skilled Empath Merge or Aura Reading? This straight-on-angled portrait of John F. Johnson. (Comes from this poignant article on the publishing giant.)

Very noteworthy: This picture shows him later in life. So it reveals him quite a bit later in life than the picture I used for his aura reading.

If you’re curious why I chose this photo, COMMENT below and ask.

Of course, Blog-Buddies, you’re welcome to COMMENT about anything related to today’s article.

And Which “Chakra Databanks” Do I Recommend Researching?

And why choose these? In order to illuminate differences that showed in our previous face reading. Where Johnson’s public life was so much more vivid to him than his personal life.

Who knows what I’ll find? Not me. I’ve just got skills. Which I’ll use now for a Skilled Empath Merge of influential publisher John H. Johnson.

Personally, Johnson feels protected. As if life can’t throw much challenge at him that he can’t catch. (By now, he was soooo rich and respected and influential.)

However, he feels marked by tragedy. Seems like he’s known the great. The world’s most influential. And, caring about them, he’s taken their problems hard.

Commenting, now, rather than doing Skilled Empath Merge. For example, check out these photos of Johnson with the rich and famous of his day. Including Presidents Kennedy and Obama!

Seems to me, as the publisher of Ebony, America’s first magazine for African-Americans… To be turning 75 this year.

Likewise, consider what Johnson experienced during the rest of his storied career that followed his success with “Ebony.”

Whether or not he chose to address controversies directly in his magazines, hello! Undeniably, Johnson handled it on every page. And in every issue.

John H. feels social conflicts strongly. Equally strong, though? How he instantly compartmentalizes. Along with resolving to become more successful than ever. And, thus, make a difference.

It’s a gift for life. Johnson has a golden touch for successful publishing.

Seems to me, probably that talent is in his Life Contract. For sure, he’s paid the price to earn that gift. Beyond that, magazine after magazine and year after year… He continues to pay the price for using that golden talent.

By all means, at this time in his life, he knows this. Of course, he accepts it.

Thus, by now, using that talent feels as comfy as sitting in a favorite armchair.

Granted, it feels weird to have this uncanny sense of what’s popular. Only I doubt that John H. Johnson bothers to think about that by now. Instead, he accepts that fact.

All this is so easy for him.

What’s not quite as easy? Seems like, every once in a while, he’ll do a double take. Like, “How can other people be so stupid about this. When, to me it’s so obvious.”

To be sure, it’s not a snobby reaction. More, it’s lonely,

#5. John H. Johnson’s Throat Chakra Databank for Asking for What I Need and Want in Close Relationships

Personal life? Quite a contrast to his golden-talented career!

3 inches. Quite close to shut-down.

He can’t budge it. Somehow, he just doesn’t know how to do that kind of conversation. Even with his wife and best friends.

Exactly opposite to his easy knack — which most human beings don’t have. That knack for communicating to the masses. And then making masses of money.

Ironically, this kind of communication is something so many other people can do. John H. knows that, alright.

Pretty darned often, I’ve helped other people get past this kind of problem. But not this great man, obviously. Sigh!

To this Enlightenment Coach, a path of service like Johnson’s is just as sacred as being a preacher or monk. Does that idea make sense to you? (If not, or your have questions, of course… COMMENT below.)

I notice a significant lack here, Blog-Buddies. Especially as an Enlightenment Coach. Like, he has no clue about the spiritual growth he’s been attaining through this comes-pretty-easy career of his.

For those of us living today, it’s so important that we gain an up-to-date understanding. Both of spiritual awakening. And of what it means to follow a spiritual path.

Incidentally, Energy Spirituality has a lot to explore this year about the impact of Collective Consciousness. Here’s an intro to that topic.

No doubt, I’ll be reading more Crown Chakra Databanks than ever before. This one is hugely relevant to the publisher’s career, don’t you think?

As for the relevance, specifically, here? “Ebony” and “Jet” wouldn’t have been  needed… if not for Social Stereotyping in Collective Consciousness.

Denial is a matter of subconscious habit (by now).

Seems likely, this began with plenty of conscious practice.

However it started, John H. Johnson doesn’t believe in limitations due to race. Or social ignorance.

In particular, he lives as a change agent. So he’s got no interest in living the status quo. On the contrary, bring on the status NEW!

At least, we don’t stay ignorant unless we choose to. Personally, my initiation into these painful mysteries began at my best friend’s birthday party. Many years before the Civil Rights Movement.

As recounted more fully in my memoir of spiritual awakening…

My best friend Joyce was (as we called it then) a “Negro.” For her birthday, her large group of her friends went to see a new movie, “A Raisin in the Sun.” Then we went back to her house for dinner and a sleepover.

As the only “white” person there, and a stranger to the rest of Joyce’s friends, ouch! At that sleepover, I felt myself at the receiving end of tremendous racial hatred. (And it sure didn’t help that, back in the day, I was a very unskilled empath.)

Now compare my tiny experiences of racial hatred, then and since then… Compare it to the vast, lived experience of this man of the helm of this country’s first magazines for Black Americans. And yes, experiencing Johnson through this Skilled Empath Merge, has taught me a lot.

How about you, Blog-Buddies?