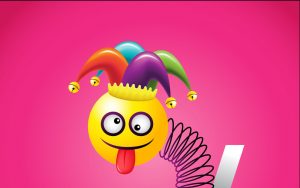 Heyoka Empath. Are you tempted to believe in this?

Heyoka Empath, have you heard of the new term that some people are writing about?

Hey, I’ll write about it too. Only I’ll bring skills!

What kind of skills? Empath Empowerment® Coaching skills, of course.

And also Aura Reading skills. Since I’m aiming to discern what is real about this Heyoka concept. Versus… whatever else.

Prospective Client Joe Introduced Me to the Idea of Heyoka Empath

In an email Joe wrote that recently he came across new information. Consequently he now believes that he may be… a Heyoka. Also known as a “sacred clown.”

Thus, I was introduced. Right from the outset, I found this notion offensive.

Ever hear the saying, “God don’t make no junk?”

I believe that. You too?

Therefore, I sure don’t believe that it’s anyone’s lot in life. Being a “sacred clown.” Do you? How would you like to be told that’s what you are, no matter what?

Wrong in so many ways, doing this to any human being!

Since, if you’re human, we’ve got free will. None of us must play any one thing for a lifetime. You know, like “a narcissist.” Reviled by all.

A Strange Sameness to Online Articles about the Heyoka Empath

Will you find the same thing if you sample articles on this Heyoka topic? Entire sentences copied word for word. But from which originator?

Seriously wondering! Why do people who write about Heyoka Empaths copy each other? (Often word for word.) Yet never give credit. Maybe not a good look, ethically.

May I offer my sympathy toward the person whose work others are imitating! Trustworthy helpers of humanity… don’t plagiarize.

On the other hand, if you’re willing to not take something seriously? All these multiple words and pictures can make one wonder? Is this trickster idea about empaths… The work of an intentional trickster?

After some frustrating research time, I settled on one website to represent the field. Calleen Wilder is the only person who actually showed her face. (And thus, aura.)

She’s a psychic. Proclaiming the tagline, “Walking Between the Realms.” And I’ve researched her aura a bit. Unlike most psychics today, she’s doing remarkably well. Altogether I find her sweet. (And that’s something that I do take seriously. Hooray!)

However, that doesn’t mean I agree with her work for empaths. No no!

Making the Case for Being a Heyoka Empath

Here are five main ideas from Calleen Wilder’s introduction to this topic:

Let’s consider these points one by one.

Seems to me, any empath coach has an obligation to bring clarity. In contrast to bringing tricksterish confusion.

What else? An empath teacher is allowed to have a sense of humor. (Yeah, in the background, personally, I do laugh a lot every day. And occasionally you’ll find traces of humor in my blog posts. Although it’s not usually front and center, as in this article._

With all respect, I’m not finding any of that from Ms. Wilder. She leaps from the verb empathize to the term empathic archetypes. Immediately after, springing over to the word empath.

All three words mean very different things. So if she’s been aiming to define what an empath is? No such luck.

An empath is born with at least lifelong gift: A gift for directly experiencing (in consciousness) what it is like to be another person.

To me, it would be wrong to go into detail without telling people how they can gain. By contrast, Calleen Wilder doesn’t do this. Rather, she offers links, toward the end of her post. Articles about psychic development. As if empaths were psychics!

Assigning anybody a role in life? Like reading too many Tarot cards or what?

Seems to me, calling somebody a “trickster” or “sacred fool”? That’s more what folks did, deep in the Age of Faith. While stuck for life in some little village. Given status early in life. Sadly, living with little chance to change for the rest of their lives. Change either socially or personally or spiritually.

Unlike now, in the Age of Awakening! When we can evolve as rapidly as we wish. Many of you Blog-Buddies are making great strides in personal growth. Also, in spiritual awakening.

Mostly, I don’t believe in fools. But if I did, who would come close? Somebody who writes that an entire group of people are destined to live as fools.

More and more, I’m beginning to think of “Heyoka Empath” as fictional. Not anything humanly real whatsoever! Quite possibly, a joke!

Until I read Calleen Wilder’s thoughts on this topic, wow! I thought the popular “emotional mirror” idea came from the New Age years. (You know, 1980 – 12/21/12. Right before the Shift into the Age of Awakening.)

Apparently not. Apparently some of the Lakota people have found help in this awful idea. Where presumably, “Everyone is your mirror.”

By all means, Blog-Buddies. Please COMMENT below with any experience you’ve had trying to grow spiritually or emotionally through this idea. Did you ever try over-interpreting your life all day long? Like, seeing every random person as your “meaningful mirror”?

If so, please share if you’re still doing that now. Or if not, why not?

Meanwhile, let’s be clear on one thing. Many people do believe “Everyone you meet is your mirror.”  Just now, 371 MILLION hits on google.

But popularity in Collective Consciousness doesn’t meant the same thing as being true, does it?

About this mirror notion, that’s a belief. Not a type of person.

For instance, you might believe in Bright Magenta Sacred Flaming Maracas that Walk on Two Legs.

Well, believe in that all you like. But, please, don’t also believe that it’s real. A concept is not something that happens in real life. (Outside one’s head, anyway.)

So this is a Heyoka’s job? “a Heyoka uses the wind as sticks to beat the drum of thunder.”

Meanwhyile, I’ll add something here for perspective. I believe in giving meaningful definitions for different empath gifts. Not fantasy ideas. Nor outdated beliefs from thousands of years ago. True ideas, aiming to help practical people.

That’s an introduction to learning the system of Empath Empowerment®. For example, learn more from this easy read. Taking minutes a day for a month. And by the end, you’re a skilled empath.

Vaguest of all comes this notion. How any of these Heyoka empaths is, supposedly, “an individual who acts in a way that is the opposite of normal and sees the world differently.”

Let’s face it. Wouldn’t that include any modern human teenager? Also most of us adults.

What would be an exception? If you lived many thousands of years ago. Living as part of an indigenous tribe. Living in one of those highly conformist societies where everybody had to conform. Either that or they were considered outcasts.

Thank God we don’t have to live that way now. Thank your most sacred name for God, whatever it is!

I don’t believe that, for people living on earth now, there is any such thing. Any such thing, whatsoever, as a Heyoka Empath.

So if you know people who are troubled. Maybe could use a few sessions of Energy Spirituality ENERGY HEALING. Or might be in need of help from a qualified mental health practitioner.

Honestly, what would you do? Do if people come to you and blame their problems on being born as a “sacred clown”!

Let them know they deserve better, right? That’s just what I did.