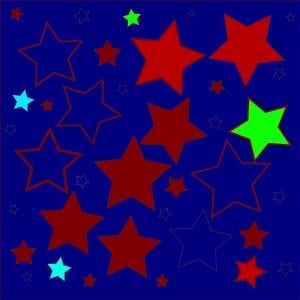 Yes, let’s have some lighthearted fun, answering one question about different public figures of interest to you. And that question would be…

Is that Celebrity an Empath? Yes or No

If you’re already familiar with my system of Empath Empowerment®, feel free to skip ahead. Namely, to: “Celebrity Empaths. ENTERING Our Easy Flash Contest.”

Otherwise, please join me for a quick intro. Because what you’re about to read here could make a huge difference for your quality of life.

Especially if you’ve been wondering:

As a Matter of Fact, I Can Give You a Good Answer to that Last Question

Nooooo! I published the first book for empaths in English. (That was “Empowered by Empathy.” Long since replaced by a much more up-to-date book, “Empath Empowerment in 30 Days.”)

Here’s a quick intro to my version of Empath Coaching.

Nonetheless, you sure don’t have to study with me. Or buy a thing! In order to enjoy our new Flash Contest about Celebrity Empaths.

Celebrity Empaths. Sure, Some of them Are Empaths

While many are not. And wouldn’t you like to know who is which?

Besides that, for politicians, you’ve always got newspapers of record. Recommended inasmuch as they don’t give us “fake news.”

Lately the political news hasn’t been so great in America. Or England. Or Australia (currently, still, Land of Fires, unfortunately). And I’ve got Blog-Buddies in all these places. As well as Asia and other countries in Europe. The Mideast. Africa. Not many lately in South America or Central America. Although plenty in “The Land of EH!” (AKA Canada)

Wherever you live now, you’ve got public figures. And you’re curious about your faves. So, if you’re into learning about having a better life as an empath, this contest could be fun.

This is a FLASH Contest about Celebrity Empaths

So be sure to enter asap. Definitely, enter as often as you like. But only until midnight this Sunday night. (Regardless of which time zone you’re in, midnight is midnight.)

And you won’t even need to send a photo to enter this super-easy contest. I’ll find a good photo for you. Since I’m not kidding about “easy.”

BTW, I hope you do know this already: Every photo is an aura photo. Regular photos are plenty for me to use, when awarding contest prizes. And haha! Everybody who enters will win.

Right away, let’s be clear. With this contest, if you enter, you’ll win.

I will research whether or not the person you nominate is an empath or not. There’s one other possibility, which I’ll mention on an as-needed basis. So this third option will become one of the comments below.

It’s a Flash Contest. Which means the faster you enter the better. On Sunday at midnight (in your time zone) this long weekend contest will end.

Hey, you might wish to let a bunch of friends know. The more, the merrier. Because who isn’t curious about which celebs are empaths? Versus not empaths at all!