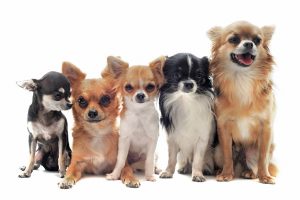 Once more, we’ll using this Michael Bloomberg photo for reference.

Surprised to see a regular picture at this link? “Merely” a normal photograph from The Washington Post!

Hey, once you’ve got good skills as an aura reader… every photo is an aura photo.

Today, let’s finish the job. What do Bloomberg’s five next chakra databanks show?

Emotional giving is something that Americans like our presidents to do. Like, remember when President Obama sang “Amazing Grace”? By comparison, America’s current president doesn’t give emotionally. I sure hope that his successor can. (Along with demonstrating other essential presidential attributes.)

In this public situation, where this photo was taken, uh-oh. Seems like Bloomberg’s more like a cold fish than a friendly puppy.

Delving into the quality of this chakra databank, I find a bit of a surprise. Energetically (and subconsciously), Bloomberg resents having to seem warm-hearted on cue.

Only here’s the funny part. Folks who are comfortable with emotional giving… show something quite different in this chakra databank. Due to readiness to give emotionally… being a habit. Unfortunately, the former NYC mayor doesn’t appear to have this habit.

Telling the truth — it’s not just black-and-white but shades of grey. Nothing — and I mean nothing — helps you to spot a liar as accurately as Stage 3 Energetic Literacy.

Sigh! I know it. I love it. And if you’ve ever done sessions or workshops with me, you’ve encountered the same thing in me: Unmistakable New York bluntness.

Granted, not all native New Yorkers have this. But Bloomberg sure does.

Incidentally, Bloomberg’s version of bluntness is far more twisty and complicated than mine. Since he’s an accomplished, effective politician.

Anyone who expects a seasoned politician to show childlike truthfulness? Probably a very naive voter.

RECEIVING respect is another matter. Inasmuch as there are so many variables about receiving. But at least we can research this: First of all, does the person communicate in a way that’s respect-worthy? As a matter of fact, that’s what this chakra databank reveals. 🙂

Expecting everyone to treat him with respect. Yes, that expectation colors Mike’s chakra databank for talking like a person worthy of credibility and respect with others.

Specifically, at this stage in his multi-billion-dollar career, guess what? Bloomberg’s no longer communicating like a normal person. Like, with a normal person’s desire to communicate and gain respect. Instead, Bloomberg is used to surrounding himself with adoring followers. (Or highly dependent employees.)

Technically, alas, the aura reading term for what shows here is “spoiled.”

Everyone holds something most sacred. Although sometimes that something is quite profane. To be sure, whatever a person currently has going on with spiritual integrity? Researching this chakra databank, co-creating with Divine help, no secrets. I’m going to find it.

Worshiping himself. Or who he thinks he is.

That’s Mike Bloomberg’s habit — energetically and subconsciously. His habit after so many years of being so very, very rich & powerful.

Living with a miniature version of himself in this chakra databank? Just like the figure of a bridegroom at the top of a wedding cake.

Surely, you haven’t just seen those figures on top of wedding cakes. Through auric modeling, you’ve already met your fair share of people of Mike B.: Highly Conceited Persons (HCPs).

Incredibly jaded! As if nothing can please him or impress him. Nothing. Not any more.

Jadedness like this? It’s far more common than you might think. Personally I’ve done event entertainment and personal sessions with folks in the way-too-rich-and-famous category.

Many aren’t like this. But quite a few are. Down to a default facial expression of disdainful disgust.

Incidentally, you’ve seen those expressions on models in magazines like “Vogue”? Ever wonder why they’re wearing super-expensive clothes, with all the trimmings, yet they’re sneering like that?

Before I met crazy-rich people with default disdain, I used to wonder, why do Vogue models make those faces? But that’s the soul-numbing poison of too much, too long. So many people trying to please them… until nobody can.

Notwithstanding the mess of his aura, Michael Bloomberg is living in Human-Based Spirituality.

As such, he’s doing better than Trump. Or others who live in Extreme Spiritual Addiction. And that would include these other performers on the Democratic Debate Stage last night.

Let’s conclude with a summary of their consciousness lifestyles. (Of course, if you have questions about this, or anything else in today’s article, you know the drill. COMMENT below.)