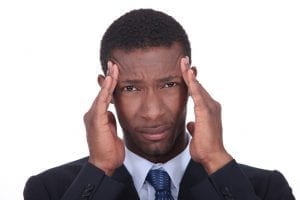 CAUTIONARY TALE of Psychological Overwork. Only we can decide when enough is enough.

CAUTIONARY TALE of Psychological Overwork. Today I’ll share with you a humdinger of a cautionary tale about an unhelpful way to live. Even though, in mainstream society, working on yourself psychologically is considered what? Quite the opposite of unhelpful.

Seems like, to so many educated people living today: The psychologically unexamined life is not worth living.

Hardly the same as this famous dictum: “The unexamined life is not worth living.“

The latter dictum comes from Socrates, one of the greatest philosophers who’ve ever lived.

Whereas the emotionally-examined life is how countless people are living.

Because, what do they do?

By Contrast, Here’s a CAUTIONARY TALE of Psychological Overwork

And it’s quite a humdinger. Stories like the one that follows help to make Energy Spirituality come alive. Nonetheless, it’s good to start off with some background on today’s cautionary tale. Might I recommend?

Introducing the Star of Our Cautionary Tale

Gladys was such an intense client:

Common denominator for Gladys? She was like many of my Energy Spirituality clients. Only perhaps unusually involved in all of her relationships.

Concerning everyday details of her life? Let’s just say. Gladys cared more than most. That passion for life endeared her to me.

What Gladys Reported at Round ONE of Our Cautionary Tale

Approximately 20 years ago, Gladys began doing occasional sessions with me.

And it worked. After some personal sessions, Gladys’s quality of life improved considerably. We could call this “Success after Round One.”

However, How Great Was this Success after Round One?

Maybe Gladys was a bit of a perfectionist about her love life. She wasn’t completely satisfied. Not with Psychotherapy at Round One. As for her sessions with me, I never had the sense that she respected the work I did. More like, she felt better. And relationships went better. And work went better.

However, Gladys didn’t have The Answers about the root cause of why her life wasn’t perfect. What to do?

Of course, therapy was what she really trusted as The Way to have a better life. Therefore, once Gladys was doing somewhat better, bam! She discontinued our sessions.

Moving forward, she switched therapists. Thus, she and her partner began therapy together: Couples counseling with a sex therapist.

How, exactly, did I find out what happened as a result? You guessed it.

After a couple of years, Gladys returned for more Energy Spirituality sessions.

What Gladys Reported at Round TWO of Our Cautionary Tale

Consequently, Gladys wound up feeling worse than when she began this therapy.

And thus, she began Round Two with me. We had sessions for another year, resulting in what I considered significant improvement.

Loads of Healing Centerpieces are available for Energy Spirituality sessions. Together we used many of them. As a result, Gladys reported many improvements at work, with her quality of life, and even in her love relationship.

I was pleased with Gladys’s progress. Various skill sets were used for STUFF removal, followed by PUT IN. Altogether, Gladys freed herself up from negative consequences of sex therapy gone awry.

Meanwhile, as an Enlightenment Coach, it seemed to me that Gladys was beginning… Barely beginning to move forward spiritually.

Back and forth we went, in similar fashion, over the years.

Fast forward until the Age of Awakening began. A few years in, Gladys signed up for another session.

Soon as I facilitated the Skilled Empath Merge during that session? Uh-oh.

Unwittingly she had fallen into Spiritual Addiction. And also, ta da! Psychological Overwork. Basically, when not working with her therapist, Gladys was analyzing herself all day long.

Although I helped her as best I could in that session… probably our last session… what became clear? Gladys had no intention of following my recommendation of 20 Daily Minutes of Technique Time. (As explained in “The New Strong,” that’s the ridiculously easy way to stop both Spiritual Addiction and Psychological Overwork.)

As I remember, Gladys announced quite proudly how she unwilling to stop doing all that Technique Time. Fair enough, that was Gladys’s sacred choice. It was her life. I reminded her, “I’m still available in the future. Should she decide to come back and move past the Psychological Overwork.”

I don’t think I’ll ever forget one thing Gladys told me, in that last session. “I have a new therapist now and she says the cause of my problems is a dissociative disorder.”

After that session, I kept thinking how strange that was. Then it hit me like a ton of bricks. Why hadn’t her many therapists found this previously?

Maybe Gladys always had it. Maybe she developed it for mysterious reasons best left to mental health professionals. (Which, as you know, I’m not.)

But what’s my hunch? Gladys developed her dissociative disorder due to an extreme amount of Psychological Overwork.

Psychotherapy can be great, but it doesn’t have to become a person’s life. Does it?

In Conclusion, Here’s a Thought

What’s the definition of Energy Spirituality?

Fair enough. You know that already. Especially, you know whereof I speak if:

But have you ever wondered why I never say “Energy Spirituality helps people with psychological growth?”

COMMENT away with your reactions, Blog-Buddies. I’m looking forward to what you have to share. Other readers, too.