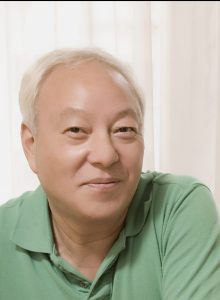 Failures. Feeling sad after a disappointment or mistake? That’s natural. But how about finding a gift in that failure?

Hey, if you don’t know the meaning of the word “failure”… Sorry, but you haven’t been paying attention.

Fortunately (in a way, haha), most of us don’t have that problem. We do notice failure. Definitely. By now we’ve been given the “golden opportunity” of failure more than once in our lives.

Problem is, what do we do about that? For instance, what can we do after noticing a failure? That’s where today’s guest post post can help you.

Failures Surprise Us Almost Every Time. But…

Of course not. Most people’s lives contain a combination of success and failure.

What’s the Problem with Emphasizing Failure?

People who dwell on their failures limit themselves. In particular, they omit noticing their successes.

As a result, they often halt progress toward their goals. Always, for sure, they’re limiting personal growth.

On the other hand…

Forced Positivity Isn’t the Answer, Either.

Most important, they impede their personal growth. And stall their spiritual awakening. (Witness our recent five-part series on Fake Positivity.)

Beyond that, What Happens in Reality… When Folks Don’t Admit to Failures?

Often they lose credibility and respect from others.

How ironic! Since friends worth having know this: “To err is human.”

All of us make many mistakes in our lives.

Which Part of Failure Is Objective? Versus Subjective.

Human beings making mistakes? That happens in objective reality. So my advice is to get over it already. (Use your subjective reality for that purpose.)

Granted, failure is, at the least, uncomfortable. And, at the most, it’s devastating. But you can always consider the gifts that failure has given you. Yes, gifts.

Failures Can Definitely Bring Us Gifts.

First of all, acknowledging failure brings you understanding.

After acknowledging that failure, now you know what doesn’t work. Equally important, you can use your brains and power to figure out, what could work better. “What’s next?”could be a big improvement.

Provided that you don’t give up, eventually you can find good ideas about what to do next.

Successful people throughout history have said their success was built on many failures.

Most likely, the gift of failure helped move them in the direction of their success.

Another Gift of Failure

You may fine-tune your humility.

Unfortunately, some people cannot admit they are wrong. Supposedly, that would make them look stupid. Quite the opposite is possible, actually!

The rest of us realize that once you’ve admitted to a mistake, what’s next? You can receive help, knowledge, and healing.

Definitely, admitting to failure brings you freedom. Since you’re no longer thinking in terms of a beautiful idea… that doesn’t work in reality.

Maybe the Best Gift of Failure Is This

Admitting the failure can sometimes lead to another gift. Namely, strengthening your truthfulness and integrity.

By owning up to mistakes, have the satisfaction of telling the truth. And not just any random truth.

But a version of truth that helps you avoid wasted new time and effort.

Admitting the truth frees you up to move past failure and grow.

Why allow regrets to hamper your progress? Instead, admitting the truth will reward you by strengthening your honesty and integrity.

Finally, Let’s Not Overlook this Fascinating Gift of Failure

Seems to me, there may be many other gifts of your failures. In particular, one of these deserves mention.

Sometimes powerful people in your life may try to convince you that you’ve failed. When their claim to truth is only some peculiar idea they have. An illusion. Not true, and not applicable to you and what you’ve done.

Once you have established a habit of admitting mistakes to yourself and others, of course! It’s easier for you to discern what is an actual failure.

Consequently, you’ll find it easier to stand up for yourself. As for the truth of your integrity, and the appropriate use of your power? These will show unmistakably in your auric modeling.

This post is dedicated to my Energy Spirituality clients who have used their gifts of failure to progress in their lives. Thank you for allowing me to use skills of Divine co-creation to facilitate and witness your growth.

I would also like to thank Rose, whose honesty, integrity and body of work have improved so many lives. Mine included.