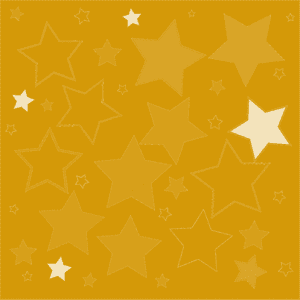 What impressed me most about her?

And, hey. If you saw her on the show, did anything impress you about her? Please COMMENT away. Maybe even before reading the rest of this article.

Following that fun fan-conversation… This article also gives you a detailed description of Jamil’s empath gifts.

Also, some of you who are reading are familiar with my distinctive way of helping empaths: Empath Empowerment®. Usually that does NOT include my telling empaths which gifts they have. Why is it responsible, in this article, for me to list another Jameela’s empath gifts? Any ideas?

Surely I’m not the only viewer of “The Good Place” who found this actress a joy to watch. (Just check out this YouTube video of clips compiled by a fan.) Seemed to me, in every scene Ms. Jamil lit up the screen.

Although I never stopped to read her aura until a few days ago. Thanks to a nomination by ANN at our Celebrity Empaths Flash Contest. And that’s when,

Hey, I thought this would be routine research using my “Sensitivity Scale.” Jameela scored 20 out of 20. Ta da! I announced that she was an empath.

But then I did a bit more aura reading research and… Thanks to another specialized skill set, I got to put on my Enlightenment Coach “sorting hat.”

Thus, mystery solved. Now I knew why she always lit up the screen. Just like fellow actor Ted Danson. (As a matter of fact, Ted’s also in Enlightenment.)

Which is why I’m looking forward to your COMMENTS below. Your shares.

From my perspective, other great things about her as an actress include:

Only then did I appreciate how Jamil brings a very believable sweetness to those same lines. The Tahani character’s name-dropping always sounded hilarious to me…. Only when listening to the French substitute did I appreciate what a difference Jamil’s performance made.

Now for a List of Jameela Jamil Empath Gifts

For research, this Empath Coach will use this photo of the actress.

Jamil has four empath gifts, it turns out.

Every form of physical intelligence in life is helpful for show business. For example, Cary Grant was such a graceful athlete. (Learn about Grant’s aura in this blog post, if you like.)

Physical Oneness means that, as a skilled empath, Jamil can learn a great deal of information from fellow actors. Because even without doing a Skilled Empath Merge, she gains a some very mild input about how other actors are feeling in their bodies. Granted, this is subconscious-level knowledge.

Of course, if she does a Skilled Empath Merge — for instance, by using techniques in “The Master Empath” — wow! Loads of vivid info becomes available about that “Discovery Person’s” physicality.

While not yet skilled, Physical Oneness causes an empath considerable confusion. Doing unskilled empath merges routinely, the empath receives confusing information about how “she feels.” Although the experience really comes from another person. And it isn’t about her at all.

In addition, every unskilled empath with the gift of Physical Oneness gets Imported STUFF. Stuck right in his or her aura! (Learn about what that is, and how to prevent it, from my Number One Recommendation for all empaths: “Empath Empowerment in 30 Days.”)

Actually, Imported STUFF results from every single empath gift, including those that follow.

Animal Empath Ability means that, as a skilled empath, Jameela can really, really enjoy her favorite puppies, kittens, goldfish, etc. In the background, she understands animals better than non-empaths do.

In addition, doing a Skilled Empath Merge with an animal is a powerfully informative experience. Every time!

While not yet skilled, Animal Empath Ability causes an empath to “personally” feel good or bad. (Depending on how well that particular animal is feeling.)

Without skill, Animal Empath personalizes the info from unskilled empath merges about somebody not herself — any random animal! In short, there’s a subconscious and energetic confusion. According to which, whatever’s going on here-and-now with that animal… Becomes interpreted as if it’s about her, Jameela Jamil.

While not yet skilled, Environmental Empath Ability can often cause an empath to feel uncomfortable. And with no clue about why.

If, as an actress, you often go on location? Uh-oh!

Emotional Oneness means that, as a skilled empath, you receive immediate-and-detailed info about how another human being is feeling.

For instance, my client Dr. Gladys is a psychiatrist. Time and again she would ask me to research her sessions with patients. (Pulling out Energetic Holograms.) Unquestionably this gave her such practical, nuanced summaries about how that particular patient was doing. And, as is typical of such research that I’ve done for mental health professionals, I never once heard a “No.”

Instead, my clients were fascinated. Since I rounded out, or drilled down deeper, into things the mental health professionals had noticed. If I had to choose one of my empath gifts as most important for this research… Ha, you guessed it. Emotional Oneness!

While not yet skilled, Emotional Oneness causes an empath to have an emotional roller coaster ride daily. Many such rides, actually.

Blog-Buddies, you may have many questions and reactions to share as COMMENTS. Please do.

Meanwhile, I’ve got a few questions for you. Sure, I could add to this pretty long article and explain why I seldom describe a person’s empath gifts. However, some of you may know.

5 Failure PREVENTIONS. Energy Spirituality
Confidence Quiz. How Will You Score?