The Age of Faith. What Was It? 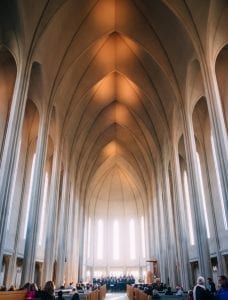 Age of Faith — What was that, really?

Age of Faith –What Was It? That’s the question this article will answer.

Thereby helping you to emerge from the shadows of this bygone time.

Because what can you say to yourself, once you understand that the Age of Faith is OVER?

Buh-bye. No thanks. Time to move on.

I’m a world citizen now. And I happen to live in the Age of Awakening.

But might I suggest? Don’t leap to that conclusion and stop reading. You deserve to understand more.

Granted, Most Human History Was in the Age of Faith

Life on earth was set up a certain way throughout human history. It was the Age of Belief and Trusting, until the Shift on December 21, 2012.

By now, that Age of Faith is over. Now we’re in the Age of Awakening.

Yet many people don’t yet understand that the previous era is over. Or what it even was.

So let’s explore the truth today: Exactly what WAS that era, lasting for thousands of years?

What Was the Age of FAITH?

In order to understand, let’s begin with something essential: Essentially, being human, you have consciousness. (Also known as awareness.) All your waking hours, consciousness is available to you.

Next, I’m going to get a little technical. But trust me. Because what follows is worth taking a bit of time to understand.

Throughout human history… until the Shift into the Age of Awakening on 12/21/12… How was consciousness,  set up for people?

Earth School was set up that way. Which helps explain why religion and faith mattered so much. Maybe you can guess why.

Religion in the Age of Faith

Back then, wherever you lived, religious or spiritual authority figures were really important. Whether you depended upon:

Surely you get the idea. Wherever you lived, you knew of somebody who could access more to life than what was human.

Meanwhile, medicine was chancy. Very likely, you had lifetime after lifetime as a slave. If female, ugh! Usually that was just one step up from being a slave.

“Leviathan” writer Thomas Hobbes really nailed it when he described the natural state of mankind… As “nasty, brutish and short.”

Frankly, in terms of consciousness, except for the spiritual and psychic elites? Throughout all but the last 100 years of the bygone age, human consciousness mostly was locked into Human Vibrational Frequencies. Really, akin to riding little tricycles.

Basically, faith got people through. Society emphasized what I call “The Old Rules.”

Meanwhile, back in those harsh old days, faith and surrender mattered. They mattered like crazy.

Consciousness shifts were accelerating. Although not in the ways that New Agers thought. For example, which of these were sooooooo totally relevant to that former Age of Belief:

In hindsight, we could call this era The Psychic Carnival Years. Or The Time of Fancy Tricycle Tricks.

Humanly, we can use free will. Rather than destiny.

Today, we can strive for personal growth. And even for spiritual awakening.

By contrast, the deeper you go into the Age of Faith, what won’t you find? Person-hood. As in individuality.

Also, you’ll find values like: Loyalty to your clan. Or tribe. Or village. Finally, loyalty to one’s family.

To this day, you’ll find Age of Faith-ers who sneer at America’s first self-actualizing generation: Baby Boomers. Calling them “selfish” and “self-absorbed.”

Simply because we stopped believing in “family values.” Instead, we sought to grow and evolve as individuals.

Consciousness-wise, the Age of Awakening is like being able to ride excellent motorcycles.

Learn more about this Age of Awakening in blog posts like these:

The Faster You Adjust to the Age of Awakening, the Better

Besides being better for you… The faster you adjust, the better it will be for everyone.

Incidentally, might I recommend? Don’t use these obsolete, clueless names for the Age of Awakening:

The Age of Aquarius?

To me, this name reeks of Ancient Greece. (Gee, thanks, Ptolemy.)

Although the birthplace of democracy had its good points… Seriously? We’re going to name an entirely new era on earth after folks who put Socrates to death? Largely because he believed that God spoke to him personally, inside. And therefore, Socrates had no need of public performances honoring the official gods.

The New Age of Aquarius?

Once you recognize that we’re in a completely new era, why dredge up something obsolete. And then slap on a label, call it new? Maybe, “New, Improved Age of Aquarius”?

Seems to me, that’s kind of “New” naming is beyond ludicrous. Like naming your fresh new baby boy… Ptolemy. 😉

Blog-Buddies, I  hope you’ll agree with me. In particular, you’ll recognize that the Age of Faith is over. Not by decree, but by your smart choice. Since the earlier you learn the very simple changes that are required to thrive now, wow! You’ll have a much better life.

Not to mention (almost), you’ll have a huge advantage over folks who don’t get that yet.

Rose Rosetree
Founder, Rosetree Energy Spirituality
Your comments are welcome here.
As of 3-31-21, we have 78,000+ Discovery Moments. Thanks, Blog-Buddies.