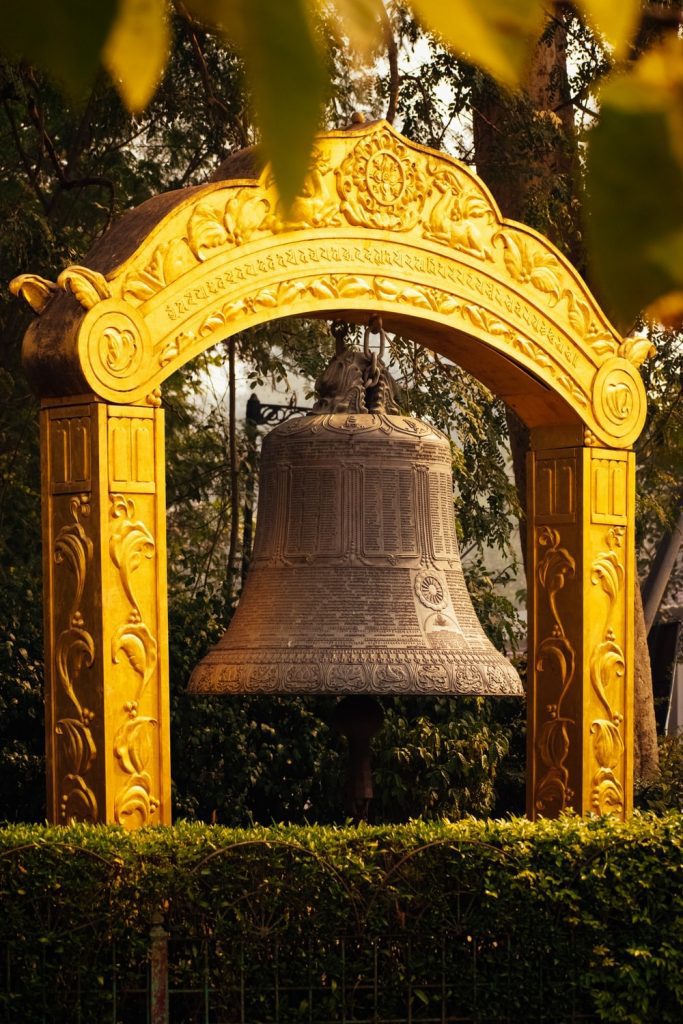 Ketanji Brown Jackson. You know, the one with the golden Wisdom Chakra Databanks

Ketanji Brown Jackson is famous now, famous for many reasons. Despite all you know about her, though, you’ve never seen anything like what follows in this article.

How best to celebrate America’s newest Supreme Court Justice? Since this is “Deeper Perception Made Practical” — hello! Let’s explore her aura by launching something useful and new — nothing less than a brand new array of chakra databanks.

In Justice Brown Jackson’s honor, I’ll share the latest discovery in Energy Spirituality™. Adding to our ongoing collection of research instruments about the emotional and spiritual depths of human experience: Chakra Databank Arrays. News of our latest chakra databank array is coming up soon, in this post. But…

Extraordinarily qualified to serve on the nation’s highest court!

You can read about her background at the link just provided.

Even better, COMMENT below and share the url of a favorite article you’ve read about her. COMMENTS are the lifeblood of this blog.

Get involved and you’ll get more back than if you simply lurk.

Specifically developed on her honor, meet our new set of Wisdom Chakra Databanks. That is to say, it’s a new research instrument for assessing wisdom in auras. Definitely click on that link just provided to learn more about each of these chakra databanks. Altogether, these are seven treasure troves of insight, hidden within each person’s aura.

And here’s the photo I’ll use for this sample of Energetic Literacy. Reading the aura of America’s newest Supreme Court Justice. By means of Stage 3 Energetic Literacy — something that many of you Blog-Buddies have learned to do for yourselves.

Radiant with connection to the Divine, Justice Jackson loves life. Such as relishing both objective reality in life, such as facts. And also, differently, being fascinated by subjective reality.

Another key point is how this chakra databank reveals something very important in a Supreme Court Justice.

Other than legal obligations to establish intent, in certain cases, hmmm. Does subjective reality matter for most of the law?

For Ketanji, subjective life does matter. What’s more, to her, life offers endless variations on subjective reality.When you think about it, there is no universally correct subjective experience. And she likes that.

Seems to me, Justice Jackson’s great respect for people begins with appreciation of their subjective uniqueness. Quite a contrast to those who view others with detachment or the need to proclaim superiority. (Such as her Self-Appointed Confirmation Inquisitor Ted Cruz. See a certain link near the end of this blogpost.)

America’s newest Supreme Court Justice is brimming with creativity. Only this is a different kind of creativity: Specializing in problem-solving. Unlike what I usually encounter:

Besides, you know how common it is for people to perform when using creativity to solve problems. Or at least celebrate their personality, their individuality. Not that there’s anything wrong with that. After all, most of us are householders.

However, Justice Jackson doesn’t seem to care at all about making a splash. This chakra databank expresses an altogether different quality:

Using creativity to solve problems in a manner that is sober, serious, dedicated to acting within appropriate constraints.

If she ever heard the term “High Truth Value,” as we use it in Energy Spirituality™, I bet she’d love it.

Wow, it’s like steel. In case you ever wondered what gravitas could be like in a chakra databank?

Well, now might be the time for you to develop Stage 3 Energetic Literacy. Besides being a versatile life skill to enrich the rest of your life… Then you can read this powerhouse display for yourself. (Here is how to get started at learning this very achievable kind of literacy.)

Choices matter to Justice Brown Jackson. Seems to me, we share a passion for using free will to ennoble life. Although her intellect is light years ahead of mine, no question.

Heart Chakra Databank for Balancing Emotional Abilities with My Other Abilities

Surprisingly or not, America’s newest Supreme Court Justice has a will of iron. An unerring commitment to discipline, not going overboard in any direction.

Commenting: Personally I find this so unusual. Many chakra databanks reveal compartmentalization. Like, “I won’t think about this now. Instead, I’ll think about this tomorrow, when I fresh.”

Never before have I read a person’s chakra databank revealing so clearly what’s sometimes called “judicial temperament.” Defined here as, “a personality that is even-handed, unbiased, impartial, courteous yet firm, and dedicated to a process, not a result.”

American judges, especially Supreme Court Justices, don’t talk like those who dwell in an ivory tower. Their rulings are for the American people. In that context, speaking in a way that “ordinary” people can understand — namely non-lawyers: That’s so important.

It’s showing. Ketanji has an unconditional love for people. In that spirit of love, and even awe, for “ordinary” people, she communicates. This form of respect transcends good manners.

Consistently I find variations on this, in different chakra databanks, among people in Age of Awakening Enlightenment. But not to get ahead of myself, let’s complete this array of chakra databanks.

Spiritual Sense of Self During Conflict

“All the more beauty. Conflict? Bring it on.”

I’m not saying that words like these are conscious for Justice Ketanji Brown Jackson.

Reading any chakra databank means learning the subconscious and astral energetic truth. By definition, not conscious.

Hey, these words aren’t even exact words. In reading this chakra databank, I experienced a burst of knowledge. And then I wrapped words around it as best I could.

Specifically, the meaning is this. At the time of this photograph, Justice Jackson is strongly established in experiencing her connection to God. And I don’t mean as a matter of theology. Rather, this is her direct experience.

Given how she has come into this lifetime…

Given the kind of intellect she has, a born judge, a judge’s judge…

Naturally she would react to conflict in this way. Spiritually — not in every other context of life — but spiritually, Justice Jackson relishes the chance to bring more truth into the world. And that means, bring that truth through fairness, law, deliberation, justice.

Connection to Pressures to Be Popular

Namely, these are pressures currently in Collective Consciousness.

Popularity is not a concept with great personal meaning for Ketanji Brown Jackson. Despite clearly having enormous popularity at the time of her televised Confirmation Hearing for her nomination to America’s highest court. At least, among Senators who aren’t hard-core members of Trump’s Republican party.

By contrast, this chakra databank reveals how Brown Jackson has a strong connection to the Divine. Reminds me of a Bible verse. Yes, a Bible verse, of all things. This one is from Romans 8:31. (Not that I could have quote this. No, all I can cite is my excellent recollection of how to use a search engine.) Anyway, here’s the saying:

Blog-Buddies, as you may know, I’m Spiritual But Not Religious. Therefore, words from other parts of Romans don’t interest me in the least. However, these words can relate to direct experience.

For people who live in Spiritual Enlightenment, that kind of experience is available to us. God is for us, with us, among us, in us. Sticky as sticky can be. No trying required, either.

Specific interest in popularity varies among people in Age of Awakening Enlightenment. For Ketanji, as for me, popularity matters about as much as becoming really good at wearing extreme false eyelashes.

No doubt about it. At least, no doubt if you know how research consciousness lifestyles.

In particular, if you have learned skills for validating Enlightenment.

Definitely, Ketanji lives in Age of Awakening Enlightenment. Also, she’s got the auric modeling to match.

Do any of you have questions about Justice Jackson being in Spiritual Enlightenment? Just ask below.

Yet She Endured Extreme Non-Wisdom at Her Senate Confirmation Hearings

Here’s a sample of what Judge Brown Jackson had to endure.

Quite some context for the nomination of an American Supreme Court Justice! (Indeed, that last link can give you even more details.)

Ted Cruz and His Pals Sure Were Something, Weren’t They?

I’ll leave it to you Blog-Buddies to COMMENT below about that. At this historic time, share your historic reactions to what this supremely qualified candidate for SCOTUS had to endure.

Or didn’t. Quite significant, I’d say. Given the disgraceful performance of GOP senators on the Judiciary Committee.

Also, feel free to ask me about America’s very interesting history of confirmation hearings for our highest justices. What, you aren’t familiar with that? What you learn might surprise you.

Here’s to more judges, politicians, and voters in Spiritual Enlightenment. Readers, this could even happen to you.

Incidentally, Could I Read these Wisdom Chakra Databanks on YOU?

By all means. And I won’t even need your photograph. Simply book a session of Energy Spirituality AURA READING. Away we’ll go.

As you may know, these days my sessions are either by phone or Skype audio.

Are you curious why I don’t need to look at you in order to read your aura? In order to learn the surprisingly simple answer…

All you need do is ask in a COMMENT below.

Thanks for reading, everyone. Here’s to wisdom! 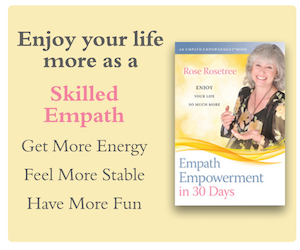