Cutting Cords of Attachment, Not for Emergencies 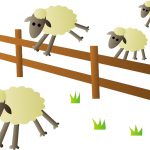 What does cutting cords of attachment have in common with counting sheep?

Could this be the start of a joke? “What does cutting cords of attachment have in common with counting sheep?”

No, it’s a slightly lighthearted but ultimately serious question, given some of the conversations people can have about what is involved in cutting cords of attachment, when to do it, why to do it, etc.

“What does cutting cords of attachment have in common with counting sheep?” Definitely something.

END_OF_DOCUMENT_TOKEN_TO_BE_REPLACED

Whichever Cords of Attachment You Cut for Yourself, Avoid This Kind 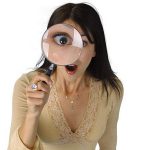 A deeper look at cutting cords of attachment

Following up on Big Problems Averted by Cutting a Cord of Attachment After a Death, here is a start of an answer to KATIE’s excellent question about where to start when self-healing by cutting cords of attachment.

There is one big no. Do NOT cut these cords of attachment for yourself…

Even if you have excellent skills at self-healing with the 12 Steps to Cut Cords of Attachment®, I urge you not to attempt to cut a cord of attachment when someone who has recently died or committed suicide. Neither to the late individual, nor to family members or friends of the deceased person.

Or to a person who has died, however long ago, if that person was a blood relative, a lover, or someone else of very big importance in your life.

The target audience for today’s article is you, your friends, and anyone you know who has learned any of the self-healing techniques of Rosetree Energy Spirituality (RES).

Self-Healing with RES Can Definitely Empower You, But…

END_OF_DOCUMENT_TOKEN_TO_BE_REPLACED 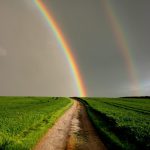 When he called for his session of aura healing, my client Joe was pretty upset. He’s the top executive at a major company. In that leadership capacity, Joe oversees multiple facilities, supervising dozens of managers; he is responsible for the livelihood of thousands.

And usually that Joe is pretty darned serene, no matter which problem he faces.

But for this phone session, Joe was audibly upset. One of his top managers, the CFO, just died in a car crash. The sudden death of “Mr. Gladys” shook my long-term client.

Joe’s intention for the session was to enjoy his life more. And that session proved very successful for him, both helping him now plus — it turned out — Joe’s session safeguarded him against problems that could have arisen in the future.

END_OF_DOCUMENT_TOKEN_TO_BE_REPLACED

After cutting 260 cords of attachment. A guest post by Zelda 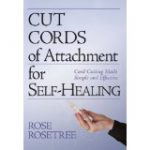 What happens to your progress in live when you permanently cut MANY cords of attachment?

Recently Blog-Buddy ZELDA was commenting on the importance of using techniques of Energy Spirituality just the way they are taught, subtracting nothing, adding nothing. Just using the skill set, as with cutting cords of attachment.

You get it, how important this work is, especially now. And you get how smart it is to just respect the diligence that went into the development of the techniques. That will serve you well!

In my cleaning today, I came across notebooks of notes on sessions of cords of attachment cut by Rose, and my notes on my own cords cut. Ive done somewhere around 260 now!

The first cord cut was in 2007. I destroyed all the notes from the cord sessions except those first few major, icky cords cut by Rose. They help me remember how far Ive come. They also help me have compassion for what I had been dealing with in my life up till that point  47 years! Yikes!

END_OF_DOCUMENT_TOKEN_TO_BE_REPLACED

This has been a busy day at “Deeper Perception Made Practical.”

In response to recent inappropriate information online about cord-cutting sessions, studying with me, etc., I have found it important to revise and rewrite two different posts here. If you’re inclined, take a look:

What happens in a cord-cutting session? 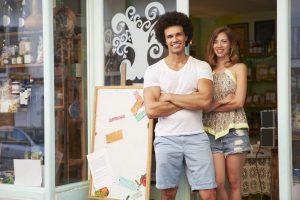 No Delicatessen. Today’s post is dedicated to those who are still learning what it means to order up a session of Energy Spirituality Energy HEALING.

No Delicatessen. Energy Spirituality Sessions are different from what I’ll describe here as “The Delicatessen Model” for personal growth services.

Congratulations to Gladys. She is a gracious new client who recently had a first session with me.

Gladys was a really good sport, considering that when our session began she didn’t know that she might have to be any kind of sport. I dedicate today’s post to her… and to all you Blog-Buddies who are learning about Energy Spirituality, cutting cords of attachment, etc. and don’t know everything yet.

END_OF_DOCUMENT_TOKEN_TO_BE_REPLACED

Happy Valentine’s Day, everyone. I was thinking about giving you’all some sweet thing, and then started remember how one of my clients, “Joe,” once asked a poignant question. Was it possible, he wondered, to cut a cord of attachment to an addiction? That got me thinking.

Sure, this is a holiday devoted to sweetness and light. But what happens the day after? What happens for some people, even, at 3 a.m. that very night? Emotional pain might be even hidden from outward view during that same Valentine’s Day.

END_OF_DOCUMENT_TOKEN_TO_BE_REPLACED

Cutting Cords of Attachment — What Not to Tell

Lydia has asked me some interesting questions about cutting cords of attachment, inspiring a whole series of posts.  Today, here comes a question with so many interesting implications! How could I give just a quick response to Comment 142 at the blog post devoted to Cord Cutting Q&As.?

END_OF_DOCUMENT_TOKEN_TO_BE_REPLACED

Cutting Cords of Attachment — Can That End an Addiction?

The idea hadn’t occurred to me until I learned about some startling research in my trusty Washington Post. On September 5, 2010, Ellen McCarthy reported on a study that appeared in the Journal of Neurophysiology. It didn’t have to do with cutting cords of attachment, but keep reading and I’m sure you’ll be able to connect some mighty interesting dots.

The research team was headed by psychologist Art Aron (the husband of another psychologist, Elaine Aron, who has written about Highly Sensitive Persons and pioneered this field). Aron, anthropologist Helen Fisher, and others studied romantic rejection.

If you have been through that icky terrain, be sure to keep reading. If you have friends who are stuck there now, in the pain swamp, please send them a link to the post. Okay, back to the research…

All subjects recounted heart-wrenching tales of woe, such as one who told an interviewer, “I can’t sleep. I just lie there, wondering what happened and what could have been.”

What Aron and his four fellow researchers did was to study activity in their brains. Their finding?

The romantically rejected don’t just have obsessive thinking and craving for emotional union. They think about the person who rejected them 85% of their waking hours. Also they may cry a lot, beg to be taken back, call and email a lot, and drink too much. Neurologically, this pattern is similar to what cocaine addicts suffer during withdrawal.