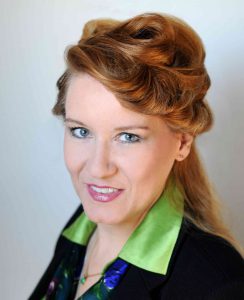 Relationship Fun — When Rosanna Tufts interviews me on her radio show!

Relationship Fun. Rosanna Tufts interview coming right up. Of course, it’s going to be a bunch of fun. Or to put it another way…

END_OF_DOCUMENT_TOKEN_TO_BE_REPLACED

Aura photo of Rose Rosetree in the 1990s

Aura Photo. Every photograph — yes, every ordinary photograph, is an aura photo. You can read the person’s aura from regular photos. Come read more!

END_OF_DOCUMENT_TOKEN_TO_BE_REPLACED 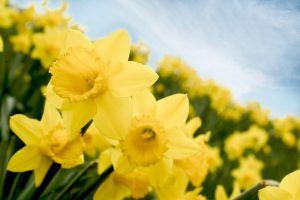 Aura Reading Contest. May this one bring joy like the unexpected sight of daffodils.

Aura Reading Contest. Once again, entering a contest here, you could win a free aura reading. Aura reading of a favorite celebrity.

Oh yes, what do I mean by “Aura reading for sex appeal”? Find out!

END_OF_DOCUMENT_TOKEN_TO_BE_REPLACED

When an Empath Tries to "Get over Yourself." A Guest Post from DAVE

“Get over yourself” continues to be an interesting way to spark appreciation for one’s sense of self. Yesterday’s post on getting over yourself has generated some fascinating responses.

Not until I read these comments did it occur to me that, of course, we empaths have such a different perspective on “Myself,” we would have quite a range of perspectives on “Get over yourself.”

That’s because, to me, becoming a skilled empath involves waking up from inside. Along the way we empaths can develop a stronger sense of identity.

END_OF_DOCUMENT_TOKEN_TO_BE_REPLACED

What Is Householder Enlightenment? A fancy way to be codependent?

Enlightenment is not the apotheosis of codependency.

To put it another way, Householder Enlightenment does not mean being really, really good at anticipating needs of other people, then delivering it.

Let’s launch a new series of posts. From time to time, I would like to bring a fresh perspective on Householder Enlightenment.

END_OF_DOCUMENT_TOKEN_TO_BE_REPLACED 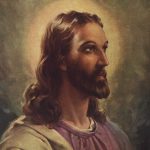 Francis, the new pope. I’ll research him with Skilled Empath Merge. Curious? I sure am.

The Catholic Church’s New Pope, Francis — are you curious about him? What’s he like energetically and spiritually? Today I’ll do a Skilled Empath Merge with New Pope Francis.

Such a big deal, when that famous white smoke rises up from the Vatican! It is thrilling, even if you’re not Catholic, to learn about a new pope. This Jesuit, Pope Francis #1,  is only #266 in the lineup of Catholic popes.

I wasn’t going to do any aura reading on him at the blog. At least not until I had finished playing catch-up with our contest winners. Except I just can’t stand the suspense.

All I have read so far about this new pope, this Francis… Golly, it seems fraught with contradictions.

END_OF_DOCUMENT_TOKEN_TO_BE_REPLACED

Calling all empaths: Want help? How can you increase the depth of your Empath Empowerment skills?

A Empath Empowerment with Rose Rosetree sound file goes along with today’s post, in case you’d like to hear these words straight from that Empath Coach named Rose Rosetree.  For sure, I want to thank the Blog-Buddy who volunteered to make a transcript that I have adapted for today’s post.

You know, if youre born an empath, you have at least one gift as an empath for life. Being born as an empath is really a great thing, and 1 in 20 people chose that when making a life contract.

END_OF_DOCUMENT_TOKEN_TO_BE_REPLACED

Could You Be Reading Auras Right Now?

Really, could you be reading auras right now? Without officially learning skills?

END_OF_DOCUMENT_TOKEN_TO_BE_REPLACED

7 Tips for an Upgrade in Awareness

Would you like an upgrade, intuitively speaking? Many of us have friends who regale us constantly with tales of their quick insights into life. Its like crawl on the bottom of a TV screen or tweeting with an angel.

So much information from what these folks pick up: Wonderful coincidences, how guides find them parking spaces. Or make store items fall off shelves to signal what they are supposed to buy.

Certain of your friends may get hits all day long: Interesting knowledge about ailments of total strangers; important messages that pop in all day and night.

END_OF_DOCUMENT_TOKEN_TO_BE_REPLACED

So many of the lessons we learn, individualized lessons…