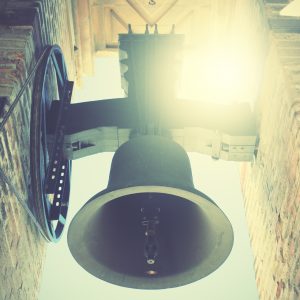 What Enlightenment Looks Like. Probably you’ve got some idea or ideal. But could that be holding you back?

Today’s article is for you, from an Enlightenment Teacher. Have you been wondering: What does Enlightenment Look Like? How Can You Tell?

And then let’s add an even more interesting question. Which I’ll dub “Enlightenment Question #2.”

A couple of Blog-Buddies just  inspired today’s post. Thanks for adding the comments that I’m going to quote below.

As for the rest of you, let’s do some learning together. Feel free to add more comments about what you’ve been expecting.

When we’ve had a lot of input from you, I’ll write answers to both questions. All in a day’s work for this Enlightenment Coach!

You’ll find them at the end of yesterday’s post. Which happened to include what I found out about Moshe Feldenkrais’s state of consciousness.

Fascinating reading! I was not at all surprised to find that he had the empath gifts for physical oneness and physical intuition, given his life work.

I was surprised to find that he was in enlightenment, because to my stage one energetic literacy impression, he doesn’t look particularly joyful. It’s a useful reminder that saints, or rather people living in enlightenment, can walk among us without anyone noticing.

Not that I ever really thought about it before, but I expect sparkly eyes and a big smile.

Someone who looks really lively.

What Do We Expect Enlightenment to Look Like? If We’re Honest…

Don’t we have some sort of image? Or a disqualifier? (Like a deal-breaker? Such as, “If Joe’s tie is crooked, it doesn’t matter how nice the rest of his suit looks. And Joe definitely couldn’t be in Enlightenment.”)

One of our exceptionally honest Blog-Buddies, ETHAN, has added this to our emerging thread:

I do have a bit of “ought to look” expectations of enlightenment.

Similar to KYLIE, I think about a twinkle in the eye, but I also think of the silly stereotype of the beautiful, youthful, yoga body/free spirit type.

Plus, Here’s My Invitation to Gain More Clarity about What We Expect Enlightenment to Look Like

Aren’t you expecting to see something in the appearance of somebody in Enlightenment? Please, help make this conversation even more juicy.

Feel free to quote from high-ranking blog posts about “What Enlightenment Looks Like.” (Just give us the author and the quote, please. Plus, is the author an Enlightenment Coach? Otherwise, what IS that person’s standing to teach us about this cherished ideal, self-realization?) I was a bit surprised to find 52 1/2 MILLION hits on this topic. Who knew that so many people were experts?

In that case, think about some public figure who has passed your personal test. Somebody who seemed to be in Enlightenment. Perhaps somebody on my Enlightenment Life List. What about that person’s appearance confirms that for you?

Yes, let’s do some truth seeking together. I’m cordially inviting all of you to contribute.

Later, I promise to answer Question # 1 and Question #2 . Meanwhile, boldly add what you do or don’t expect. Honestly, now! When seeing the photo of somebody who might be in Enlightenment. You know, to be able to “spot Enlightenment.”

As this thread has emerged, some of you have been sending in quotes about discerning Enlightenment. Supplied by other teachers.

And some of you have let me know, on blog or off. You’re interested. Well, me too.

No Doubt, Each of these Enlightenment Teachers Has Readers Who Believe (Strongly):

This Enlightenment Teacher is The Best!!!

I’m not seeking to tear anyone down. I’d just like to up our discernment about Enlightenment. Supplying today’s Energy Spirituality perspective!

To keep this lively conversation going, add one or more comments.

Thanks for providing a chance to sharpen discernment, my fellow teachers:

Awaiting Discernment Comments, While I Catch up Best as I Can