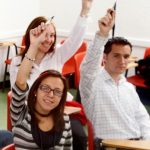 Enlightenment Eye Flash. Has it happened to you yet?

Enlightenment Eye Flash — find out what that means!

Blog-Buddies, sometimes I wish I could have an extra day within each day just for this blog, posting merrily away. So many great teachable moments are available, given thoughtful comments here about deeper perception in this Age of Awakening! Thank you, one and all.

Today I was planning to deliver a different article here: #1 in quite a long list of blog posts that I had arranged in nice, orderly fashion.

Having just googled “enlightenment eye flash,” I found only 604 hits. Check back at google in a year, folks. Once upon a time there were very few hits for “empath” or “cord of attachment” or “the power of face reading” or “chakra databanks” or “spiritual addiction” or other fun ways that RES is right out front in discussing what really happens in life energetically, as shown with skills of deeper perception.

And you, Blog-Buddies, are right out there with me among those on earth learning for the first time about Enlightenment Eye Flash. 🙂

What IS an Enlightenment Eye Flash?

At a subconscious level, everyone reads everybody else’s aura automatically.

Yes, energetically you’re on display to other people. Simultaneously their auras are showing to you. This is auric modeling in everyday life.

When someone has moved into Enlightenment, of course that Enlightened state of consciousness that shows in the person’s aura. Because Enlightenment is not a set of “correct” beliefs nor the lifestyle of being a renunciate (as opposed to a householder) nor ANYTHING that shows at the conscious human level.

Although normal for human beings, and increasingly common in this Age of Awakening, Enlightenment is wonderful to behold. There’s even a Sanskrit word for the blessing it brings, darshan. (Darshan means the auric modeling of someone in Enlightenment, so helpful for spiritual evolution.)

With the conscious mind, folks don’t see it. Not unless the person is doing aura reading at the time. (One of the many reasons to gain energetic literacy is so that you can do your own version of the consumer skill at this blog’s most popular post, where the vast majority of candidates for my Enlightenment Life List are not anywhere close to Enlightenment.)

Nobody Taught Me About the Enlightenment Eye Flash

I just began seeing it, soon after I crossed the threshold into Householder Enlightenment. Over at the blog post I dedicated to this, there were responses from others on my Enlightenment Life List for this community who have noticed the Enlightenment Eye Flash: JULIE, KYLIE, SANDRA, ADAM, DAVID B. And our new Blog-Buddy KATIE has described this as well.

Instead what happens is this. You are walking down the street, or wherever, and somebody looks at you. Say it’s JOE. HE does a super-quick double take, maybe lights up or the eyes open extra awake for a second and then go back to normal. That’s the Enlightenment Eye Flash, and it doesn’t happen on purpose because you have done anything in regular human objective reality.

JOE has subconsciously noticed your auric modeling and it wakes him up just a bit. That super-quick eye flash is all that shows. JOE might not consciously register a thing, not one single thought or feeling.

All in a day’s work, living on earth with that long-term state that is more than a flash of awakening but an ongoing state of consciousness.

Still, Blog-Buddies, whether you have moved into Enlightenment yet or not, you are always inspiring people through the magnificence of your auric modeling.

In fact, doing this could be considered the spiritual purpose of your life. Even though it takes no conscious doing whatsoever.

And yes, sometimes, what shows nonverbally is “taking a shine” to somebody. JOE could seem very engaged, talking with you. However, an Enlightenment Eye Flash will not happen until you have crossed the threshold into Enlightenment.

Okay, now for some clarification about Enlightenment Eye Flash.

Is this Enlightenment Eye Flash? Nope. It happens consciously.

It can be called taking a shine to somebody. Or recognizing a kindred spirit.

By contrast, Enlightenment Eye Flash does not necessarily have a conscious mind component. And the person might not seem especially kindred to you.

For example, I have researched some candidates for my Enlightenment Life List and definitely placed them onto my list. Because they meet my criteria for Enlightenment.

But did I personally consider them kindred spirits or even like them particularly as people? Not necessarily.

What Does Enlightenment Eye Flash Have to Do with Unskilled Empath Merge?

Let’s say that you have just met JOE. If you take a shine to him, or feel he’s a kindred spirit, that is conscious. You’ll have a thought, a feeling, etc. Conscious mind.

Unskilled empath merge is not done by the conscious mind. For the clearest, most detailed explanation about what happens with this super-quick shift in consciousness, you can read a very well illustrated part of  “Become The Most Important Person in the Room.”

Can the Enlightenment Eye Flash Be Prolonged?

Sure. EMILY told a great story about that in her Comment #26.

If someone is quite awake spiritually, after the initial Enlightenment Eye Flash that person might stare.

Some children and animals are especially prone to this.

For instance, GLADYS told me the story of visiting a home where she was told that the cat was terribly unfriendly. Yet that cat ran over to GLADYS and acted in an affectionate manner.

Personally I had an experience like that as well. I was in at JOE’s house. He had a cat. That cat came over immediately and acted so friendly. Far more friendly than with JOE.

Sadly, JOE had a pretty entrenched spiritual addiction at the time. Well, right after making a bit of a fuss about me, this cat went over to JOE, scratched his leg, then ran away.

Do You Need to Do Anything about Someone’s Enlightenment Eye Flash Directed Towards You?

Of course not. EMILY said it beautifully at Comment 42.

“You could answer questions if it comes up but… noticing this flash is kind of subjective because only you know what it really is.

“They could have all sorts of interpretations or even not consciously recognise it is happening.”

Do You Need to Fix Energy ANYTHING Happening to Others?

Nope. Almighty, omnipresent God doesn’t get into this. Why would you need to?

It’s vital to not be overly involved in energy. While living in this new Age of Awakening, energy is everybody’s shiny new toy. But that doesn’t make noticing it smart.

To progress — whatever your state of consciousness — emphasize what is human during your waking hours. Let the exception be taking up to 20 Daily Minutes of Technique Time, Tops.

No Need to COMPARE Energy Things, Either

Here’s an answer to the question from KATIE, “Just wondering if the difference between an eye flash and an unskilled empath merge is that eye flash is a pure higher self to higher self communication whereas an empath merge results to stuff getting stuck in your energy field?”

My advice is don’t go there. As someone relatively new to Rosetree Energy Spirituality (RES), you probably know about a smallish number of the 15 kinds of STUFF that are healed in RES sessions.

And then there are many more things that you can notice with deeper perception that are not STUFF, like Enlightenment Eye Flash.

A classic example of newbie energy-mixing up is this sweet question from KATIE: “How can a post new age person ensure eye flash and discourage unskilled empath merge when both happen so quickly perhaps it will be easier once I become more skilled.”

My Tricky Job, Monitoring this Blog

I do what I can, Blog-Buddies, to answer technical questions about energy in the most practical way possible. As in the name for this blog, “Deeper Perception Made PRACTICAL.”

Out of caring, not snobbery or other disrespectful motives, I will occasionally make a blunt comment as I just did about “don’t go there.”

Because it is easy to twirl off in different directions that will never be productive. Kind of like back in the Middle Ages, when religious folks would earnestly debate for hours how many angels could dance on the head of a pin.

How much did that help anybody.

I am finding something similar to this bigtime while monitoring the new Empath Empowerment® Skills Group on Facebook. Many folks go onto that group thinking that it is just the place to talk about a big full moon or random energy things they have noticed. Consistently, I say “No, not here.” This is a group to help empaths gain skills that make life better.”

Some folks there have hated this. They have unsubscribed pronto. One registered her disgust with a private message about how I was “patronizing and bossy” (or something like that).

Yet I know that some of you love this blog for exactly that same reason. Your comments go live whether I agree with them or not, but sometimes I do feel the need to set the record straight. Hence today’s blog post.

Really I’m just one teacher with certain things that I teach, caring very much to help people understand just those things. And to understand in a way that helps you to have a really good life.

Maybe even to have a good life in householder Enlightenment. Which is way, way more enjoyable that winning this week’s debate about how many angels can dance on the head of a pin.

Candid Thoughts on Rap. A Guest Post by ISABELLA C.
What Inspires You?